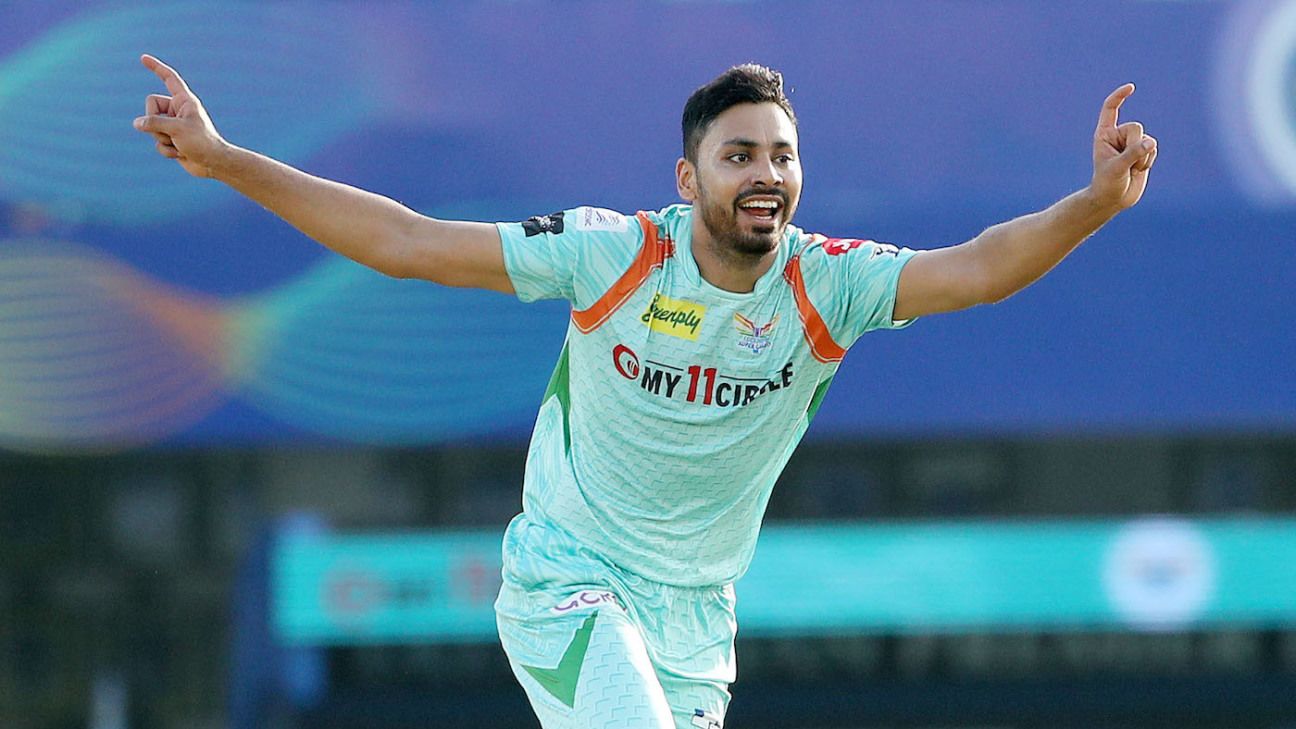 Captain: David Warner
Even after missing a couple of games this season, he is still the leading run-scorer for Capitals this season with 261 runs in six outings at an average of 52.18 and a strike rate of 158.18. He has been his side’s top run scorer in four of the six games. He loves batting in Wankhede Stadium as he has recorded scores of 25 or more in five of his seven outings here.
Vice-captain: Avesh Khan
Playing against his former side, the pacer who has been the leading wicket taker for Super Giants this season with 11 scalps in eight innings, will look to make an impact. He has never gone wicketless in Wankhede Stadium, picking up ten wickets in six outings so far at an economy of 7.56.

Hot Picks
KL Rahul: The second leading run-scorer in this tournament with 374 runs in nine outings at an average of 53.42 is a must have player in your safe XI. However, he averages only 26.90 in 13 games against Capitals, which is why he is not one of our captaincy choices for this game in our safe XI.

Kuldeep Yadav: The only player to win four player of the match awards this season is Kuldeep Yadav and he is also the second leading wicket taker in this tournament with 17 wickets in eight games at a strike rate of 10.4. The last time he played at this venue, he picked up 4/14 against Kolkata Knight Riders.

Differential Picks
Mohsin Khan: The 23-year-old left-arm pacer from Uttar Pradesh has been very impressive so far especially in the last game where he picked up 3/24 and scored a crucial 13* while coming lower down the order. He has taken 37 wickets from 29 T20 matches at a brilliant economy of 7.07.

Krunal Pandya: Krunal Pandya at 8.5 credits is an absolute steal in our safe XI as he is the highest fantasy points aggregator (836) in WonderWins fantasy app among players from these two squads. In the last three games, he has picked up six wickets at an economy of 4.91 and has played some significant knocks with the bat too, now that he is batting higher up the order.