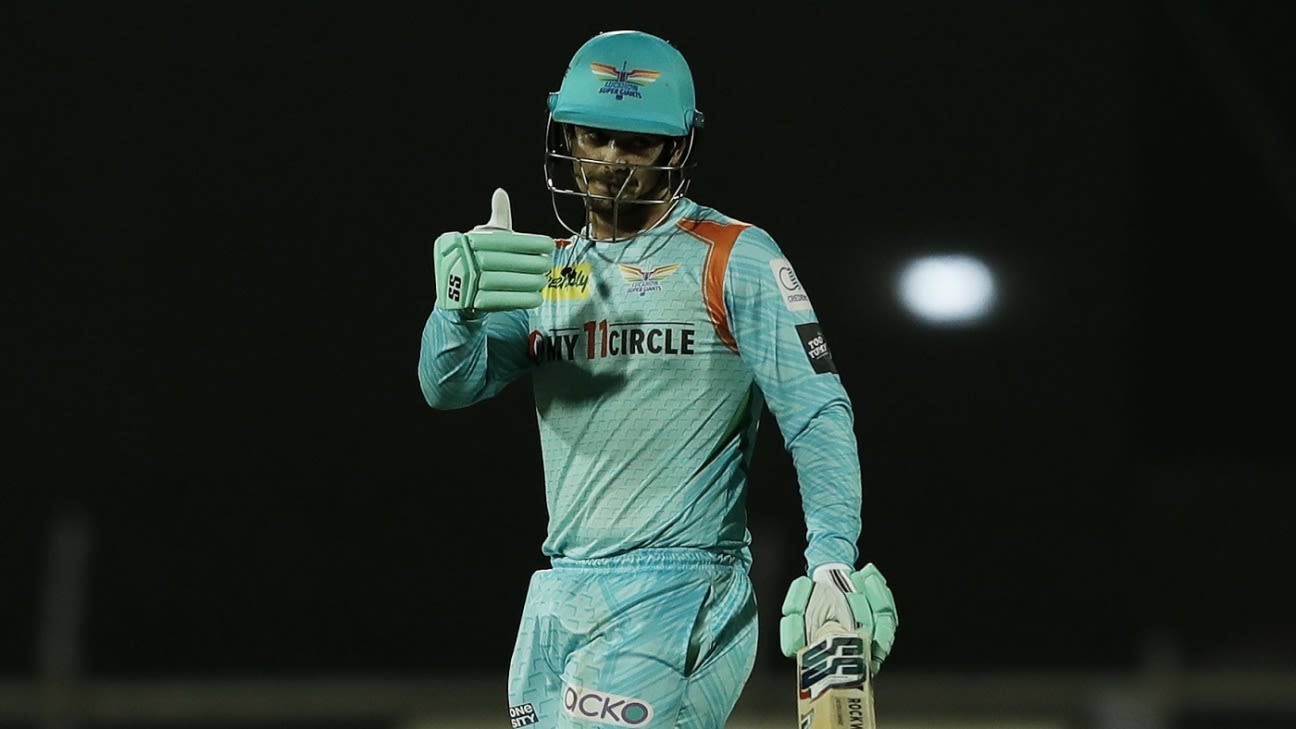 Another overseas player who is due for a big one. de Kock is the second-leading run-scorer for Super Giants this season with 225 runs in eight innings at a strike rate of 133.13. He loves batting against Kings, having scored 323 runs in ten outings at an average of 35.89.

KL Rahul: One of the most prolific batters in the history of this league, Rahul has already made 368 runs in eight innings this year, at an average of 61.33 and a strike rate of 147.79. Although he has been a cautious starter in powerplay with a strike rate of 113.58, he has only got out twice in the first six overs, which makes him a compelling fantasy pick.
Shikhar Dhawan: The Kings opener has been a consistent performer this season recording scores of 30 or more in five of the eight outings so far. His last four scores in Pune are 70, 52, 79 and 30
Bhanuka Rajapaksa: The Sri Lankan keeper-batter has made 30-plus scores in three of the four games he has played this season. Almost 70% of his runs have come in boundaries, which gives you additional fantasy points.
Arshdeep Singh: The young left-arm seamer was the joint-sixth leading wicket taker in last IPL with 18 wickets in 12 games. Unfortunately, he has not been that prolific in this season but, with an economy rate of 5.66, he has been the most miserly death bowler of IPL 2022 (min. 12 balls bowled)