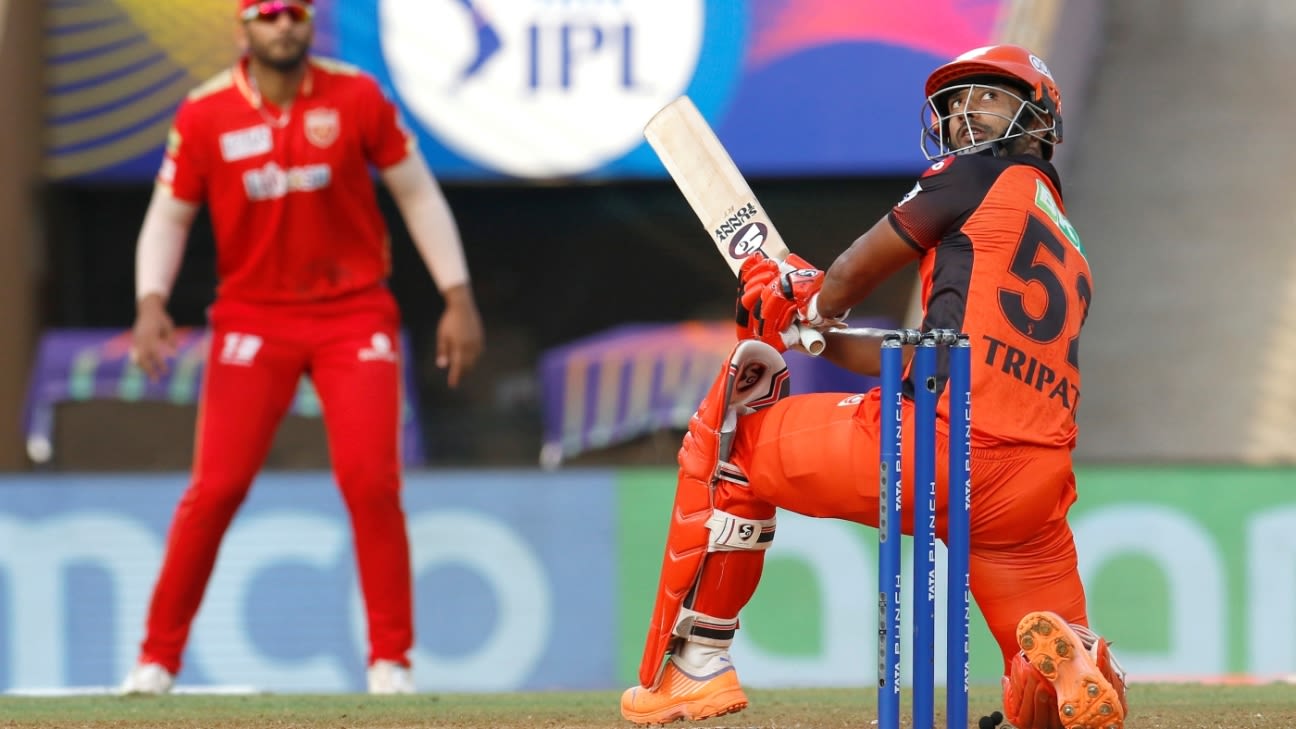 Captain: Rahul Tripathi
Sunrisers’ No. 3 Tripathi loves batting against Super Kings: he has 232 runs at an average of 33.14 and a strike rate of 150.65 against them. He has been aggressive against pace bowling this season, scoring 156 runs at a strike rate of 179.31 and an average of 52. And with Super Kings’ quicks also having the highest economy rate of all teams this season (9.44), expect Tripathi to play a big knock.

Vice-captain: Abhishek Sharma
The opener has been in terrific form this season, scoring 285 runs at an average of 35.62, and is so far the leading run-scorer for his side. Among those runs, 154 have come in the powerplay with just two dismissals in that phase. He scored a 50-ball 75 the last time he played against Super Kings.

Hot Picks
Shivam Dube: One of the few positives for Super Kings in their forgettable first half this season has been Dube’s form with the bat. He is the leading run-scorer for them with 247 runs in eight innings at a strike rate of 159.35. Dube is due for a big knock after a few consecutive low scores.

Umran Malik: Malik’s 5 for 25 against Gujarat Titans in the last game is the highest bowling-impact performance in IPL history according to ESPNcricinfo’s smart stats. He is not just bowling with pace, but is also the joint-third leading wicket-taker this season with 15 wickets in eight games at an economy of 7.96.

Differential Picks
MS Dhoni: Dhoni has shown glimpses of his vintage form this season with knocks like 28* (13) and 50 (38). Against Sunrisers in IPL, he has scored 480 runs in 17 innings at an average of 53.33 and a strike rate of 145.90. Plus, Dhoni has 94 runs in 57 balls without getting out even once against Bhuvneshwar Kumar in IPL.

Washington Sundar: Sundar started the tournament brilliantly with the bat scoring, 40 off 14 balls, while also starring with the ball early. But he has gone sedate after that, aside from being out injured. The last time Sundar played against Super Kings, he picked up 2 for 21.