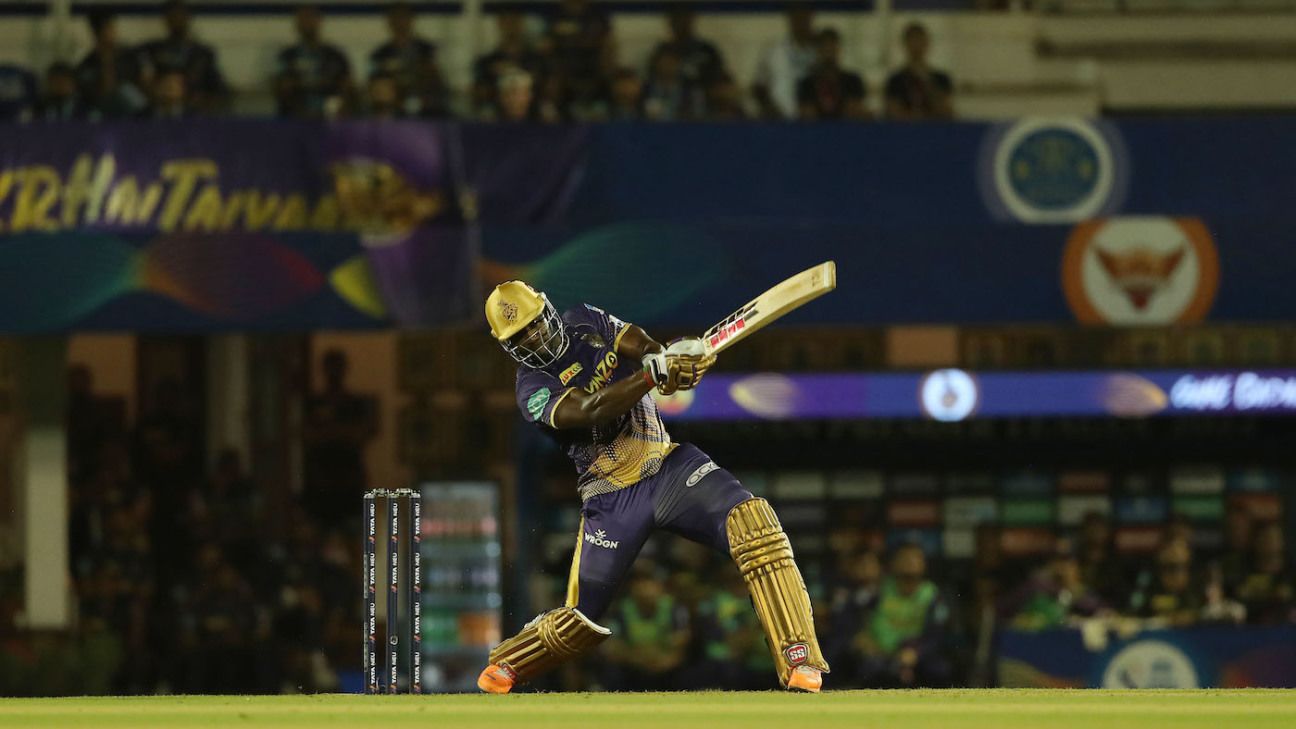 Captain: Andre Russell
The Jamaican allrounder is the only player to score in excess of 200 runs and take ten or more wickets this season. He is back to his best, scoring six every 5.7 deliveries, best in the league this season for a batter with a minimum of 100 runs. Since 2018 against Capitals, he has scored 274 runs in seven innings at an average of 45.67 and a strike rate of 186.39 and has taken seven wickets in seven matches.
Vice-captain: Rishabh Pant
Although yet to score a half-century this season, the Capitals’ captain has recorded scores of 25 or more in his last five innings. Pant loves batting at the Wankhede Stadium, having scored 284 runs in eight innings at an average of 47.33 and a strike rate of 182.05 in IPL.

Hot picks
David Warner: The Australian opener is the second leading run-scorer against Knight Riders in the IPL history, with 976 runs in 25 games at an average of 44.36 and a strike rate of 145.02, only behind Rohit Sharma. He has been in fine form for Capitals at the top this season, scoring 219 runs at a strike rate of 157.5 with just one dismissal in the powerplay.

Shreyas Iyer: The former Capitals captain is the leading run-getter for Knight Riders this season with 248 runs in eight innings at a strike rate of 142.52. Earlier this season, he scored a 33-ball 54 against Capitals.

Differential picks
Tim Southee: The New Zealand fast bowler has been impressive for Knight Riders this season, picking up eight wickets in just three matches so far. Since 2020, he has picked up 61 wickets in 39 outings at an average of 19.

Rovman Powell: His 15-ball 36 in the previous game against Rajasthan Royals would have given him the much-needed confidence after a poor start to the season. In the six T20Is he has played for the West Indies this year, he has scored 242 runs, including a century, at a strike rate of 187.59.