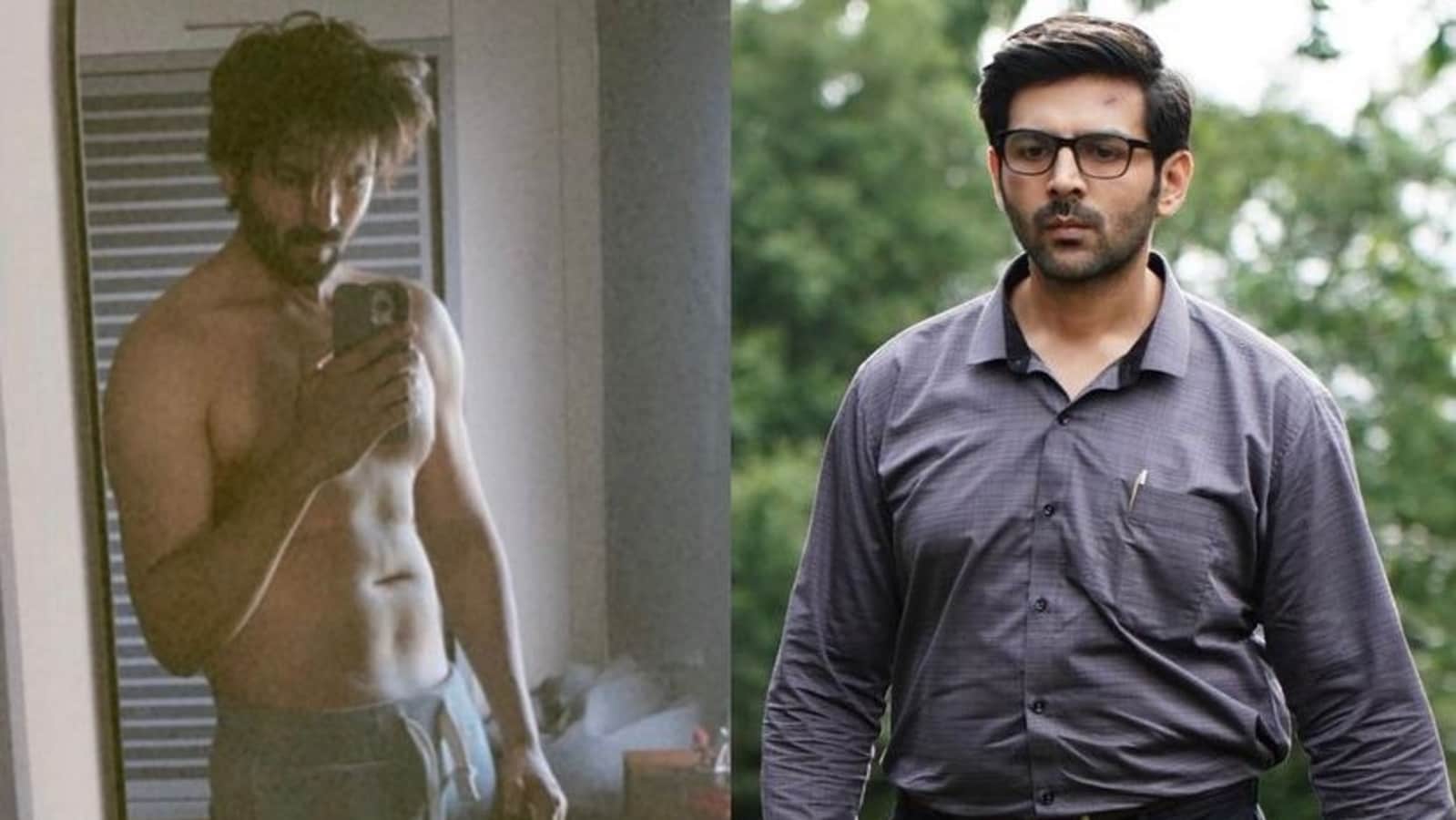 Kartik Aaryan took to Instagram to share his experience while preparing for his upcoming movie. He put on 14 kgs to do justice to his role in Freddy. Fans applauded him for his hard work and determination in the comment section. Freddy will release on December 2 on Disney+ Hotstar. (Also read: Freddy teaser: Kartik Aaryan is introverted dentist by day and killer by night)

The picture shared by Kartik featured himself before and after he started working on his body. He posted a shirtless mirror selfie and one from his movie Freddy. Sharing the post on Instagram, he wrote, “This is the Origin Story of #Freddy which put me under a lot of physical strain and sleepless nights , Seldom come such opportunities where we get to showcase a completely different side and Freddy is that character (black heart and turtle emojis).”

Kartik’s transformation inspired many of his fans. Reacting to his post, one of his fans wrote, “What a transformation, method acting on point.” Another fan commented, “I am definitely sure… this is a big game changer..So proud of you K (Kartik).” Other fan wrote, “To all those sleepless nights, seldom of yours, we are proud of you (red heart emoji).” Many fans appreciated his dedication level and dropped heart emojis for him.

Recently, Kartik unveiled the first teaser-trailer of Freddy and wrote, “Welcome to the World of #Freddy. Appointments open 2nd December 2022.” He will essay the role of introverted dentist, who appears to be a serial killer. The film is directed by Shashanka Ghosh.

Freddy is Kartik’s first film after the box office success of Bhool Bhulaiyaa 2 alongside Kiara Advani and Tabu.

He will be next seen in Shehzada, which will mark his reunion with co-star Kriti Sanon after Luka Chuppi. It is directed by Rohit Dhawan, the film is set to release in February next year. It is the official Hindi remake of Allu Arjun’s Telugu blockbuster movie Ala Vaikunthapurramuloo.

Kartik also has Satya Prem Ki Katha alongside Kiara Advani and Aashiqui 3 in the pipeline. The makers of the movie are yet to tell which actor will star opposite Kartik in Aashiqui 3.