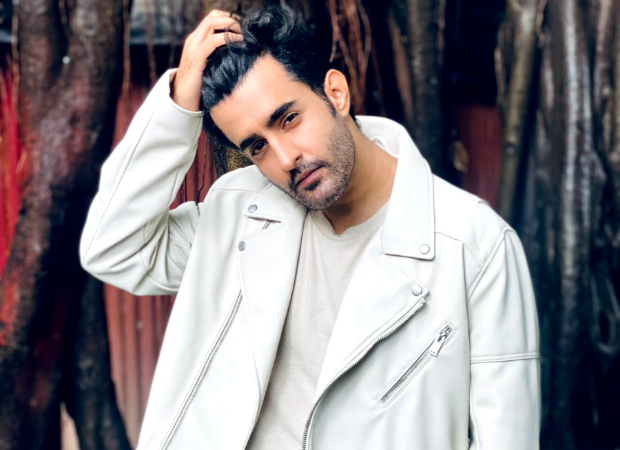 Actor Satyajeet Dubey made his screen debut with the 2011 film Always Kabhi Kabhi which was produced by Shah Rukh Khan’s production house Red Chillies Entertainment. He was last seen in the film Prassthanam alongside Sanjay Dutt and has now made his digital debut with the series Mumbai Diaries 26/11 on Amazon Prime Video. The show which is a mix of fact and fiction based on the 26/11 attacks on Mumbai has struck a chord with the audience. The show highlights the plight of the doctors and staff of a general government hospital of the city and how they deal with the 26/11 crisis. In an exclusive interview with RHN, Satyajeet Dubey spoke about his character on the show, memories related to 26/11, and his decade-long journey in the showbiz.

Satyajeet Dubey plays a trainee doctor named Ahaan Mirza who joins the hospital on the fateful day of the terror attacks on the city. Talking about his character, Satyajeet said, “Ahaan is the most internalised character of my career so far. So I had to do a lot of work on internalising his being and his backstory. He suffers from this condition called imposter syndrome, a space where you have major confidence issues and one constantly feels like a fluke, but having said that you can’t become a doctor if you’re actually a fluke. His sensitivity towards others pain makes him a beautiful soul, always being there for people around him, he’s also shit scared when the terrorists are open firing yet he makes certain choices which are heroic without being your quintessential hero.”

“It’s hard for me to explain the process of becoming Ahaan, but yes I did a lot of research on imposter syndrome, read articles, watched various videos, and then imbibed it in Ahaan’s being. I was coming out of Prassthanam, so I had to lose some 8 kgs of weight and muscle mass to make him look the way you saw Ahaan,” he added.

“To be honest I do my best to do the whole switch on switch off thing, but yes with this kind of storytelling and character, it does exhaust you emotionally and physically too by the end of each day,” he said talking further about playing an emotionally charged character.

The 26/11 terror attacks are the most horrifying and unforgettable event in the history of the city. At the time, Satyajeet was new to Mumbai and recalled how he remembers the fateful day. “It was my second year in Mumbai. I used to live in Andheri east and was walking back to my place after dinner and a police van went past with loudspeakers asking everyone to get inside their homes. We got back and saw the horror unfold on news channels and there was a feeling of anxiety, shock, and fear. One of my then neighbours lost his life while he was at CST; this was extremely heart-wrenching,” he remembered.

Meanwhile, Satyajeet has been a part of the industry for a decade now but has been seen in only a handful of projects. When asked about what he looks for when he chooses a project he said, “It is a difficult space to survive and then to thrive. I’ve been doing my best; have given numerous auditions, running from pillar to post since my first film Always Kabhi Kabhi released. I want to be on a film set ever-day but that quality work needs to come to you. I’m grateful for everything but truth to be told these 10 years were quite challenging, but I’ve survived because I know I’m good at what I do. When you don’t have a commercial hit or big makers backing you it becomes difficult, and one thing that always stuck with me was half your talent is in the kind of choices you make.”

“Anyway, I don’t have a buffet of projects in front of me, in spite that I’ve tried my best to do quality work. One must know what one is and not do things just for the heck of it, settle for less. I don’t. I look at what’s the story, what’s my part, it has to be a lead or one of the primary parts, who’s the maker, it’s not rocket science truth to be told,” he added.

The OTT platform has evidently seen a boost in the last couple of years especially with the theatres shutting down amidst the pandemic. The multiple OTT platforms have provided a platform for artists to display their work and get closer to their audiences. “Of course it’s great for all the actors, storytellers, and technicians. Has it been the same for me personally? Well, I’m quite positive about that, my OTT debut Mumbai Diaries 26/11 is receiving a lot of love from the audience and people are loving Ahaan Mirza, my character in it. So I know everything is just gonna get better from here on. I have another series lined up, again with Amazon Prime Video. So yes fingers crossed,” Satyajeet said.

Satyajeet Dubey has already started work on his next which is titled Aye Zindagi and will also mark the return of South actress Revathy to the Hindi film industry. “Aye Zindagi is quite a beautiful heartfelt story about a terminally ill young guy and organ transplantation. Emotionally and physically my toughest so far. I think I’m really lucky that I’ve got various opportunities to work with some of our top industry legends and now I’m working with Revathy ma’am, she’s got this beautiful calm aura about her and she’s a phenomenal actor. Mine and her character share a beautiful bond, a sensitive relationship in this story. As an audience, I love seeing Revathy ma’am on screen and now working with her is a double bonus,” he shared.