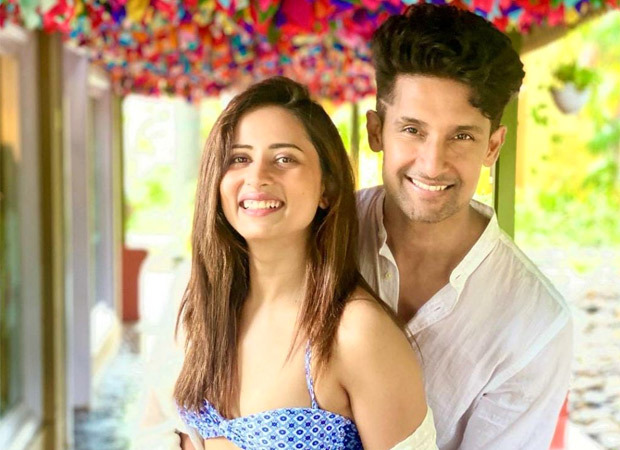 Telly couple Ravi Dubey and Sargun Mehta are one the most idealistic couples in the industry. Apart from sharing great compatibility in real life, they are also exceptional on the professional front. This year the duo has also turned into producers and have produced Colors TV’s popular drama Udaariyaan under the banner Dreamiyata Entertainment. The show is been immensely loved by the audience and is also doing well on the TRP charts.

Recently, in an exclusive conversation with RHN, Ravi Dubey expressed how he feels working with wife Sargun Mehta as a co-producer and his plans for the future.

On working with Sargun as a co-producer, Ravi says, “The dynamics are beautiful. I think if you have to be co-producer with someone or you have to co-produce with someone who’d be better than your own partner? And I think me and Sargun are exactly the same. We have exactly the same frequency, we have the same kind of inductive intentions for each other and for the unit as well. I cannot get work done with anybody else than Sargun. I think we’re moving forward so beautifully and that only happens when your partner is also your partner in life. There can be no better association than that. As we are also moving forward as a unit, the results are out there for everybody to see. So, it’s good and it’s great.”

Talking about his future plans and sharing the screen with Sargun again Ravi said, “It’s difficult to answer. But I really don’t know when, but I intend to do it definitely and it would be a great association. But as of now, I don’t have a plan for where and when. Also, I don’t believe in making a lot of plans to be very honest. I never had a plan. Most of the things I had were in the organic flow and I believe in surrendering to that organic flow because you cannot think out of your perception right? You can’t make plans that are not already in your perception. But the way the manifestation occurs or the way it unfolds, they unfold it beyond your perceptions.”

He added, “When I started out my journey as an actor, one did not know that we’ll be producing content one day and it was definitely not on the bucket list as well. These are the things that organically happened, you have to give things a chance to organically unfold and they unfold and the plans that occur is way better than the plans which you could have. That’s what I feel and I feel very invested with that thought.”

ALSO READ: EXCLUSIVE: “I auditioned for the role of my first show in Dilip Kumar Sir’s house,” says Ravi Dubey