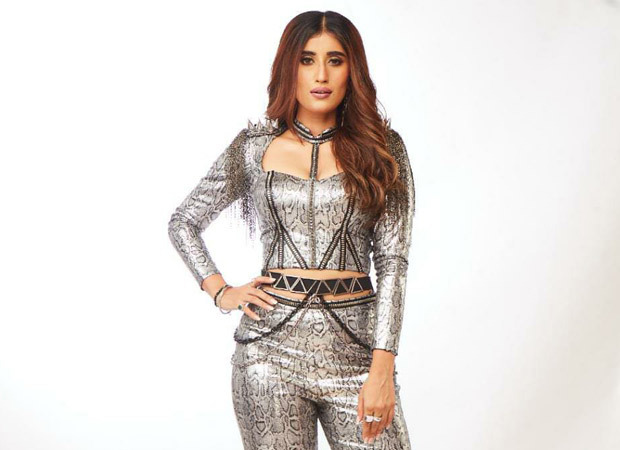 Singer Akasa Singh is popularly known for her famous music tracks such as Naagin, Kheech Meri Photo, Aithey Aa, and Dil Na Jaaneya among others. The singer who participated in the Bigg Boss 15 this year got recently evicted from the show and got into an exclusive chat with RHN.

How was your journey so far?
I feel like it was a roller coaster of emotions and situations. I think at the beginning itself I got a little late in understanding the game. Till the time I understood the game, I got out. It was interesting and it’s not an easy thing to be in the Bigg Boss house I would like to say especially for someone like me who does and bring emotion above everything. So, I got a little lost in the beginning and got close up a little that didn’t work in my favour. I feel I could not show a side of my personality because constantly I would just take things to heart and I would get hurt. I felt a little lonely so yeah it was difficult in the beginning but it was a beautiful journey I learnt so much.

How have you as a person has changed after coming out of the Bigg Boss?
Honestly, I did have a lot of fears that came true when I went in. I had these fears for a long time. I was offered Big Boss a bunch of times this was the fourth of the fifth time I was offered the show and every time I denied it thinking that it was not meant for me. I was told by everybody that nothing such exists, it is all in my head but that actually came true when I went inside the house. So somewhere or the other some fears came true which were even more disappointing to me. But, apart from that, I did make bonds with whom I got comfortable. I have learned that and my perspective has changed in a way that not everyone is going to think like you not everyone is going to feel like you and not everyone is going to understand where you are coming from. I have come out a little more well aware.

Did you expect your elimination at this point of the game?
Not at this point, I expected it before to be very honest. I understood that my own audiences who have seen me must be disappointed. I was wondering if they are feeling that Akasa is not as entertaining as she is in real. I felt that in the first week itself because I was so lost and upset. I was like it’s ok I’ll go home. I used to cry every second day so, I really wanted to go home. But at this point where I was, I felt like I had put my emotions aside and I am playing my game. I gave my 100% from day one itself even when I felt lost. It’s not like I held back from anything whether it is doing tasks or maintaining my relationships or doing the duties, I gave it all. Maybe my way of doing things was different and that’s what made people thought that I’m not a fit into this house. But then I feel like I was picking up and suddenly got out.

During your eviction, Pratik got really emotional and Karan confronted him, What do you have to say about that?
There were many situations where I was in the middle because I was very close to Karan and also I was very close to Pratik. I use to yell at both of them that why do they fight despite caring for each other. I tried being the mediator between both of them but I don’t know how successful I was. Karan has always maintained that he is emotionally affected by Pratik. I don’t know whether it will change in the upcoming game or not. While Pratik has also been very vocal about the fact that he thinks of him as an elder brother and as a mentor. Having said that both of them won’t let that emotion come out in between the game. But I did see that Karan went up to him. I think that is because Karan was very close to me as well. From the beginning itself, he saw that both of us care for each other. Yes, he did warn me in the beginning because he was very protective about me. After warning me a couple of times he gave up on that idea. He also understood how will pretty get affected when I will go out.

Whom do you think are playing the strongest game inside the house?
On the very top, Prateek and Karan for sure. Even though their way of playing is way too different and in fact quite opposite. But I think they are both really strong players. I am not saying this out of bias but the audiences have also seen it and they would also agree to it.