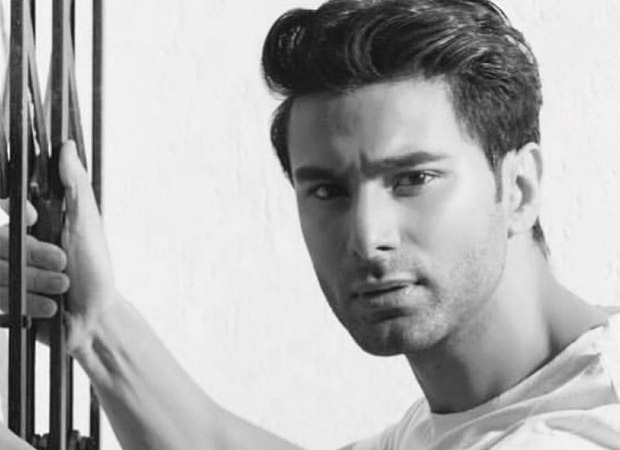 After being the charming lover boy and loyal best friend in Dil Hi Toh Hai, Abhinav Kapoor is back on screen with Bade Acche Lagte Hain. He sat down with RHN to discuss his journey as an actor, the show, his co-stars Nakuul Mehta and Disha Parmar and a lot more.

After Dil Hi Toh Hai, this is an ensemble cast for Abhinav. Speaking about the same he said, “With a huge cast, the audience really gets to see a lot of different shades. Every character has a lot of different shades and take on things. The more characters you have, there is a lot more that you can expect from the story. I think the story is also more in depth with so much to show and portray simultaneously about different characters. The pace of the story increases and the show really moves fast. The scenes are paced, the story is paced and the audience is also hooked. I believe this is the biggest advantage because you have more angles and shades to showcase in the story.”

Working for Balaji again and doing a love story, he talks about the difference, “I have done about 7-8 shows for Balaji. What is different for Dil Hi Toh Hai and Bade Acche Lagte Hain is quite a lot but the common part is that it is a love story. The difference is about how it is being told, the characters are different, the treatment of the story is different. Personally, I think this story is different because it is male centric. They have shown a softer side that men possess but isn’t spoken about often. Most of the shows portray men being macho but here Ram is a very normal person. He is just one of us, very relatable and Ram’s character is crafted so beautifully, that is something I really like about the show.”

Speaking about working with Nakuul and Disha and their camaraderie, he says, “I have never worked with them before but I have seen glimpses of their previous shows whenever they have done it. And I have always really liked their work. But when I met them, they are both really energetic people and they bring a lot of freshness to the screen. Honestly, I feel before they speak, their aura speaks for them and which is a very strong trait as actors. They are great co-stars, we have a lot of fun while working, we joke around, we laugh. I think, whenever I am around them I am only learning new things and they are fantastic actors and they bring a lot to the table. Even when I am shooting with them, it is a lot of fun to watch them perform.”

Comparisons are inevitable and they are bound to happen. Speaking about the same, Kapoor quips, “It is bound to happen, because this show is already a brand. The audience loved the show, they loved Sakshi Tanwar and Ram Kapoor and they are both great actors anyway and they are prodigies of Indian television, with films also now. Both of them are brilliant. The first

installment had a brilliant set of actors apart from Ram Kapoor and Sakshi Tanwar. There is no competition here. They have already set a benchmark. We need to either be better than it or atleast match the level of the show and keep it on the same level.”

He speaks about honesty towards work and the story, “That is what we need to do as actors, we need to be honest with our work. Then what happens is secondary, it is for the audience to decide. We as actors have to be very honest with our work and do it to the best of our abilities and the rest is for the audience to decide. I don’t get bothered with comparisons, I think it is bound to happen. I mean they did their part and now it is our turn. That show is already gone, this is the second installment and is the present and we will give our best. And with the kind of cast and crew that we have with the show, I think we will definitely make a difference.”

He also talks about his expectations from the show and what the fans can look forward to, “To be extremely honest, I don’t expect too much from any project because personally, I give my best and then I let it be. Whatever you do, you can’t change the destiny, every show, every story has its destiny. I think this show is really special, because it is a great story and like I said it is a brand already. The good part is we don’t need to publicize it too much because it has already been there. But the tough part here is that we need to live up to the expectations. And if not better, we at least need to be as good as the first part. I think other than that, I want people to like us and appreciate our honest work. Because as an actor appreciation is everything. We live for appreciation because we perform and it is all for the audience and that clap. I just hope that the audience likes what we do and hope they can shower us with the same love and appreciation they showered the first installment with. And they can love every character, since everyone is working very hard and giving their best.”