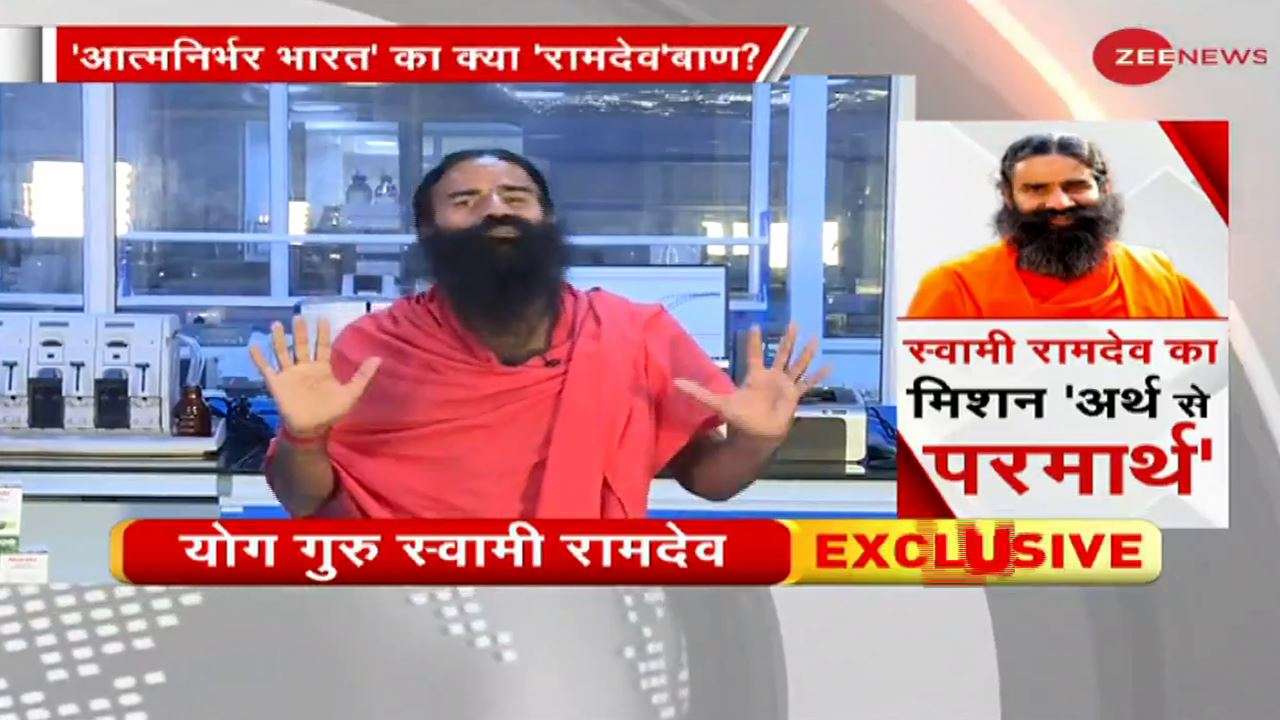 Yoga guru Swami Ramdev’s Patanjali Yogpeeth has reached a valuation of Rs 25,000 crores, breaking the dominance of foreign companies. Ramdev says that Patanjali Yogpeeth set the inspiration for self-reliant India and contributed to the economic prosperity of the country. In an exclusive conversation with Zee News, the Yoga guru said that Patanjali has shaken the roots of foreign companies which were dominant in India.

During the coronavirus period, when major companies were closed, Patanjali made a lot of progress. Sharing his business mantra, Ramdev said that he worked with corporate governance, management, and 100% transparency. He said that more important thing is that the company never compromised with its principles. He said, “125 crore people of the country know me by my name and my work. I did not leave Yoga for a single day for 45 years. People have faith in me.” Describing his business mantra, Ramdev said that whatever you do, do it with hundred percent authenticity.

“Yoga has cured incurable diseases and today, a large section of the world has joined yoga. Yoga is the biggest religion of this time,’ he added.