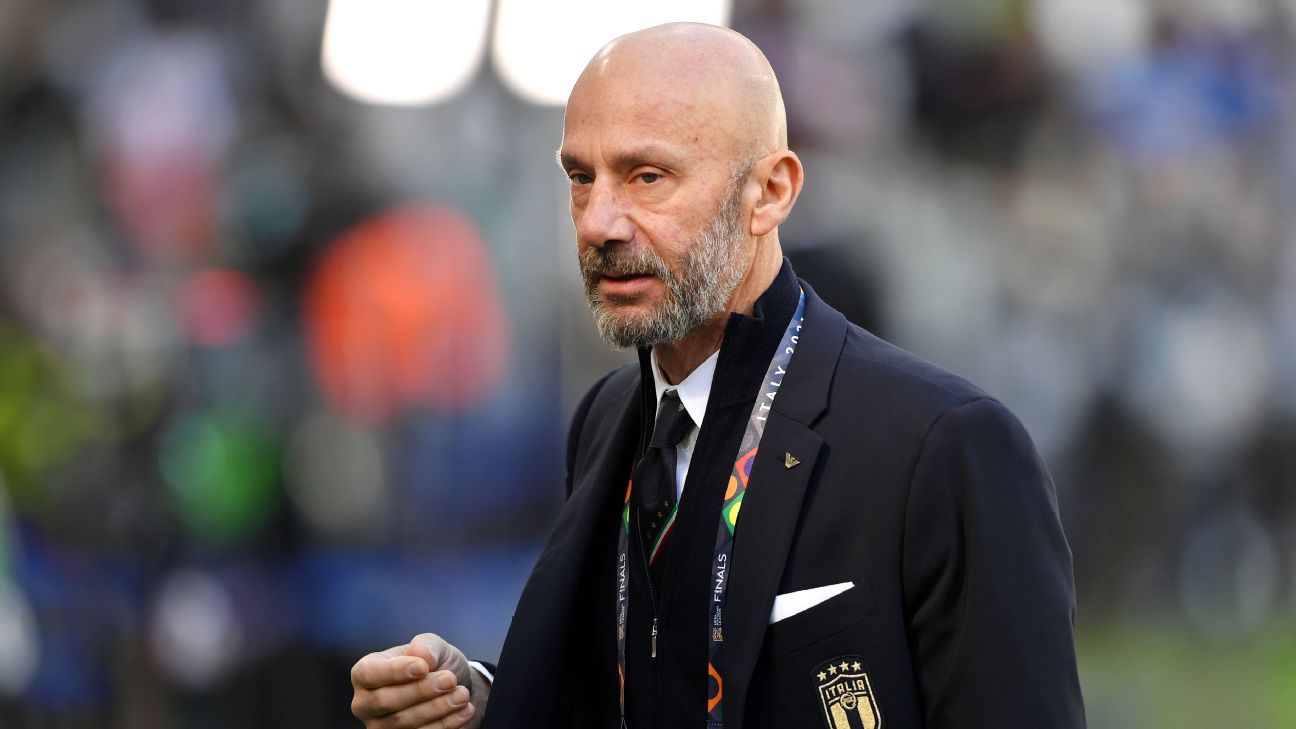 Former Chelsea and Juventus star Gianluca Vialli has died at age 58 after dealing with cancer for five years.

Vialli was first diagnosed with pancreatic cancer in 2017 and for a second time in 2021.

A statement from his family on Friday read: “Surrounded by his family, he passed away last night after five years of illness faced with courage and dignity.

“We thank the many who have supported him over the years with their affection. The memory of him and his example will live forever in our hearts.”

Vialli was part of the coaching staff that led Italy to Euro 2020 success, but he left his role with the national team in December in order to undergo more treatment.

“I know that I probably will not die of old age, I hope to live as long as possible, but I feel much more fragile than before,” Vialli had said in a Netflix documentary aired in March 2022.

He described cancer as “a travel companion” that he hoped would eventually leave him in peace after testing his mettle.

“Illness can teach a lot about who you are, and can push you to go beyond the superficial way in which we live,” he said.

Following the news on Friday, Italian Football Federation president Gabriele Gravina said: “Gianluca was a wonderful person and leaves an unfillable void, in the national team and in all those who appreciated his extraordinary human qualities.”

Vialli first emerged as a young player with his local team Cremonese in Italy’s third and second tiers.

He moved to Sampdoria in 1984 and helped the club enjoy the most successful period in its history, winning the Italian Cup three times. Vialli scored twice as Sampdoria beat Anderlecht 2-0 in 1990 to lift the European Cup Winners’ Cup.

He also played a major role when Sampdoria claimed the Serie A league title in 1991 for the first and only time, scoring 19 goals.

Vialli left the Genoa-based club in the summer of 1992, moving to Juventus, where after a sluggish start he rediscovered his goal-scoring touch and helped the Turin giants win the Italian league in 1995 and the Champions League the following season.

He joined Chelsea on a free transfer in 1996 and became player manager two years later when Dutchman Ruud Gullit was sacked.

Under Vialli, Chelsea won the League Cup and Cup Winners’ Cup in 1998 and the FA Cup two years later before he too was dismissed.

You’ll be missed by so many. A legend to us and to all of football.

His last managerial role was in charge of Watford in the English second tier in 2001 and 2002.

In October 2019, Vialli was appointed Italy’s new delegation chief, meaning he was reunited with head coach Roberto Mancini, a lifelong friend and strike partner when they both played for Sampdoria, where they were known as “the goal twins.”

Mancini and Vialli led the Italians to Euro 2020, lifting the trophy in Wembley Stadium. Their Sampdoria team had lost the European Cup final to Barcelona at the same venue 29 years earlier.

The pair celebrated with a tearful embrace that “was more beautiful than the hugs we used to give each other when I passed him the ball and he scored goals,” Vialli said in a TV interview with Italy’s RAI in November.

Information from Reuters contributed to this report.

Flag football a hit with players at revamped Pro Bowl