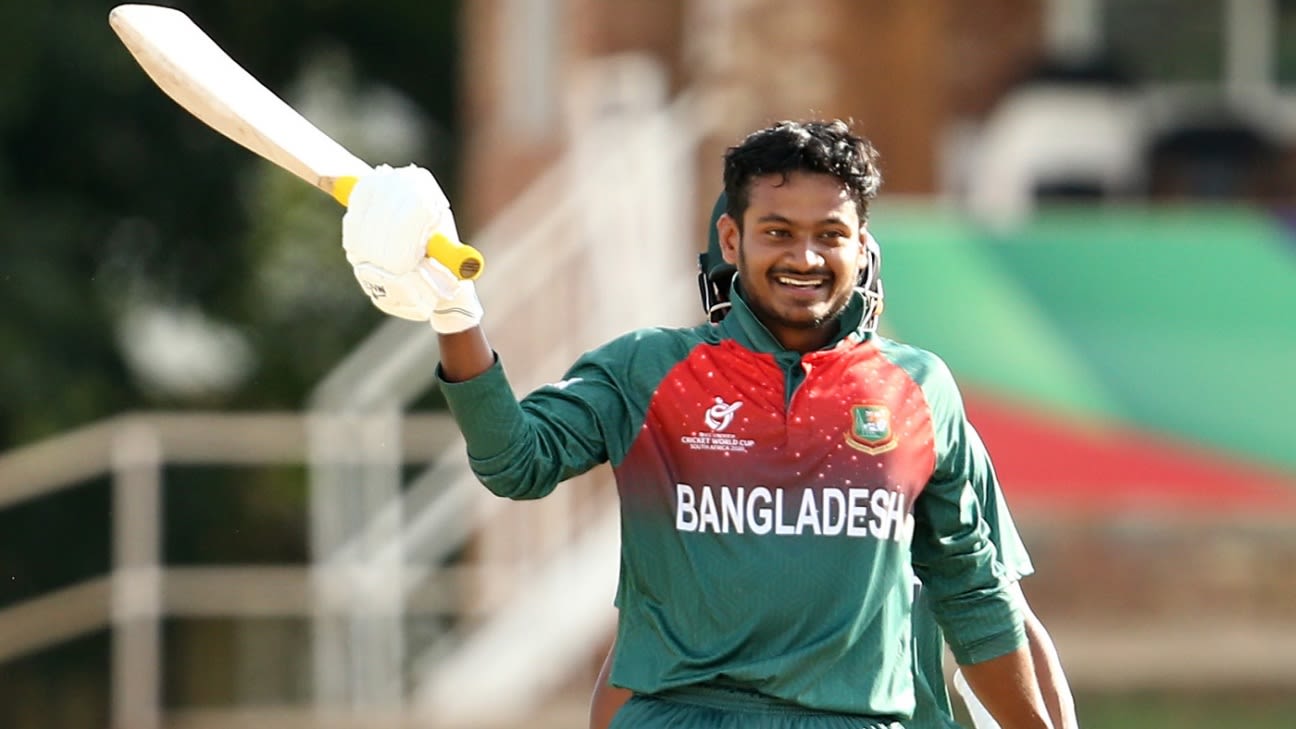 With stories mirroring those of cricket nuts across the subcontinent, Mahmudul Hasan Joy and Rejaur Rahman Raja are on the brink of realising their dreams

Mahmudul Hasan Joy and Rejaur Rahman Raja, the newest faces in Bangladesh’s Test squad, might have taken very different paths to the top, but taped-tennis-ball cricket, ubiquitous in cricketing stories across the subcontinent, inevitably comes up when they look back on their journeys. Speaking ahead of the home Tests against Pakistan, the two relived some memories of their formative years, and spoke of their joy at breaking into the Test squad.

Virtually an unknown quantity, fast-bowler Raja came through a talent-hunt programme, sponsored by Gazi Group, in 2016, before playing the Dhaka leagues, and eventually being picked for first-class cricket. He has played only a handful of first-class matches for Sylhet Division, but had already impressed the likes of high-performance bowling coach Champaka Ramanayake and chief selector Habibul Bashar.

“I started playing cricket with a taped tennis ball. After I played in my first cricket ball tournament, some of the elder brothers from my neighbourhood told me I should start training in the stadium,” Raja said after a training session with the squad at the Zahur Ahmed Chowdhury Stadium in Chattogram on Tuesday. “Once I started doing that, I realised I can do well with the cricket ball too. That’s how I got started.”

Raja feels an ability to continue to bowl fast during his later spells on any given day is one of his main strengths. “Fast bowlers from Sylhet like Rahi bhai [Abu Jayed Rahi], Ebadat bhai [Ebadat Hossain] and Khaled bhai [Khaled Ahmed] have motivated me.

“I like taking on challenges. I have done well in first-class competitions. I can build on bowling a number of spells in a four-day match. I can maintain my strength. I can bowl consistently. I can move the ball too. I have bowled faster later in the day than I bowl at the start of the day.”

“I have a hard time expressing my feelings about this moment,” Joy said. “Everyone dreams of this day. I am really happy at my first opportunity in the Test squad. I am quite confident after a few good innings in the NCL. I also did well in the high-performance and A-team matches. These matches have prepared me for the challenges ahead.”

In another story common to players across the subcontinent, both had to convince their families to let them pursue cricket even if it sidelined their education. Now the question remains, come match-day against Pakistan, can they realise the dream of scores of other cricket-mad kids from the region who face similar obstacles and nurture similar aspirations?