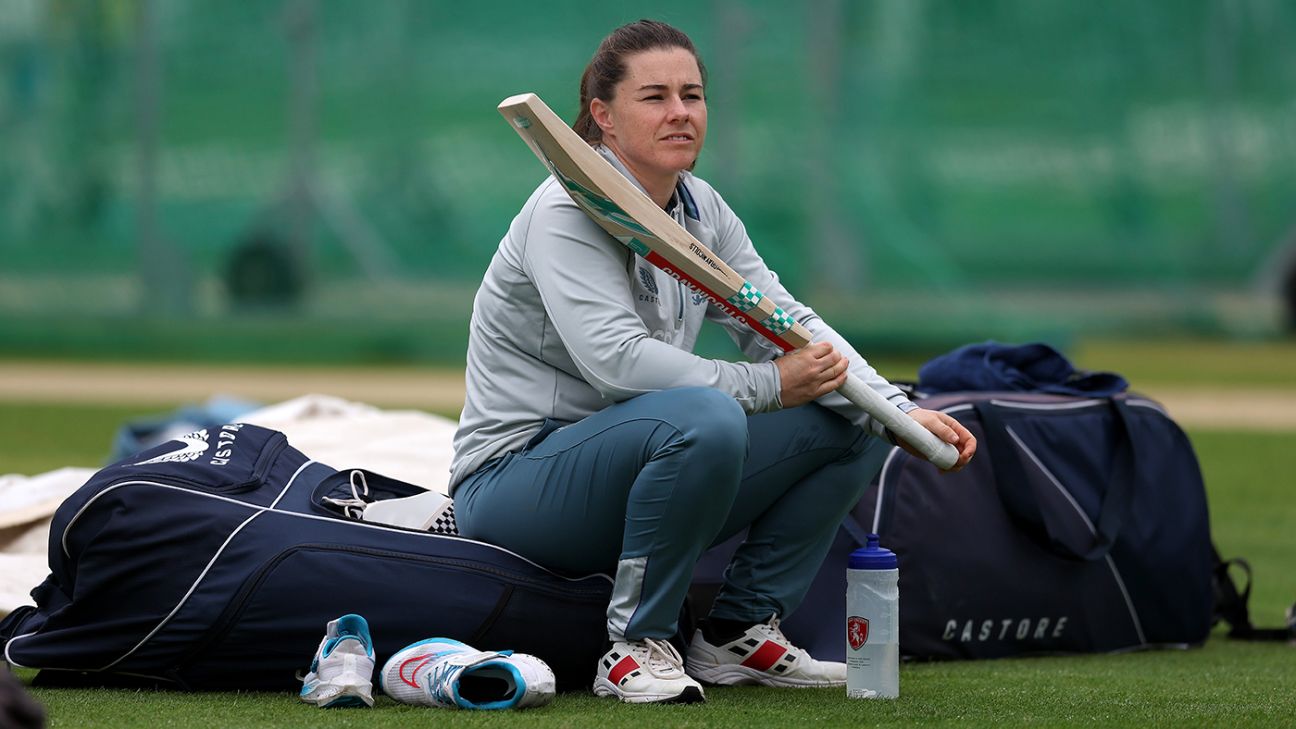 A Lord’s finale to mark the end of India’s tour of England on Saturday will serve up plenty of nostalgia with a big helping of the future thrown in.

Jhulan Goswami‘s international swansong, Tammy Beaumont‘s 100th ODI and the first time either side has played at Lord’s since their memorable 2017 World Cup final have the history covered. But, considering the number of new faces in England’s squad in particular, there is a strong transitional flavour.
“You’ve got to remember that the team is really young,” Beaumont said. “We always do a team photo and the front row is the people that have played the most caps and Charlie Dean [18 ODIs] is on the front row this year and she made her debut last year. That shows the youth of this squad.

“I feel incredibly old at 31. But that, for me, is exciting. I believe a couple of years ago, before the Hundred, before the KSL really got going, that if you’d picked that many people that had less than 10, 15 caps between them, you wouldn’t necessarily compete with the opposition.

“I know at times we’ve not played well. But at the same time, you look at the T20 squad, how they went about things, the amount that the young players are coming in and performing straight away. When I started it took us 20 games to actually put in a performance for England and really kind of announce yourself on the on the world stage.”

Beaumont found herself on the wrong end of England’s youth policy this summer when she was overlooked for the T20 squads to contest series against South Africa, India and the Commonwealth Games, leaving her stranded on 99 T20I appearances – for now. England’s abandonment of their planned tour to Pakistan and a rain-hit leg of the Ashes series didn’t help.

“I think it’s one of those things that just doesn’t seem like it’s meant to happen at the moment,” Beaumont said. “I haven’t retired from T20 cricket or anything like that and hopefully I’ll come back and maybe play one more game but the girls did really well this summer. They played really good cricket. So there’s not a lot you can do about it.”

England won the T20 leg of India’s tour 2-1 but are 2-0 down heading into the final ODI, meaning they have only ICC Women’s Championship points and pride to play for.

But there is also a huge sense of occasion returning to Lord’s for the first time in five years – too lengthy an absence in Beaumont’s opinion. With her 2017 team-mates Heather Knight (hip injury), Nat Sciver (mental health break) and Katherine Brunt (rested) all out, Beaumont is one of only two players in England’s squad, alongside Danni Wyatt (in 2011 and 2012), to have played an international game at the ground.

“I think it’s far too long,” Beaumont said. “For some of the girls that were involved in that [World Cup final] game to have never got to come back in the last few years it’s been a real shame.

“I’ve got a lot of nostalgia coming here. I’ve been coming to Lord’s, training here, since I was about 13 years old. I have a lot of memories walking in the place, a real good feel about it.

“Even at the beginning of my career, we used to get at least one game a year here… so I think it is a sign of the times that we’re getting a bigger crowd here. But I think it’s something that potentially should have happened a bit sooner and it is somewhere that we should be able to come and play more often. It’s great to see that it’s starting to happen and hopefully it will keep happening more regularly.”

The balance will be redressed further next year when Lord’s hosts the third T20 of a Women’s Ashes series that will see matches played at Test venues around the country, including a five-day Test at Trent Bridge, giving Beaumont plenty to look forward to.

“It’s been a tough year and I don’t think there’s probably that many highlights, to be honest,” she said. “The World Cup was very difficult after a very tough Ashes. Being part of that Test match in Canberra is a highlight for me, even though it ended in a draw.

“The ODI series against South Africa was obviously another good one, but other than that, it’s been really very tough for me, missing out on the T20s and also not performing to the way that I would have wanted for most of the year.”

Victory over India on Saturday, however, has the potential to end the season with, as Beaumont put it, “a better taste”. But they will be up against it with their opponents determined to send Goswami out on a high.

“It’s not just what she does on the pitch,” Beaumont said. “She’s an absolutely lovely human. She’s been great for the game and she’ll be a very big loss but I think it’s great that she gets to have a good send off at Lord’s and hopefully something special, but not too special,” she added with a laugh.