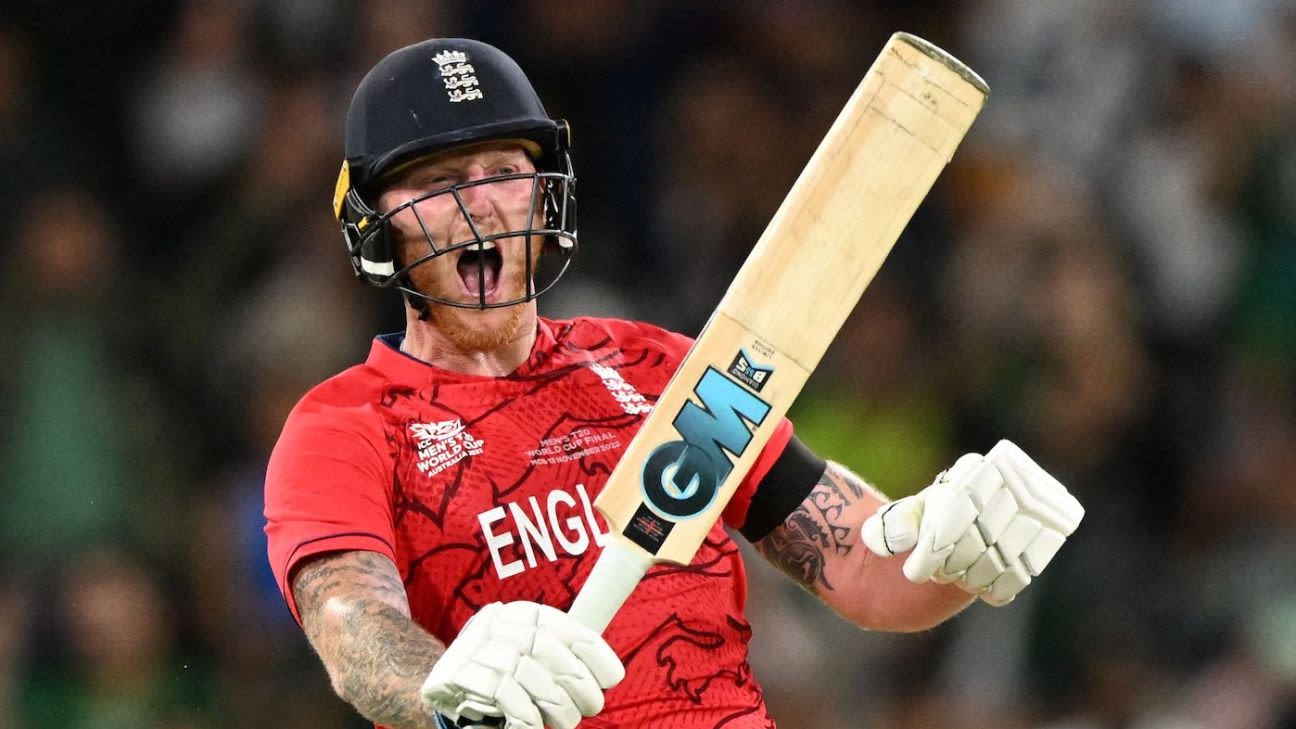 After his starring roles in two gripping World Cup final victories, could Ben Stokes be persuaded to go for the hat-trick by coming out of ODI retirement in time for England’s defence of their 50-over crown in India next year? Matthew Mott, England’s white-ball head coach, is hopeful that he can be tempted.

However, he stepped down from the 50-over format earlier this year, stating that it was “unsustainable” for him to maintain his peak levels of performance across all three formats of international cricket, given that he is also captain of a Test team that has transformed its own reputation in recent months, with six wins in seven memorable performances in the 2022 home season.

Mott, who took over as England white-ball coach at the start of the summer after a record-breaking stint in charge of Australia women, told reporters in Melbourne that he had not yet discussed the notion of Stokes reversing his ODI retirement. However, Mott added, he backed Stokes to “do what’s right for English cricket”.

“When he spoke to me about his ODI retirement one of the first things I said was that I’d back any decision he made,” Mott said. “But I said to him he didn’t necessarily have to retire – he could just not play 50-overs for a while.

“I did say you could always unretire. That’s his decision. It’s going to be a World Cup year and we don’t play much T20 cricket for a while but it will be a decision that’s up to him.

“The more we can get him is great. He’s doing an amazing job with the Test captaincy but he is a very big cog in the wheel when he comes back to white-ball.”

Speaking at the time, Stokes spelt out in some detail the reasons for his ODI retirement. He admitted that his body was unable to take the strain of staying match-fit across three formats, and added that – with Jos Buttler new in the role of white-ball captain following the retirement of Eoin Morgan – he did not want to feel that “I am taking the place of another player who can give Jos and the rest of the team their all”.

“The England shirt deserves nothing less from anyone who wears it,” he concluded.

Stokes’ decision is vindicated by the relentless nature of England’s winter schedule, with three ODIs coming up against Australia this week, even as the Test squad gathers in the UAE ahead of their three-match tour of Pakistan.

Moeen Ali – who will be involved in those matches only days after the World Cup win – described the prospect as “horrible”, with Mott adding that “it’s not ideal, I can’t lie”. And yet, the sudden switch of emphasis, from 20 overs to 50, reinforces the sense of a change of priority in the white-ball schedule, with the 2023 World Cup looming in India in less than 12 months’ time.

Rob Key, the managing director of men’s cricket, was guarded when asked about the prospect of Stokes reversing his retirement in an interview with Sky Sports on Monday. “Nothing is forever, but who knows what will happen,” he said. “At the moment, we’ll just keep thinking about trying to enjoy what we’ve done now and then we’ll be thinking about Test cricket.

“What will be, will be. I don’t think you ever rule anything out but at the moment, we’ll just try and enjoy what we’ve done so far and Ben can enjoy it. I’m sure he’s enjoying it as much as he possibly can.”

While Stokes made it clear that he did not wish to treated as an exception in England’s white-ball planning, his record as a World Cup match-winner would seem to make the case for him.

“He’s a three-dimensional player and he has so much to offer,” Mott added. “In this team he was the glue – I think we have a lot of guys who can do extraordinary things but he was the player you knew that if he was in you’d win the game.

“I’ll let him dust off today. He’s his own man and he’ll make his own decisions. He’ll do what’s right for English cricket and he always has.

“That was part of his decision to retire from ODI cricket. He didn’t think he could give it his all and credit to him for making that decision because he’s such a special commodity for English cricket. We want what’s best for the whole system as well.”

In the midst of England’s celebrations – which included a shaved head for Mott after a wager with Sam Curran (whose hair is set to be dyed a colour of the coach’s choice in return) – Mott admitted that his thoughts had turned to those integral members of the squad who had not been present at the moment of victory, most particularly Reece Topley, who suffered an ankle injury after arriving in Australia, and Jonny Bairstow, who is recovering from a freak golfing accident in which he broke his leg.

“Reece Topley was a big part of our preparation for here,” Mott said. “I was absolutely gutted for him, such an innocuous injury. Seeing him leave our group was hard.

“I must admit he was one of the first blokes I thought of – and Jonny as well.”