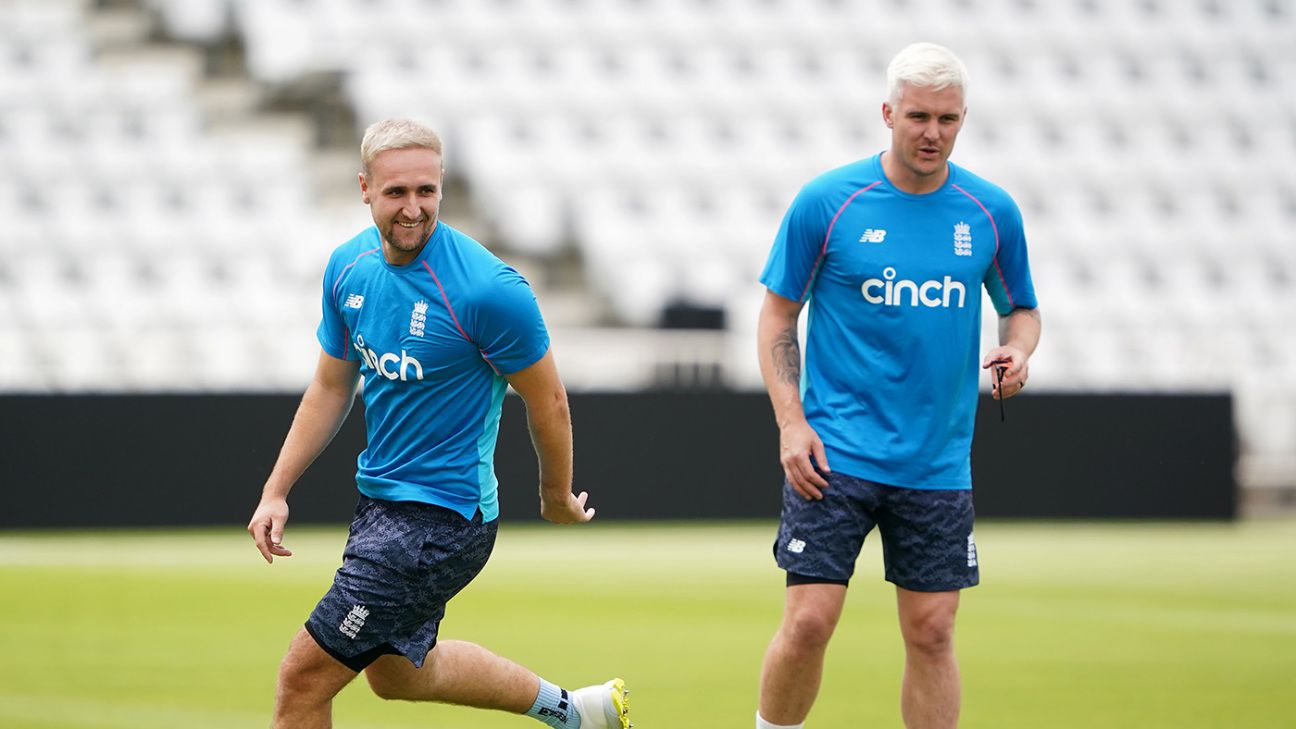 England won the toss and chose to bowl first in the first of three T20Is against Pakistan at Trent Bridge.

England, who swept the ODI series 3-0 earlier this week with a second-string side, have regained a number of top players but, with captain Eoin Morgan saying he was keen to try out some new faces ahead of the T20 World Cup later this year, the hosts pulled a few surprises for this match.
Adil Rashid is being rested and will be replaced by Matt Parkinson, while Saqib Mahmood – Player of the Series in the ODIs – will also play, with Chris Jordan missing out. Liam Livingstone is in the side, as is Lewis Gregory, whose 77 in a 129-run partnership with centurion James Vince was key to England’s victory at Edgbaston on Tuesday. Jos Buttler was not fit for selection as he continues his recovery from a calf injury.
Pakistan, who showed vast improvement in their batting department during the final ODI, named Azam Khan, son of Moin, to make his international debut.

Morgan told Sky Sports: “The last week or so has been a bit of a whirlwind for a lot of our players. For them to get the call-up and take on the responsibility and play in the fashion that they did … it’s fantastic to see the strength in depth of English cricket.

“At a time when we have the World Cup around the corner, it’s time to look at those options. So throughout the series and across the three games, we will see guys getting opportunities to stake their claim for that World Cup.”