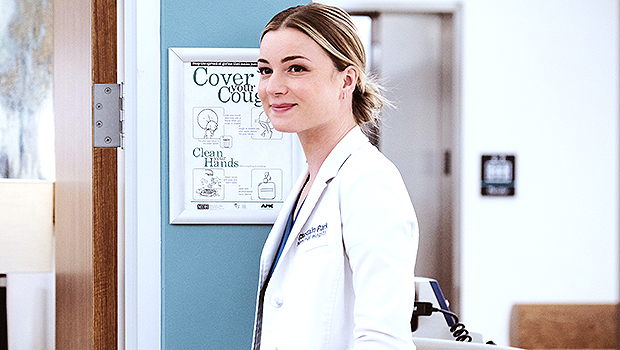 Emily VanCamp is breaking her silence about leaving ‘The Resident’ after 4 seasons. She explains why her decision was the right one for her and says there’s ‘nothing but love and respect’ between her and the cast.

The Resident said goodbye to Emily VanCamp’s Nic Nevin during its heartbreaking October 5 episode. Now that Nic’s fate has been revealed, Emily is now speaking out about the reason she decided to depart the FOX medical drama.

“We started talking about [my leaving] awhile ago,” Emily told Deadline. “I spent so many years on network television, but then suddenly priorities shifted. I think there comes a moment in every woman’s life—in every person’s life—where it becomes less about work and more about family, and that’s what happened while I was making the show. Doing that many episodes in a different city and then you add Covid to that, most of us couldn’t see our families for almost a year. It really solidified for me that family is where my heart is at the moment.”

Her character was in a car accident and flown to Chastain. Nic’s husband, Conrad, and the other doctors did everything they could to try and save her. Unfortunately, Nic was declared brain dead. However, she gave the gift of life by being an organ donor.

Emily admitted that her decision was not an “easy one” whatsoever and only has great things to say about her time on the show. “It’s such a bittersweet moment for me,” she said. “I loved doing The Resident so much for the four years I was on it. Oftentimes you hear about someone exiting a show because something bad had happened or there was some bad blood. But in this case, it’s the exact opposite. There’s nothing but love and respect between all of us and this decision was not an easy one for anybody but it was the right one for me, personally. I’m grateful that I was met with understanding and compassion.”

Emily’s exit was first announced in September 2021, just weeks after Emily announced she had given birth to a daughter named Iris. The actress was thankful that the show was able to help her keep the pregnancy a secret since Nic was also pregnant in season 4. “It allowed us to keep the pregnancy quiet and to have something that’s just ours for a little while,” Emily revealed. “That was beautiful in and of itself—to finally have a little privacy.”

Matt Czuchry, who plays Emily’s onscreen husband, has nothing but love for his former co-star. “I have so many great memories I’ve shared with Emily because we spent so much time together,” he told Deadline. “She and I have such trust and respect for one another. I think we pushed each other. We inspired and supported each other. She wanted to focus on family, and I was the first person she told about that. I just wanted her to be happy. It’s been incredibly rewarding to have a partnership with her.”

Even though she wasn’t able to film Nic’s final episode, Emily said she would “absolutely” consider returning to the show via flashbacks. The Resident airs Tuesdays at 8 p.m. on FOX.