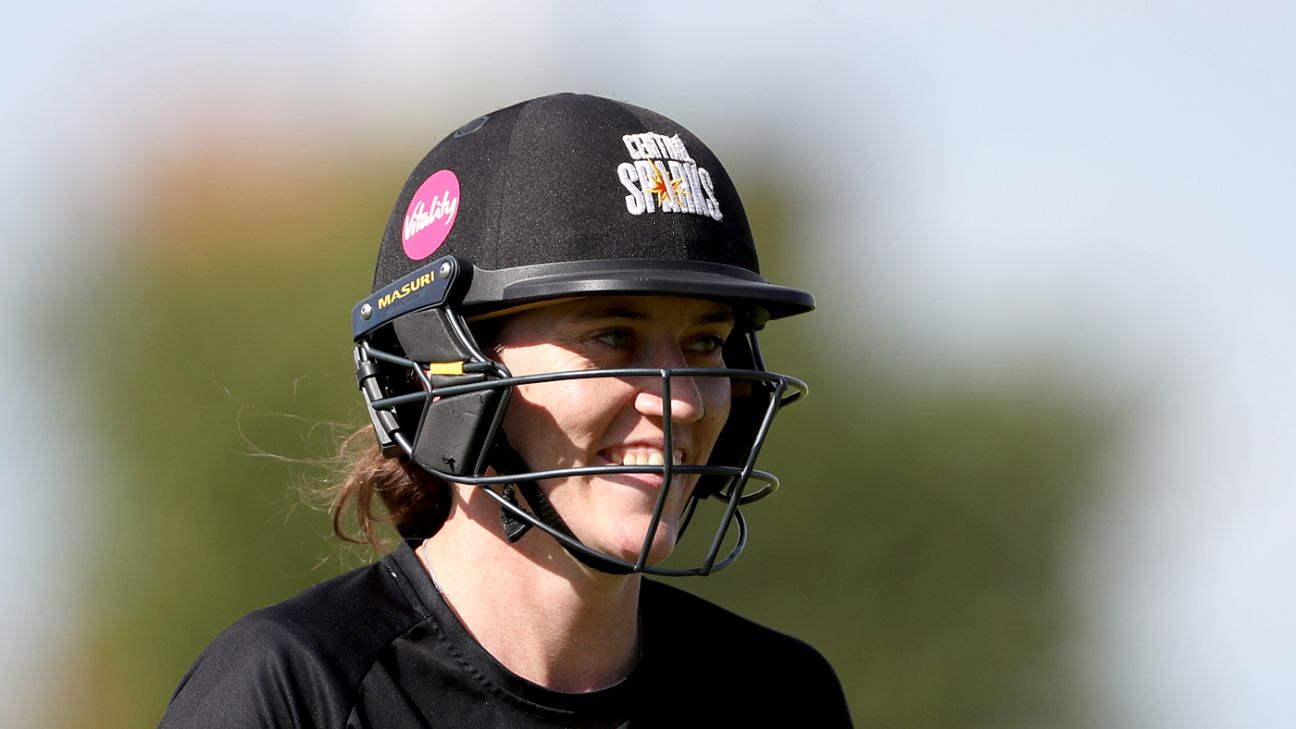 Central Sparks rounded off their Rachael Heyhoe Flint Trophy campaign with an emphatic 139-run win over Sunrisers at Worcester.

Both sides went into their final group game with hopes of qualification for the knockout stage over but Sparks at least ended on a high after piling up 260 for 9 and then rattling out their opponents for just 121.

Their hefty total was built by a solid collective effort led by Emily Arlott (63, 73 balls), supported by Abi Freeborn (46, 45) and 16-year-old Davina Perrin (45, 51). Mady Villers took 3 for 44 for Sunrisers.
Sunrisers then completed their campaign without a win after Grace Scrivens (61, 75) offered lone resistance, no one else reaching 15. Perrin completed her excellent day with 3 for 26.

Sunrisers chose to bowl and quickly took a big wicket when Villiers bowled skipper Eve Jones through an attempted cut in the fifth over but Perrin and Freeborn added 77 in 12 overs. Jodie Grewcock hit back by bowling Perrin and Ami Campbell in the space of five balls, but the Sparks’ middle order fired effectively.

Arlott struck eight fours and a six and Sarah Glenn (33, 38 balls, four fours and a six) injected impetus which took the Sparks’ total from solid to imposing.

Faced with some scoreboard pressure, Sunrisers needed a strong start but an immediate brake was applied by the accuracy of Grace Potts. The opening stand of 23 between Scrivens and Jodie Grewcock occupied eight overs before the latter played on to Arlott, her five runs having taken 25 balls.

Naomi Dattani started purposefully with three fours in a cameo of 13 but after she edged Potts and was smartly taken by wicketkeeper Freeborn, standing up to the stumps, Scrivens was starved of further support. The last seven wickets fell for 58 runs as Perrin ran through the middle order and Glenn added two wickets to her earlier important contribution with the bat.

Scrivens reached a valiant 66-ball half-century before she was last to fall, run out by Georgia Davis’s throw from mid off, a predatory piece of fielding which encapsulated an all-round impressive display by Sparks.