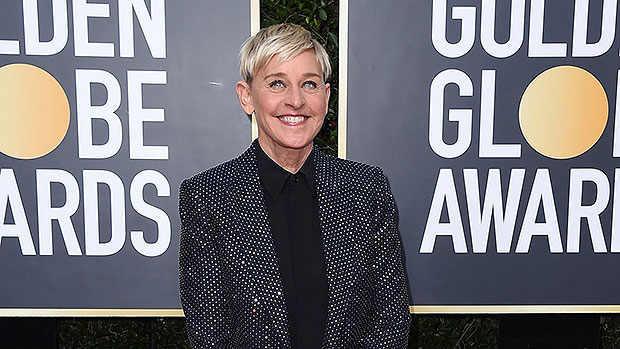 As Ellen DeGeneres wraps up the last remaining episodes of her talk show, she celebrated the 25th anniversary of her coming out. During Thursday’s (April 28) The Ellen DeGeneres Show, the LGBTQ+ icon broke down in tears after she showed a video of the coming out moment, telling the audience that she was tearing up because she recalled the impact she made all those years ago.

I wanted to share this moment I had with my audience after watching a piece about my coming out episode. pic.twitter.com/wtC0YNMnPR

“Just have to say that it’s so emotional to me because you forget that doing something that to me was kind of selfish — everyone around me was making money off of me and thought that it was the wrong decision because they were still making money on me — and you forget when you do something it impacts so many other people,” she explained. Ellen then went on to say she understands how she’s helped change people’s lives, admitting it’s more important to her than having a successful career.

On the April 14, 1997 cover of TIME Magazine, Ellen came out to the world. Two weeks later, her character on the sitcom Ellen also came out as a lesbian in the now iconic episode called “The Puppy Episode,” which turns 25 years old on April 30th.

“When I came out, people warned me that it was going to ruin my career, and they were right for a while,” Ellen said during her opening monologue. “Actually, for exactly three years, I lost my career. But look at me now.”

25 years ago today I came out to the world on an episode of my sitcom. pic.twitter.com/kV8iPihjHG

“It really goes to show you how important it is to be your authentic self, and how important it is to accept others as their authentic selves,” she continued, before adding some of her signature humor. “I didn’t see a lot of people like me on television when I was a kid — Peppermint Patty of course,” she joked, referencing the Peanuts character. “As soon as I saw those sensible shoes, I knew. The creator said she wasn’t a lesbian, but good grief.”

Oscar Hosts: All The Stars Who Hosted The Academy Awards Over The Years

Ellen then gave a show of gratitude for the success she found with the daytime format. “A lot of people didn’t think this show would work because I was openly gay, and you proved them wrong,” she told the audience. “This job has been one of the greatest honors of my life, and thank you for inviting me into your homes for 19 years, and accepting me for who I am.”

“I am so grateful that I’ve had this platform to not only give a voice to the gay community, but to all people who feel like they’re not seen,” she added. “That to me is something I’m most proud of. From the bottom of my heart, I say thank you.”