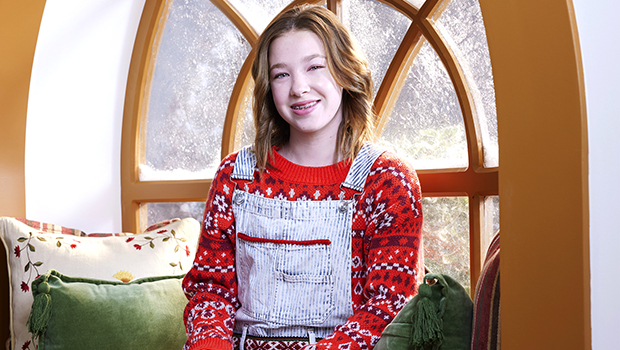 The holiday season is kicking off with The Santa Clauses, a new limited series premiering on Disney+ on November 16. The show follows Scott Calvin/Santa Claus, played by Tim Allen, nearly 30 years after he stepped into St. Nick’s shoes. Santa has a new daughter who we meet in this series, played by Elizabeth Allen-Dick.

So, who is Elizabeth? She’s none other than Tim’s real-life daughter! Get to know the young actress starring in The Santa Clauses alongside her dad.

Sandra Claus is the youngest child of Scott Calvin/Santa Claus and Carol Calvin/Mrs. Claus. Scott and Carol had Sandra between The Santa Clause 3: The Escape Clause and The Santa Clauses. Sandra has two older brothers, Charlie and Cal, played by Eric Lloyd and Austin Kane.

2. Elizabeth said working with her father was an ‘incredible’ experience.

HollywoodLife spoke EXCLUSIVELY Elizabeth ahead of the show’s release about working with her dad. “It was just incredible. It was so much fun. I never felt like I had one day of work throughout the two months of shooting. It was never work to me. It was never stressful. I was never nervous. It was just so much fun,” Elizabeth said.

Elizabeth is the daughter of Tim and Jane Hajduk, Tim’s second wife. Elizabeth was born in 2009. She has an older sister, Katherine, from Tim’s first marriage to Laura Deibel.

The role of Sandra marks Elizabeth’s TV debut. She did not have acting roles prior to The Santa Clauses. She may have caught the acting bug after auditioning and winning the role of Sandra! Like father, like daughter!

‘Princess Diaries 3’ In The Works At Disney: Everything We Know About The New Sequel

5. Elizabeth is not on social media.

Elizabeth does not have public social media accounts. However, she’s just 13 and could have private accounts. To have an Instagram or Twitter account, you have to be at least 13.