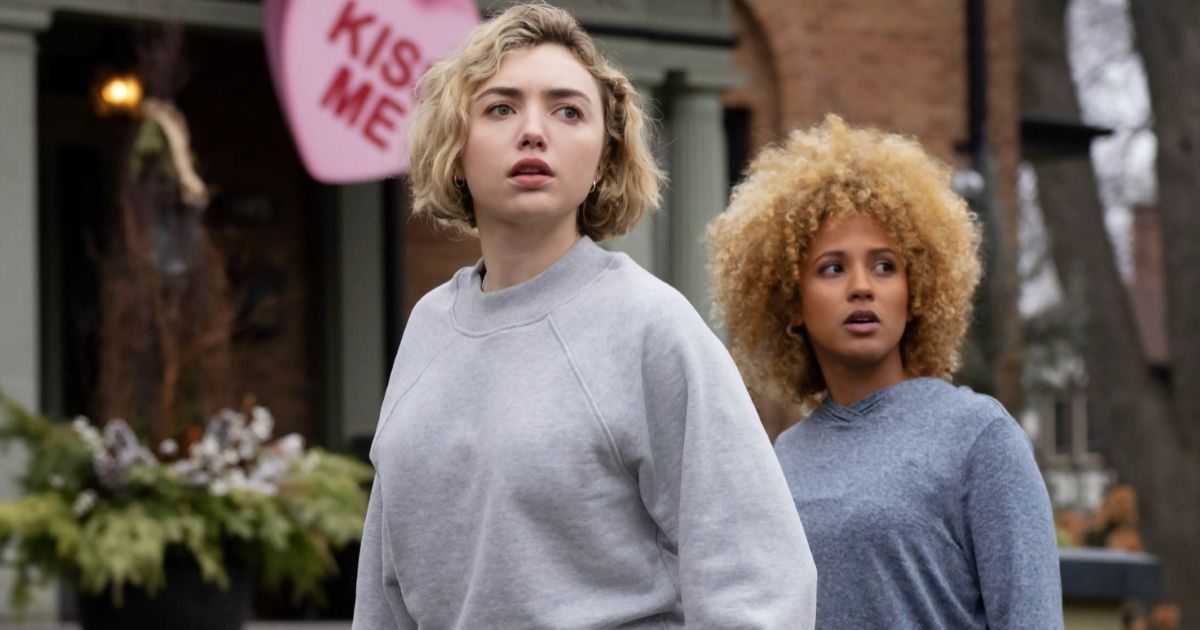 The VR experience will be written by Eli Roth and will arrive just in time for the holiday.

As fans wait for Eli Roth‘s long-awaited Thanksgiving movie, another holiday-themed slasher can tide them over in the meantime. Working with Crypt TV and Meta, Eli Roth’s BE MINE: A VR Valentine’s Slasher is a new virtual reality experience that will launch on both Meta Horizon Worlds and Meta Quest TV. Those without a VR headset can still watch it on Crypt TV’s Instagram and Facebook pages. This info comes courtesy of Bloody Disgusting.

“The VR experience follows Becca, a college senior who’s going to throw the best Valentine’s Day party ever. There’s just one caveat: everyone invited is secretly there to help Becca catch her Valentine’s Day stalker — an anonymous maniac in a Cupid mask who kills any man that gets close to her with a bow and arrow. But this Valentine’s Day will be slightly different as everyone is ready to turn the tables on the killer that walks among them. With the help of the police, her sorority sisters and the fraternity next door, Becca and the party fight back to stop the carnage and uncover the mysterious secret behind a bloody Valentine’s Day massacre.”

Unlike what the title might lead you to believe, Roth will not be directing Eli Roth’s BE MINE. He will only be writing the screenplay. Instead, directing duties will be handled by Adam MacDonald, who is the same MacDonald who directed Slasher: Solstice for Netflix and Slasher: Flesh & Blood for Shudder. The “30-minute, 180- and 360-degree immersive VR experience” will star Peyton List, Inanna Sarkis, and Alanna Ubach.

Other Information For Be Mine

Crypt TV recently released the official teaser for Eli Roth’s Be Mine: A VR Valentine’s Slasher, which can be found below.

Eli Roth’s BE MINE will also be Roth’s second collaboration with Meta and Crypt TV. The first was Eli Roth’s Haunted House: Trick-VR-Treat, which, as the title would lead you to believe, he did direct. Starring Vanessa Hudgens, it was a similar VR experience that also premiered on Meta Horizon Worlds and Meta Quest TV back in 2022.

“I had the most incredible experience making Trick-VR-Treat with Meta, and we wanted to push the experience even further with BE MINE, creating a true narrative experience where you’re at the center of a slasher film. I wrote BE MINE knowing what worked best in VR, but pushing the boundaries with new ideas and techniques, and the results are nothing short of thrilling. We have created a true immersive horror experience. I have been a huge fan of Adam MacDonald for a long time, and what he and the incredible cast brought to life is something unlike anything I’ve ever experienced. I think horror fans are going to absolutely love it. Get ready, it’s a bloody good time.”

In the trailer, which you can watch above, you can see that the mask the killer wears resembles the mask from Valentine, a 2001 slasher starring Marley Shelton, David Boreanaz, and Denise Richards. Unfortunately, that seems to be a coincidence. Nothing in the synopsis or other promotional material suggests that Eli Roth’s BE MINE and Valentine are set in the same continuity, despite both being about Cupid-masked killers.