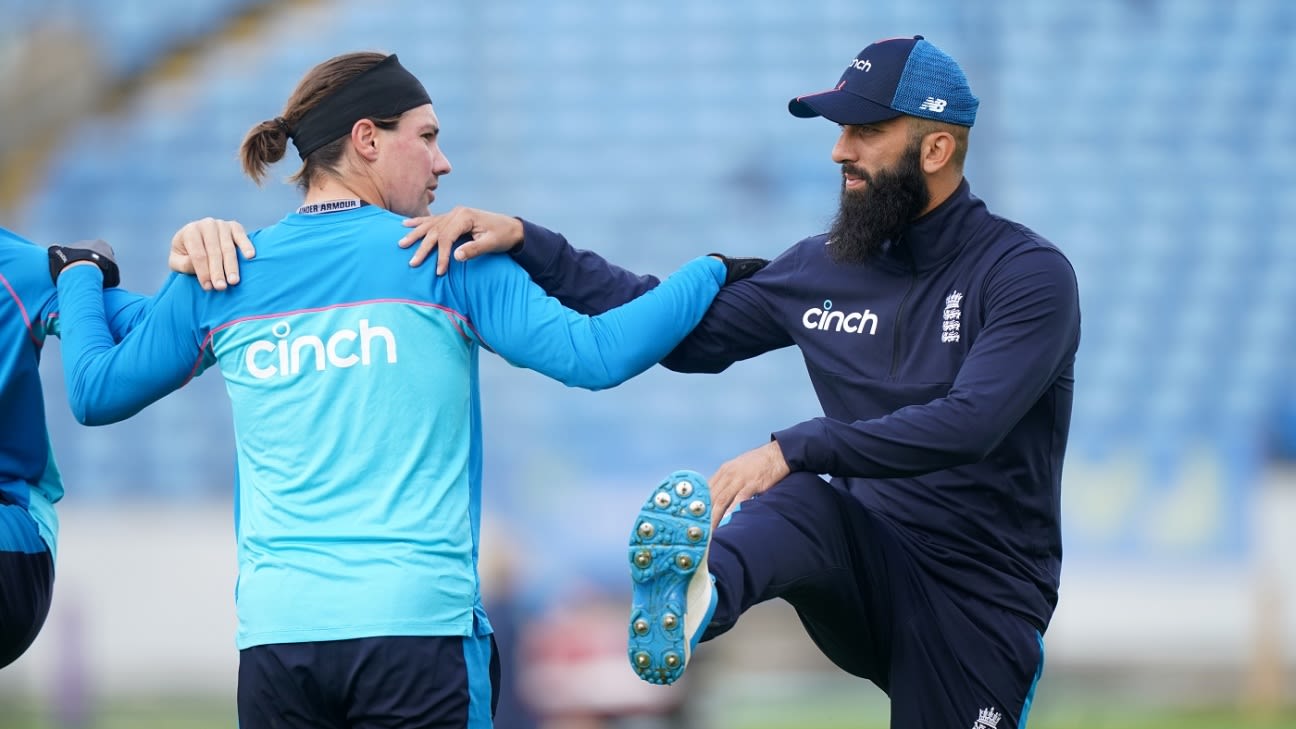 Moeen Ali has been awarded an ECB central contract for 2021-22, in spite of his retirement from Test cricket last month, while Ollie Robinson, Dawid Malan and Jack Leach were all included on a 20-man list of players spanning all formats, in what amounts to a significant overhaul of the board’s previous policy of differentiating between red- and white-ball contracts.

The changes amount to a post-Covid overhaul for the central contracts system, which was first introduced in 2000, but which came in for significant criticism in the past 12 months, given the need for players of all formats to spend extended periods in biosecure environments, as well as the competing pressures of the IPL, which led a number of England’s multi-format players to miss the Test series against New Zealand in June.

The new system is intended to “meet England’s future needs in what has become a fluid and dynamic landscape”, said the ECB in a press release, in particular by better reflecting the constraints of biosecurity, and supporting the mental wellbeing and welfare of the players. It means, for instance, that a player such as Mark Wood – who was on a white-ball contract for 2020-21 despite his integral importance to England’s Test plans – is now on an equal footing with his peers, and all the better placed to be managed through a busy winter schedule.

Similarly, in announcing his retirement from Test cricket, Moeen cited the loss of his central contract in 2019, despite having played in a winning World Cup squad and having been the world’s leading wicket-taker in Tests in the previous 12 months, as a bitter blow at a time when he felt in need of a break from the game. His inclusion on the 20-player list reflects his importance to the white-ball squad, ahead of both the T20 World Cup in the UAE this month, and England’s defence of the 50-over title in 2023.

“I would like to thank TEPP and the players for all their constructive input through the process of developing this new system,” Giles said. “I believe is the fairest and most transparent way of rewarding players across all formats.

“We have worked well to get to this stage and the refinements made will take into account the amount of cricket we will be playing across formats over the next period of the ICC Future Tours Programme.

“Since the inception of central contracts in 2002, the system has facilitated improved preparation, performance and professionalism of the England team and has ensured that players are well rewarded for representing their country at the elite level.

“The international game continues to evolve, and we have to be mindful that we have to lead the way in player performance across cricket’s ever-changing landscape. Our objective remains the same to develop world-class players in all three formats as we strive to become the most respected team in the world.

“I would like to congratulate all the players offered agreements for the coming year, particularly newcomers Jack Leach, Dawid Malan, and Ollie Robinson. Receiving your first central contract is a great moment in any player’s career. They will all play a pivotal role in England’s fortunes over the next 12 months.”

The three new additions to the ECB’s contracts list epitomise the complexity of England’s current schedule. Malan’s inclusion is a particular reflection of a stellar year in the T20I format, in which he has risen to the top of the ICC batting rankings and in March became the fastest batter to 1000 T20I runs, in just 24 innings. It is also an acknowledgement of his return to the Test team for the first time since 2018, with the strong likelihood that he will bat at No. 3 in the forthcoming Ashes.

Robinson, meanwhile, has made himself an automatic pick in Test cricket since debuting against New Zealand at Lord’s, claiming 28 wickets at 19.60 in five appearances to date. Leach, on the other hand, did not play a single Test in the 2021 summer, but was barely able to feature for Somerset either due to his involvement in England’s biosecure environment, making a solitary first-class appearance in a three-month period spanning June, July and August.