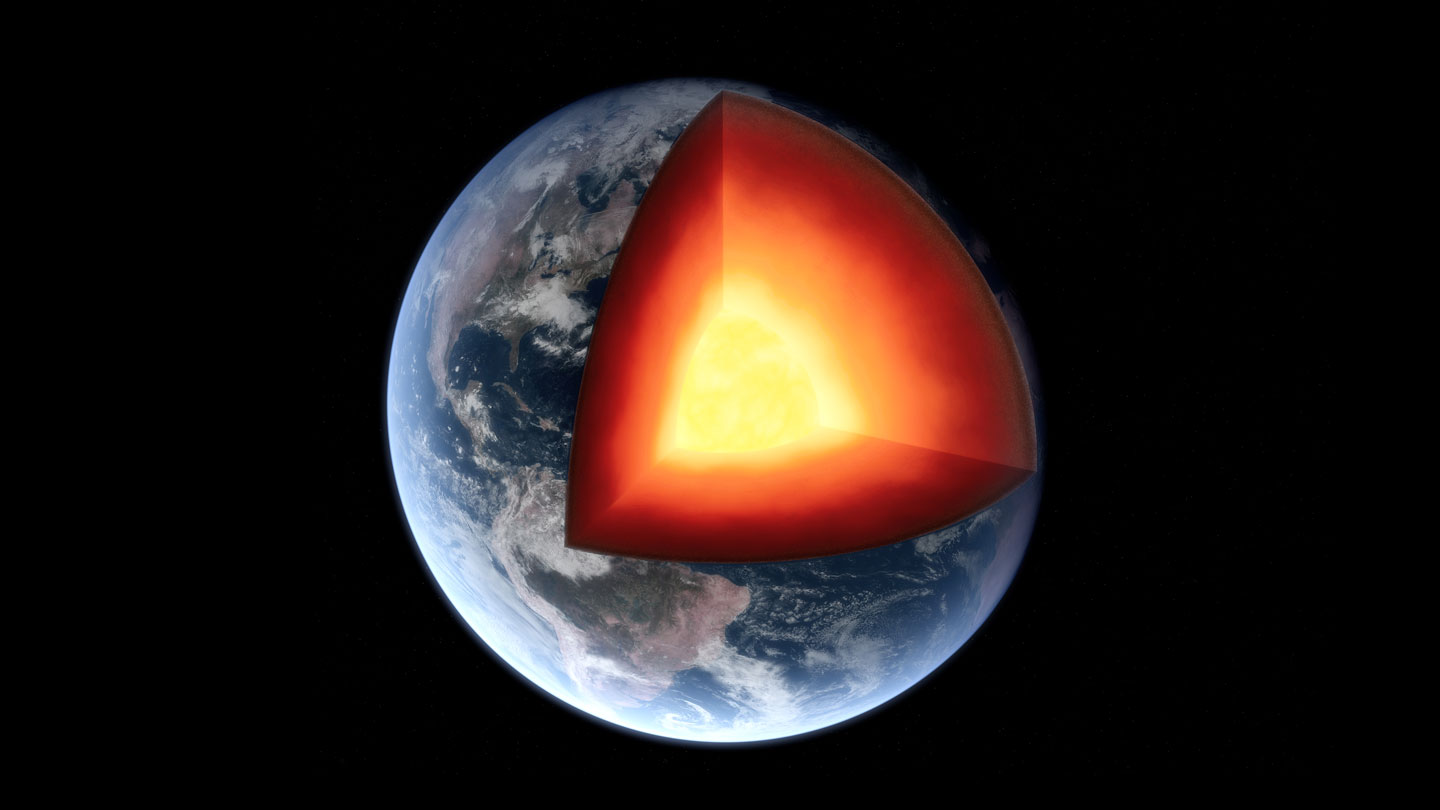 Our planet may have had a recent change of heart.

Earth’s inner core may have temporarily stopped rotating relative to the mantle and surface, researchers report in the January 23 Nature Geoscience. Now, the direction of the inner core’s rotation may be reversing — part of what could be a roughly 70-year-long cycle that may influence the length of Earth’s days and its magnetic field — though some researchers are skeptical.

“We see strong evidence that the inner core has been rotating faster than the surface, [but] by around 2009 it nearly stopped,” says geophysicist Xiaodong Song of Peking University in Beijing. “Now it is gradually mov[ing] in the opposite direction.”

Such a profound turnaround might sound bizarre, but Earth is volatile (SN: 1/13/21). Bore through the ever-shifting crust and you’ll enter the titanic mantle, where behemoth masses of rock flow viscously over spans of millions of years, sometimes upwelling to excoriate the overlying crust (SN: 1/11/17, SN: 3/2/17, SN: 2/4/21). Delve deeper and you’ll reach Earth’s liquid outer core. Here, circulating currents of molten metals conjure our planet’s magnetic field (SN: 9/4/15). And at the heart of that melt, you’ll find a revolving, solid metal ball about 70 percent as wide as the moon.

This is the inner core (SN: 1/28/19). Studies have suggested that this solid heart may rotate within the liquid outer core, compelled by the outer core’s magnetic torque. Researchers have also argued the mantle’s immense gravitational pull may apply an erratic brake on the inner core’s rotation, causing it to oscillate.

Evidence for the inner core’s fluctuating rotation first emerged in 1996. Geophysicist Paul Richards of Columbia University’s Lamont-Doherty Earth Observatory in Palisades, N.Y., and Song, then also at Lamont-Doherty, reported that over a span of three decades, seismic waves from earthquakes took different amounts of time to traverse Earth’s solid heart.

But other researchers have questioned that conclusion, some suggesting that the core spins slower than Song and Richards’ estimate or doesn’t spin differently at all.

In the new study, while analyzing global seismic data stretching back to the 1990s, Song and geophysicist Yi Yang — also at Peking University — made a surprising observation.

Get great science journalism, from the most trusted source, delivered to your doorstep.

Before 2009, seismic waves generated by sequences and pairs of repeating earthquakes — known as multiplets and doublets — traveled at different rates through the inner core. This indicated the waves from recurring quakes were crossing different parts of the inner core, and that the inner core was rotating at a different pace than the rest of Earth, aligning with Song’s previous research.

But around 2009, the differences in travel times vanished. That suggested the inner core had ceased rotating with respect to the mantle and crust, Yang says. After 2009, these differences returned, but the researchers inferred that the waves were crossing parts of the inner core that suggested it was now rotating in the opposite direction relative to the rest of Earth.

The researchers then pored over records of Alaskan earthquake doublets dating to 1964. While the inner core appeared to rotate steadily for most of that time, it seems to have made another reversal in rotation in the early 1970s, the researchers say.

Song and Yang infer that the inner core may oscillate with a roughly 70-year periodicity — switching directions every 35 years or so. Because the inner core is gravitationally linked to the mantle and magnetically linked to the outer core, the researchers say these oscillations could explain known 60- to 70-year variations in the length of Earth’s days and the behavior of the planet’s magnetic field. However, more work is needed to pin down what mechanisms might be responsible.

But not all researchers are on board. Yang and Song “identif[y] this recent 10-year period [that] has less activity than before, and I think that’s probably reliable,” says geophysicist John Vidale of the University of Southern California in Los Angeles, who was not involved in the research. But beyond that, Vidale says, things get contentious.

In 2022, he and a colleague reported that seismic waves from nuclear tests show the inner core may reverse its rotation every three years or so. Meanwhile, other researchers have proposed that the inner core isn’t moving at all. Instead, they say, changes to the shape of the inner core’s surface could explain the differences in wave travel times.

Future observations will probably help disentangle the discrepancies between these studies, Vidale says. For now, he’s unruffled by the purported chthonic standstill. “In all likelihood, it’s irrelevant to life on the surface, but we don’t actually know what’s happening,” he says. “It’s incumbent on us to figure it out.”