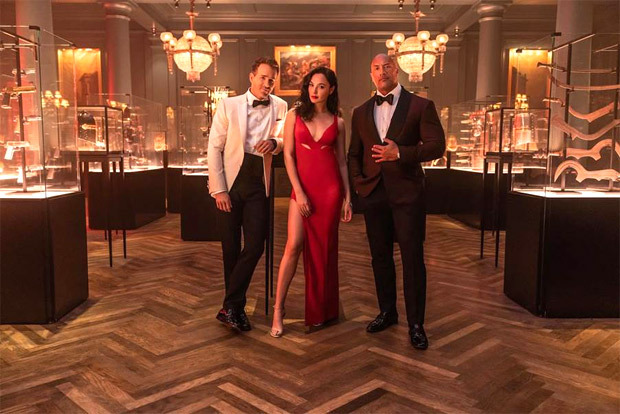 Hollywood superstar Dwayne Johnson has announced that the upcoming Netflix action movie, Red Notice will premiere on Netflix in November. The film is directed and written by Rawson Thurber and stars Ryan Reynolds and Gal Gadot.

Today, Dwayne Johnson announced to the world that the film will be released globally on Netflix on November 12, 2021. “I’m officially serving you your notice. Ladies & gents @Netflix’s biggest movie ever #REDNOTICE will premiere in your living rooms around the globe on NOVEMBER 12th,” he wrote. “The FBI’s top profiler. The world’s most wanted art thief. And the greatest conman the world has never seen,” he added.

The actor thanked his partners as this is his first streaming movie. “Thank you to my partners at @Netflix for the trust and vision to commit to their biggest investment ever. Thank you to my good friend and #RedNotice creator, writer & director @rawsonthurber.And most importantly, THANK YOU to the 205 million+ Netflix subscribers who are already making #RedNotice the most highly anticipated movie on the platform in 2021! This is my career first streaming film and I wanted to make it big and special for all the fans worldwide. This one’s for all of you and I’ll see you in November,” he concluded.

Produced by Beau Flynn for FlynnPictureCo; Dwayne Johnson, Dany Garcia, and Hiram Garcia for Seven Bucks Productions; and Rawson Marshall Thurber, it is a story about an Interpol-issued Red Notice is a global alert to hunt and capture the world’s most wanted. But when a daring heist brings together the FBI’s top profiler (Johnson) and two rival criminals (Gadot, Reynolds), there’s no telling what will happen.

ALSO READ: Dwayne Johnson to reunite with Chris Morgan for Red One

Over $200 billion wiped off cryptocurrency market in a day as...