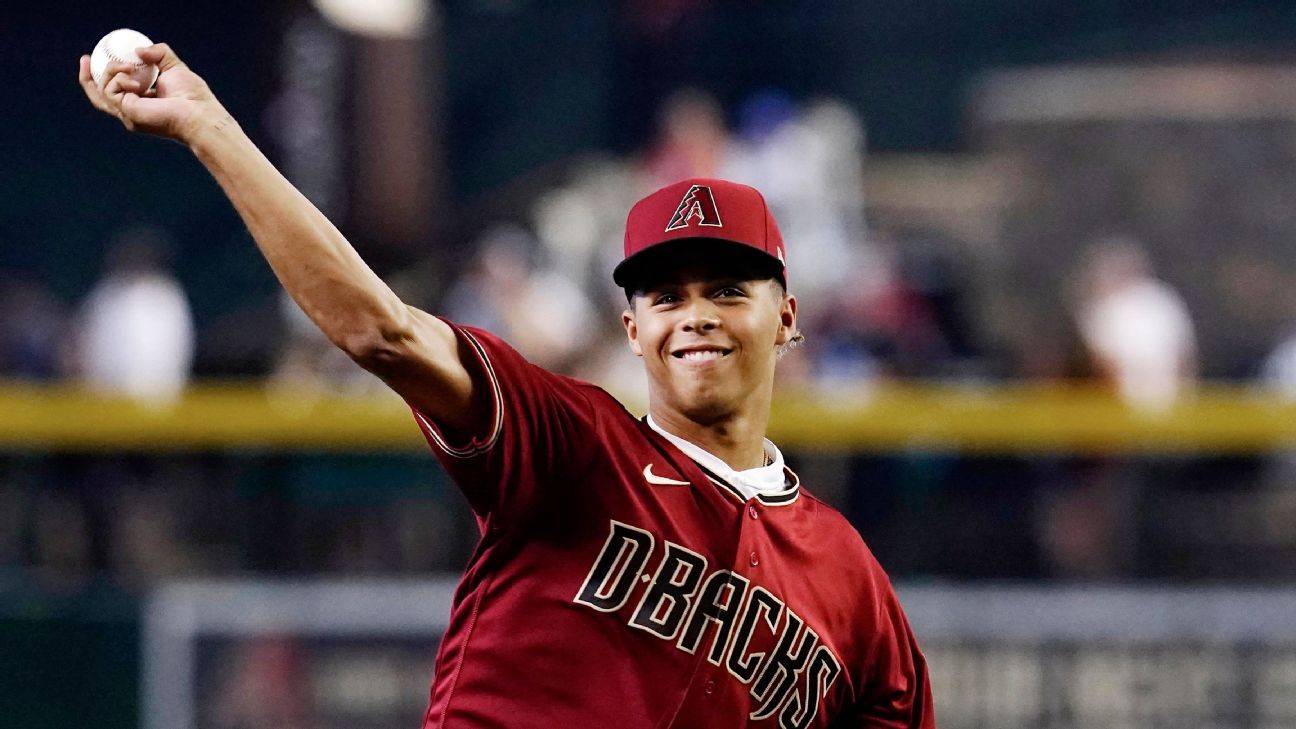 Druw Jones, the second overall pick in this month’s MLB draft, injured his shoulder Monday during his first batting practice with the Arizona Diamondbacks organization, the team said.

It wasn’t immediately clear how serious the injury is, but Jones would miss the rest of the season if it requires surgery. He was slated to undergo additional testing.

Jones agreed to terms with Arizona last week for a bonus of $8,189,400, equal to the slot value for the second pick, and he was introduced at Chase Field over the weekend.

Druw is the son of former Atlanta Braves great Andruw Jones. He was the top player in the draft, per ESPN’s rankings, and slots 24th on the minor league top 100.

His injury continues an odd trend of freak injuries and shoulder injuries to recent high picks by the Diamondbacks. In 2015, after signing but before joining a minor league affiliate, the first overall pick in the draft, Dansby Swanson, was hit in the face with a fastball in a simulated game and sustained a concussion and needed 14 stitches.

In 2021, sixth overall pick Jordan Lawlar played two pro games after signing, then missed the rest of the season due to shoulder surgery that was required after diving for a ball. Earlier in the 2021 season, 2019 first-round pick Corbin Carroll had season-ending shoulder surgery in the seventh game of the season, suffering it on a home run swing. Carroll had not played an official game in the 2020 season due to the pandemic canceling the minor league season.

Carroll and Lawlar are still both among the top 25 prospects in baseball. Swanson is now a star shortstop for the Braves.

Jones gained fame earlier in the year for a viral home run when the rival crowd was chanting “overrated.”