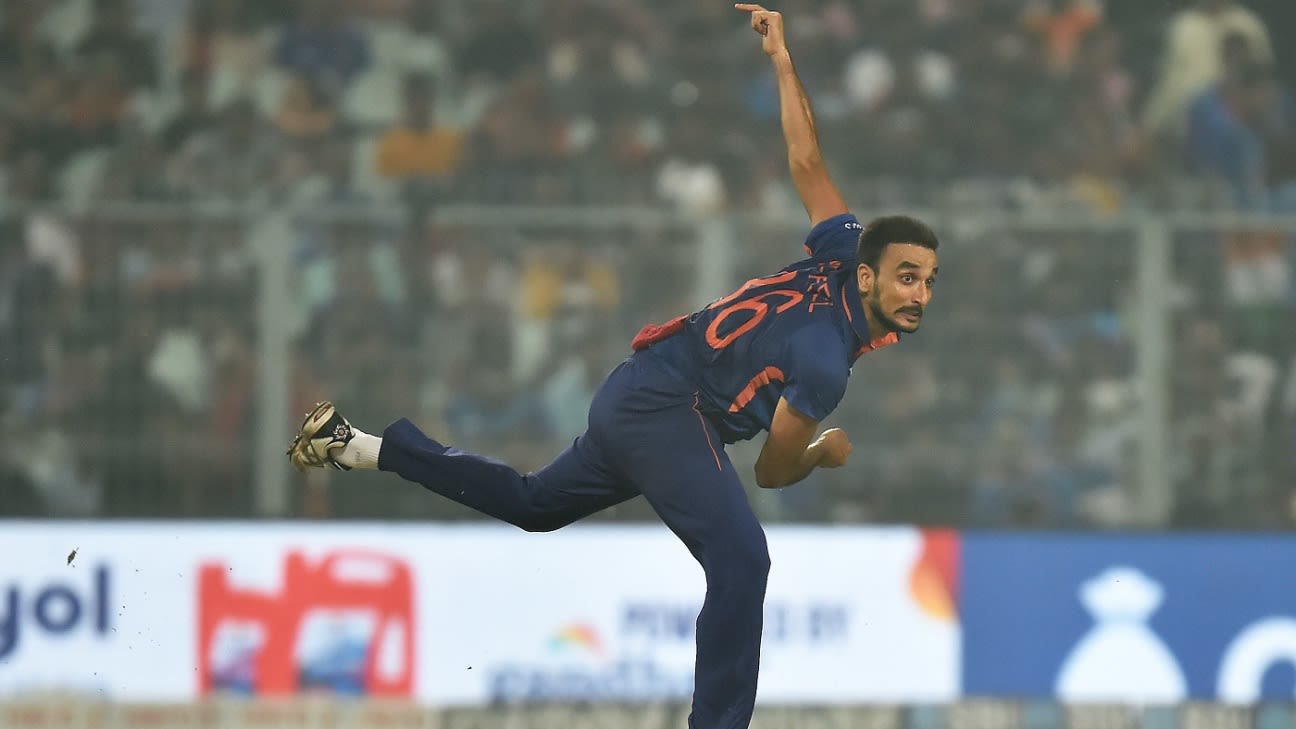 India may have just swept the T20 World Cup runners-up 3-0 in his first series as full-time head coach, but Rahul Dravid wants to take a “realistic” view of where the team stands. He is mindful, in particular, of New Zealand’s hectic schedule: they began this T20I series just three days after their World Cup final defeat in Dubai, while missing their captain Kane Williamson.

“We have to keep our feet on the ground and be realistic, especially with bigger things down the line in the next 12 months,” Dravid told host broadcaster Star Sports after the third T20I in Kolkata. “It’s not easy for New Zealand to play a World Cup final, turn up three days later, and play three games in six days. We knew it was never going to be easy on them.”

While New Zealand were without Williamson through the series and rested stand-in captain Tim Southee for the last match, India, too, missed key personnel, with Virat Kohli, Jasprit Bumrah and Ravindra Jadeja rested. Dravid said the big positive from the series win was the performance of the players who got chances in the absence of the seniors.

Harshal Patel picked up four wickets in two games while returning an economy rate of 7.28, and also contributed a useful lower-order cameo in Kolkata. Axar Patel, standing in for Jadeja, played all three games and ended the series with a Player-of-the-Match-winning three-wicket haul in the final T20I. There were promising displays from the debutant allrounder Venkatesh Iyer and the back-up opener and wicketkeeper Ishan Kishan as well.

“It’s been great to see the younger guys come through, we’ve given opportunity to some of the guys who haven’t played too much cricket in the last few months with the seniors taking rest,” Dravid said. “The greatest takeaway for us is to see the skills available to us. We need to continue developing those skills.”

Dravid said that with player workloads in focus over a packed upcoming 12 months, India are likely to continue resting key players across the year and giving new players regular game time. That thought process was in full view in Kolkata, where KL Rahul and R Ashwin – two all-format players who are set to feature in the upcoming Test series – were rested after victory was secured in Ranchi.

“It’s really nice that we have options,” Dravid said. “We can mix and match. Its going to be a long season, lots of games to be played till the next World Cup and we need to do that [rest and rotate] with some of our players and be realistic about how much cricket needs to be played.”