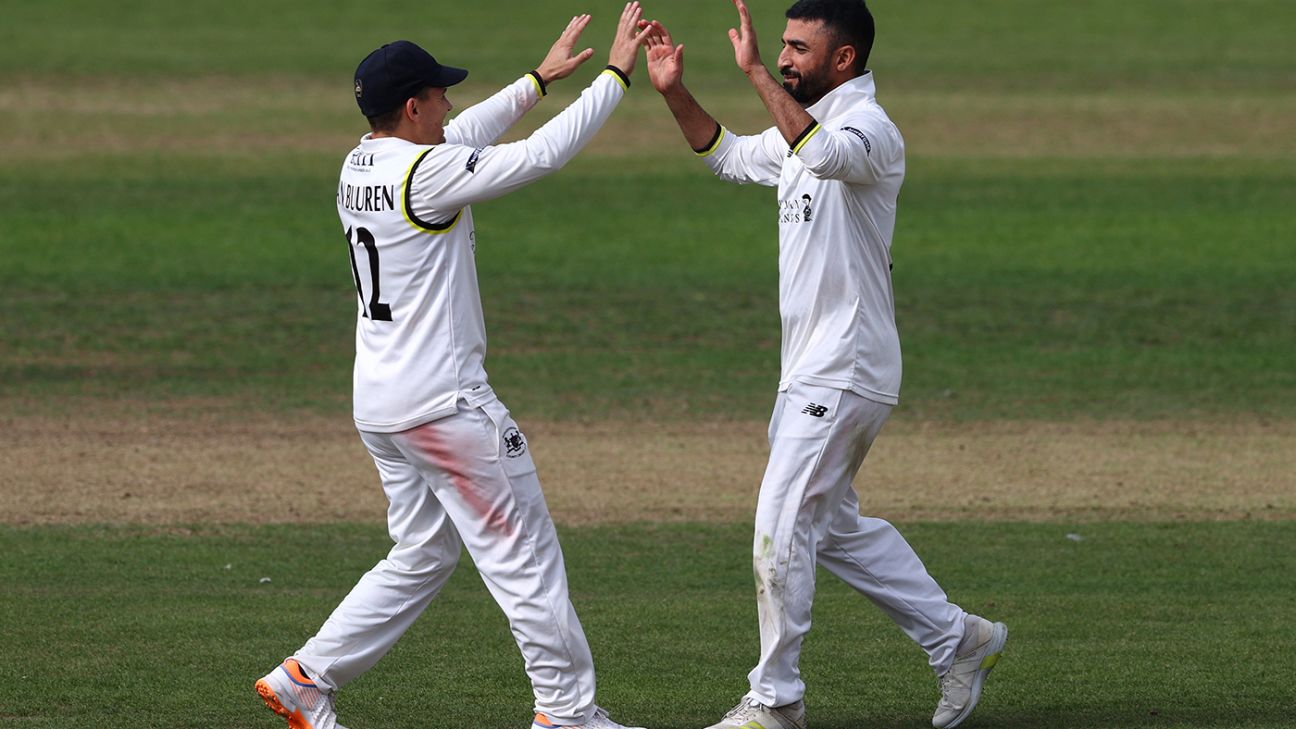 The future has been confirmed: Shan Masood, the Pakistan batter shrewdly pilfered from Derbyshire, will captain Yorkshire in all formats in 2023. Masood brings hopes of a new beginning – and it needs to begin as soon as possible. But, for the moment, the story at Headingley was of fear: fear of the present, fear of the future. And of a departing captain, much respected, who appeared to represent a bygone era.

The majority of Yorkshire members who assembled in the Long Room before start of play at Headingley were of identical mind on the two great issues of the day: the Strauss Review should be consigned to the waste bin and Yorkshire had no chance of beating Gloucestershire to secure their place in Division One next season.

Their view on the Strauss Review, which seeks a drastic reduction in the amount of county cricket, was voiced in no uncertain terms in a Members Forum as they gained assurances from the acting chief executive, Andy Dawson, that an EGM would be called as appropriate and that the vote would be binding. The members’ revolt around the country appears to be taking effect – although in Yorkshire’s case there may still be one or two complications ahead.

They would be less enamoured with the fact that their pessimism about Yorkshire also proved well founded. Beaten by Gloucestershire by 18 runs after being dismissed late on the third day for 222, they have finished the season with six defeats in eight and will be relegated if Warwickshire, currently second bottom, fashion an unlikely victory against Hampshire at Edgbaston on the final day, so finishing above Yorkshire by virtue of more games won.

For a while, though, a Yorkshire crowd surrendered to romance. By tradition, birthday flowers might still be hidden in shopping bags, or under overcoats, but invited to imagine that their 37-year-old former captain, Steven Patterson, would come in at No. 11 in the last innings of his career, and share in a match-winning last-wicket stand of 50, and they flirted with the notion from the start.
With every over blocked, poker faced, from the left-arm spinner, Zafar Gohar, they first applauded and then cheered. Patterson’s stumps were constantly imperilled, but the crowd was dancing to the fantasy. There were no whoops, to be fair, but this is Headingley after all. Dom Bess, in perhaps his best innings for Yorkshire, picked off boundaries with some serene drives as the light began to fail. Surely, they would not have to come back in the morning?
Then Gloucestershire removed Gohar and returned to pace at both ends. Patterson had nought from 26 balls, but his eyes lit up at a short, wide one from David Payne. He made good contact, but picked out Chris Dent at backward point. Bess was left stranded with an unbeaten 79 from 103 balls. Patterson had to make do with three standing ovations in one day. Yorkshire had six defeats in eight, their only win coming against Gloucestershire in their opening game. This has been no summer for romance.

Masood brings hope of success on the field and unity off it. It takes talent to heal breaches and the breaches could not be deeper.

Ottis Gibson, the coach who dared to accept a hospital pass as Yorkshire began to rebuild after Azeem Rafiq’s racism allegations, knows the truth. “With one day to go, we hope things go our way in Birmingham, but you ask yourself the question, ‘Do we deserve that bit of luck from Birmingham?’ If we end up in the second division, it’s our own fault. We can’t blame any other factors.

“The conversations we’ve had with Shan is that he is going to be club captain going forwards. The players know that. He will bring his own style of leadership.”

Gloucestershire will still finish bottom, but they will find consolation over the winter that they have finished the season with back-to-back wins against the two counties who still fear they might be relegated alongside them.

It was a difficult, but far from impossible Yorkshire chase, 241 on a sluggish surface allowing a degree of turn and seam, but Gloucestershire took a stranglehold from the moment Adam Lyth was sixth out at 119, deflecting to first slip off the shoulder of the bat after Pakistan left-arm spinner Gohar reared a delivery out of the rough. Gohar’s 4 for 69 gave him figures of 9 for 109 in the match.

Lyth’s 49 was his second responsible innings of the match, and he watched most of his batting partners depart with the removal of his helmet and a crestfallen sweep of his hand over the most recognisable shiny pate in the game.

Yorkshire would have been reasonably content at the way they polished off Gloucestershire’s last four wickets. They brought a further 29 runs, including Ollie Price, whose 68 ended when he chopped on against George Hill. Hill has been one of Yorkshire’s bright spots this season, arguably their Championship player of the year if you are minded to overlook Harry Brook’s excellent summer before England came a-calling. As for Patterson, an lbw decision against Gohar gave him his 489th and final first-class wicket.

Yorkshire lost James Wharton to the fourth ball of the innings to a square drive off one knee against Tom Price’s inswinger, which he deflected onto his stumps. Lyth kept his helmet on for that one, and just rescratched his crease mournfully. Further damage against the new ball was averted and Yorkshire looked well set at 69 for 1, at which point Ajeet Singh Dale’s inswinger beat Hill’s drive.

Tom Kohler-Cadmore’s Yorkshire farewell has been a skittish affair. His father, a dressing room attendant, walked out after the mass sacking of 14 employees in response to Rafiq’s racism allegations, and his departure for Somerset was confirmed in June. He did not appear to be overly restricted by fears of relegation: in the first innings, he holed out against Gohar’s first ball; this time he met the first five with diligent defence before slicing a lofted straight hit to long-off from the last ball of the over.

Lyth’s helmet removal was accompanied by a Paddington stare. The crowd’s stony silence was meaningful enough, but somebody offered an opinion and Kohler-Cadmore was provoked into a reaction. He was fortunate that he wasn’t booed off. Unlike Patterson, his Yorkshire career had ended badly and one day he might even understand why.

Payne added to Yorkshire’s plight, bowling both Jonny Tattersall and Harry Duke, the latter falling to an under-edge as he attempted a leave-alone. Jordan Thompson, who has allrounder status, made his first double-figure score in 12 innings, a run stretching back to mid-June before he turned Gohar to leg slip. The time had come for Bess to carry the fight and he did so in excellent fashion. But the Yorkshire dream never materialised and all eyes will be on Edgbaston on Thursday.