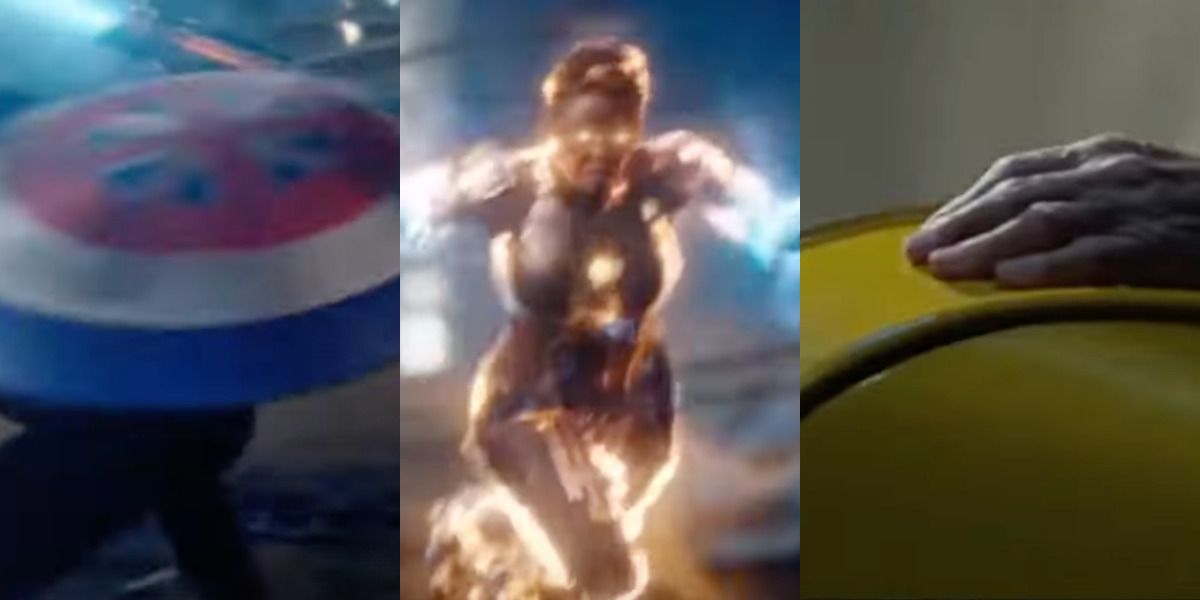 Doctor Strange in the Multiverse of Madness is so close we can almost touch it. Marvel Studios is heading into a final week of hype and teases before the film arrives in cinemas. A new TV spot for the mind-bending film has seemingly confirmed a long-standing belief about one character and teased the appearances of two others, as well as giving a new extended look at some previously seen footage.

The latest promotion for Doctor Strange’s upcoming trip through the multiverse has finally seemed to answer a long-standing question about the appearance of a glowing character in the very first trailer. The character in question appeared to be blasting through walls and coming up against Elizabeth Olsen’s Scarlet Witch in the early trailers, which led to a lot of speculation about who exactly that character was. The latest spot has given what is likely the clearest look we will be getting of that character, who now looks sure to be Monica Rambeau as Captain Marvel. While there was some speculation that this was going to be Tom Cruise’s variant of Iron Man, the new shots seem pretty conclusive that it is not and the Captain Marvel variant seems a much surer bet.

In an unexpectedly spoiler-filled tease, we are also given a first look at the shield of Captain Carter, the version of Captain American first seen in the animated What If…? series, and a glimpse of Professor X’s yellow chair as seen in X-Men: The Animated Series. These two appearances prove precisely how deep Marvel has gone in the movie to pull in Easter eggs from every possible corner of the Marvel universe, and that is what will make the film one of the biggest Marvel Studios offerings to date.

Related: Why Doctor Strange 2 Could Be the Most Important MCU Film

Can Fans Really Believe What They See in Marvel’s Multiverse of Madness Trailers?

While it seems that Marvel is dropping teasing clips of new characters every day, there is always that sense of doubt about anything that appears in a trailer or TV spot for a Marvel movie. Fans have learned the hard way not to believe everything they see in the build-up to big releases, and Doctor Strange in the Multiverse of Madness is likely to be no different.

“Are you sure you saw what you saw?” is a quote that has come up a lot recently, having been quoted by both Patrick Stewart and producer Richie Palmer at different times when discussing the film. Palmer also added in an interview with Empire Magazine last month:

“As you saw in Spider-Man: No Way Home, some rumors ended up being true, some did not. I would love to see Tony again, but some rumors are just rumors. I will say that I love the Illuminati. But if we ever introduce the Illuminati in the future, it might be more MCU-driven and have some more ties to our characters in the MCU, versus just replicating what’s in the comics.”

In the end, the only place to see the real footage play out is on cinema screens from next week when Doctor Strange in the Multiverse of Madness finally makes its debut.