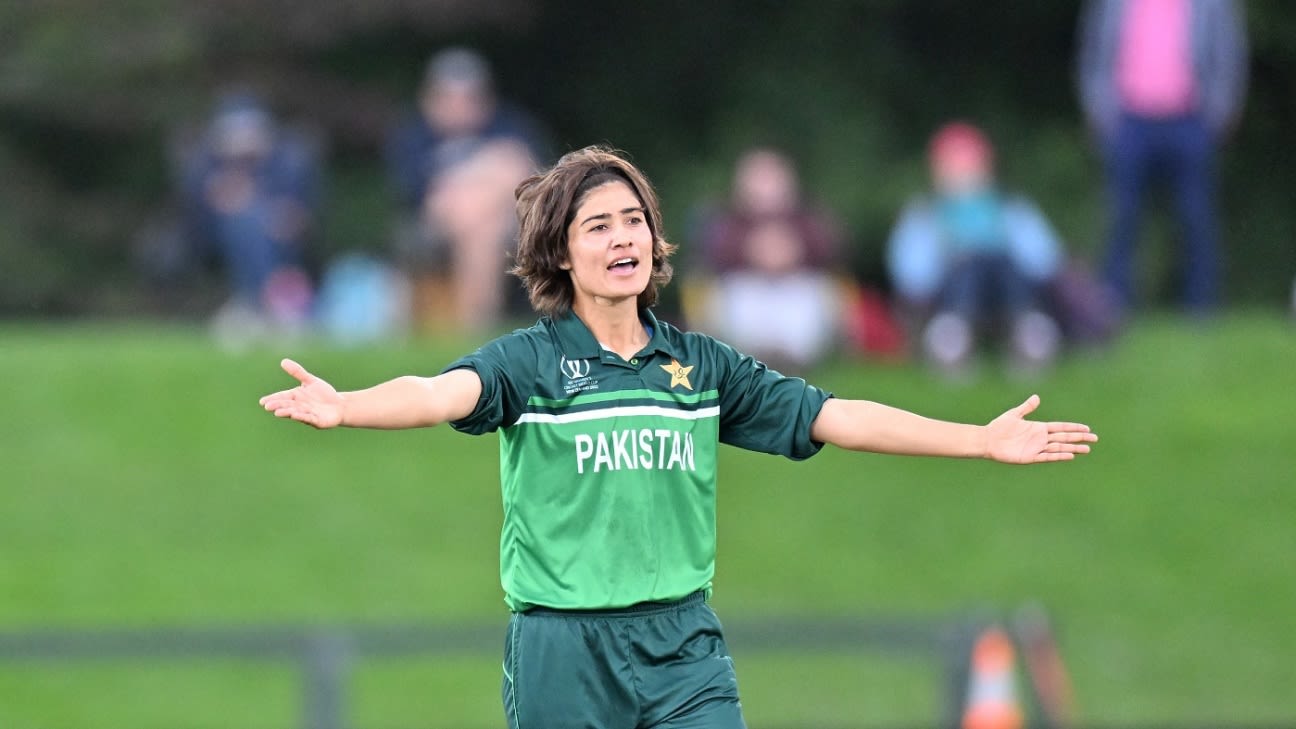 Baig, who had only recently recovered from a shoulder injury, fractured the index finger on her bowling hand during the third ODI against Australia on Saturday. She will be replaced by batter Sadaf Shamas in the Pakistan squad for the T20I series against Australia and the women’s T20 World Cup next month.
Shamas was previously named as a reserve player in Pakistan’s T20 World Cup squad set to be held in South Africa. She will now be drafted into the main squad while Baig has been recommended a minimum of four weeks’ rest.
Right-hand batter Shamas has impressed in recent ODIs, scoring 72 against Ireland and 30 against Australia on Friday, averaging 35 in three innings. She is yet to play a T20I though.

Shamas was picked as a replacement ahead of the two other reserve players – legspinner Ghulam Fatima and fast bowler Kainat Imtiaz – with the management opting to bolster their batting despite losing a fast bowler.