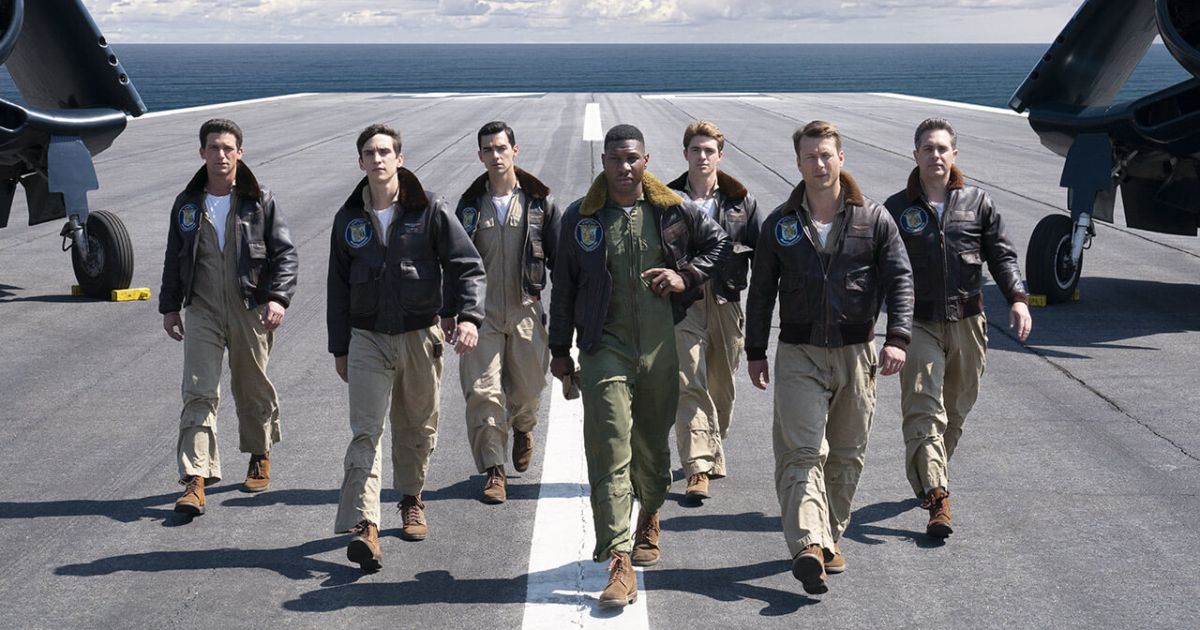 The filming of the Korean War drama Devotion was a personal thing for director J.D. Dillard. The movie covers the valiant war efforts of Jesse L. Brown, the first Black naval pilot, portrayed by Jonathan Majors. Dillard’s father, Bruce, was also a navy pilot, having been the second African-American aviator to fly with the Blue Angels. J.D. Dillard talked with The Hollywood Reporter about what it was like watching Majors perform the film’s most hurtful scene:

“That scene hurt, man, and it’s supposed to hurt… But it’s hard, and it hurt me to see Jesse do this to himself. So the best that I could do was just create an environment on set that felt safe, that felt trusting, that held a quiet that Jonathan needed there. It’s one of those scenes where you love your actor and you know that this is a performance, but it hurts to see hurt.”

This scene refers to Jesse L. Brown’s pre-flight ritual of looking in a mirror and reciting all the vile things that had been said to him throughout his life. Recollecting these bad experiences and horrible words was something that Brown did to motivate himself before every flight.

It can be difficult to separate the reality from the performance, especially when the performance is supposed to re-create the reality as closely as possible. Jonathan Majors had to perform this scene on one of the first days of filming, which Dillard referred to as “such a testament to how prepared Jonathan comes to set.” He had more praise for the lead actor, referring to his ‘presence’ and his ability to ‘disappear’ into his role:

“He both commands such a presence, but at the same time, Jonathan Majors disappears and the character he’s portraying is left standing there. So that’s one of the great things about him, and it’s an incredibly rare thing to be able to thread.”

It’s a personal story for the director, whose father had similar experiences to Brown’s, albeit a few decades later. Bruce Dillard was consulted on the film to help make sure everything was accurate. J.D. Dillard reflects on what it was like to tell such a personal story:

“As I cried my way through the script, it was not just being overwhelmed by how incredible the story was on its own, but then also just immediately sensing how much overlap there was between Jesse and my dad 30 years later… So I found myself with this very odd but overwhelming opportunity to not just honor Jesse and Tom, but then also get to tell my dad’s story in a way that I never expected.”

Dillard also commented on how the Korean War is often called the Forgotten War, pointing out that being between World War II and the Vietnam War makes it harder to recognize. “America’s relationship to it is much grayer. So it’s hard to celebrate in that regard,” he explained.

Based on a true story, Devotion premiered in theaters on November 23rd, 2022, and was distributed by Sony Pictures Releasing. It stars Jonathan Majors and Glen Powell, with the supporting cast including Christina Jackson, Joe Jonas, Thomas Sadoski, and Daren Kagasoff.

Transformers: Rise of the Beasts Trailer Teases a New Era for the Robots in Disguise

Inside Trailer Breakdown: Willem Dafoe Is a Trapped Art Thief Spiraling Into Madness