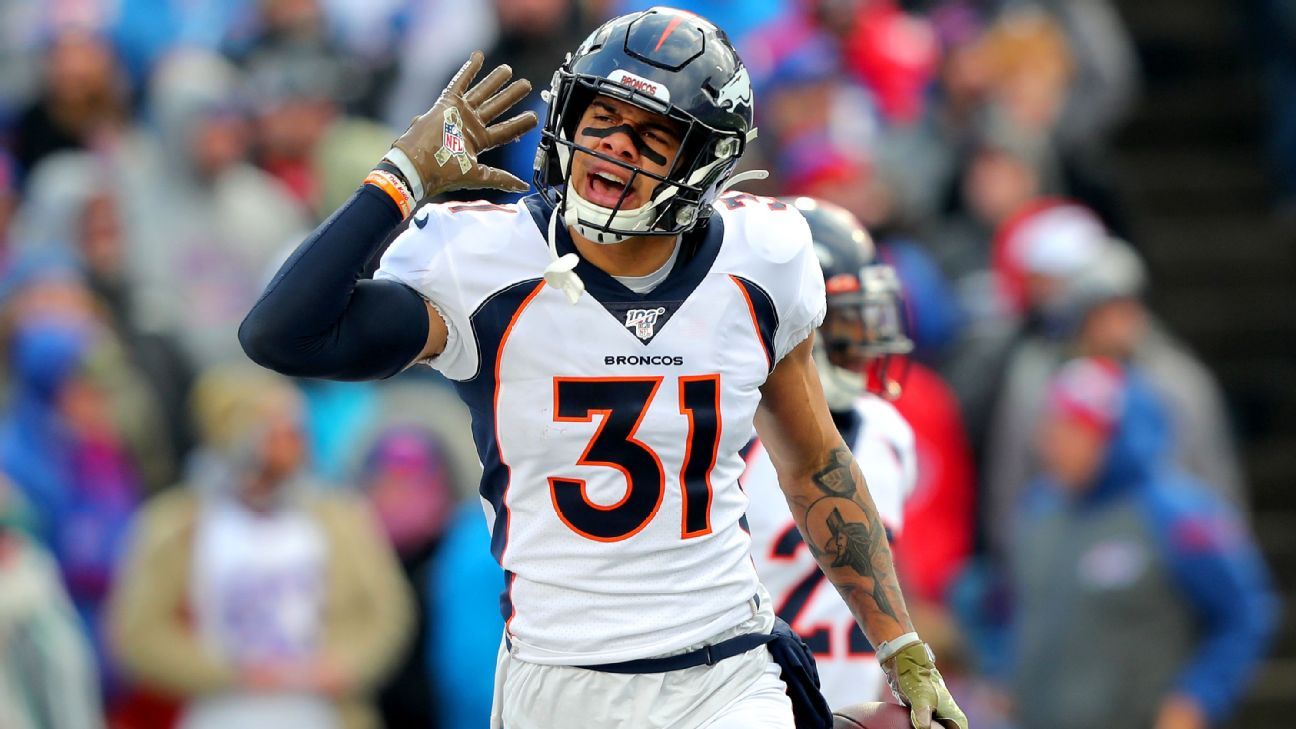 ENGLEWOOD, Colo. — Justin Simmons wanted to stay with the Denver Broncos, and the team made him the highest-paid safety in the league Friday to make that happen.

Simmons and the Broncos have agreed to a four-year, $61 million deal, according to multiple sources, with about $35 million in guarantees. Simmons’ $15.25 million-per-year average makes it the highest per-year average of any safety in the NFL.

Simmons, who had played every defensive snap for the team over the past three seasons, is also the first NFL safety to agree to a deal worth more than $15 million per season. The Cardinals signed Budda Baker to a four-year deal last September worth $14.75 million per year.

Simmons’ wife, Taryn, took to Twitter on Friday morning to announce “We’re here to stay Denver! We have some big dreams for this city that we now call home. We want to win football games of course but more importantly, we want to help change lives. We love you #BroncosCountry”

Broncos general manager George Paton had hinted Thursday that things were moving toward a long-term deal for Simmons, who was selected in the third round (98th overall) in the 2016 draft. Paton said: “I think we’re making progress. I don’t know when it will happen, but I believe we are making progress and that’s been a priority since I’ve gotten here.”

The Broncos had placed the franchise player tag on Simmons in recent weeks, but at the time called it a “procedural move” as the two sides worked toward a long-term contract.

Simmons had said throughout the 2020 season, when he had played on the franchise tag, that he was confident in “betting on myself,” that he hoped to stay with the Broncos and that he believed a deal would get done when both sides “really sat down to make that happen … but it takes both sides.”

He finished last season with 96 tackles and five interceptions. It was his third consecutive 90-tackle season. He has consistently been an active player in run defense along the line of scrimmage, with the versatility to match up on a variety of players in coverage.

The 27-year-old combines off-field community engagement with his stalwart on-field performance and was named the Broncos’ nominee this past season for the Walter Payton Man of the Year award.

Simmons has consistently been one of the most active players in the community and one of the team’s leading voices in social justice initiatives.

He has won the Darrent Williams Good Guy award, given out by the Denver chapter of the Pro Football Writers of America each season to a Broncos player to recognize professionalism and depth in interactions with the media. Simmons is the only three-time winner of the award since it began in 2006.