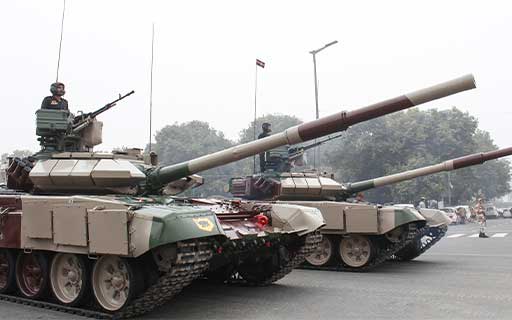 Life is uncertain, and if possible, we would all like to have guarantees to deal with its vagaries.

After all, a guarantee allows us to easily make a life decision – be it major or minor.

Yet, when it comes to investing, particularly in the stock market, we are told there are no guarantees.

No investment can guarantee you returns, nor can anyone accurately predict how much a stock may gain or lose over a certain period.

So how does one identify a future multibagger stock?

Rather than search for one elusive stock from a universe of thousands of stocks, it helps to first, look for a sector that could benefit immensely over the long term.

Everyone is buying into the India growth story and is very bullish on India’s prospects over the next few decades.

Sectors that most investors believe will drive India’s economic growth over the coming years are infrastructure, start-ups, agritech, renewable energy, and defence among many others.

But do these sectors offer any guarantee to provide multibaggers for the immediate future?

Unfortunately, they don’t. After all, there are always so many unknown variables.

For instance, the pandemic of 2020 resulted in the economy coming to a standstill. What if there is another outbreak?

Then there is the looming threat of a recession…

Do you think such events would be conducive for growth in sectors such as infrastructure, renewable energy or the start-up space?

There could perhaps be one sector that might be “bullet proof” over the next few years – defence and defence stocks.

Defence: The Dawn of a New Era

Demand growth for defence has accelerated in recent years and is likely to continue growing due to rising concerns of national security.

The government acknowledges there is a critical need to build technological capabilities over countries such as China and Pakistan.

This is amid heightened tensions due to ongoing territorial disputes with Pakistan and China.

Further, in India’s quest to become a super power, it needs to exert influence on a global scale as one of the world’s leading military powers.

But more than anything, there have been a series of reforms announced since the pandemic by the Modi government to spur growth in defence manufacturing.

The Atmanirbhar Bharat Abhiyan has emphasised the need of self-reliance in addressing India’s security requirements.

It’s critical in the current situation, in which a majority of our security requirements are met through imports.

Hence, no matter what else is happening, it seems unlikely there will be a slowdown in the defence sector anytime soon.

Don’t just take our word for it…

In 2020, India’s defence manufacturing sector recorded production of US$ 10.7 bn.

However, the Indian government has set India’s defence production target at US$ 25 bn by 2025. That’s over 100% increase in the next three years!

The Defence Ministry has set a target of 70% self-reliance in weaponry by 2027, creating huge prospects for industry players.

India is in an unusual and unique position to build a local defence industry that is supporting both local and export demand.

The rally in stocks of the defence sector over the last year may only be the beginning of a much bigger play.

Today, the Indian defence industry is in a nascent stage of its evolution to become a robust domestic industry and a world leader in exports.

Here is why the defence sector may produce multiple multibagger stocks over the coming decades.

Given the increasing focus on self-reliance, the Ministry of Defence (MoD), has set a target of doubling the defence production to US$ 25 bn by 2025. To achieve this, the MoD is focusing on boosting defence exports.

This bodes very well for defence manufacturing companies as it provides consistent revenue and better economies of scale.

India’s share of the global arms exports is still only 0.2%. Availability of high-quality engineering talent, cheap engineering labour, and IT infrastructure gives India a huge opportunity to significantly grow this number going forward.

The MoD is focused on promoting export demand for newly developed systems through diplomatic channels in countries of interest.

India exported defence items and technology worth a record Rs 13,000 crore in 2021-22, an impressive 54% rise over the previous year. The exports in 2021-22 were almost eight times of what they were about five years ago.

India’s defence exports are mainly to countries like the US, the Philippines and other countries in South-East Asia, the Middle East, and Africa.

Over the last decade, Indian defence manufacturers have produced technologically advanced defence equipment and systems with reasonable demand from friendly countries. They have significant export potential in the near future.

India: The 3rd Largest Military Spender in the World

Currently, India is the third largest military spender in the world but its defence needs are largely being serviced by imports.In a move to reduce dependency on imports, the Ministry of Defence has been allocated a total budget of Rs 5.25 lakh crore in 2022-23. This is 13.31% of the total budget for FY23.

Total allocation for capital expenditure was raised to Rs 1.52 lakh crore of which 68% is for domestic industries in the current year as against 58% in 2021-22.

This huge outlay opens the door for domestic companies to capitalise on a never-before-seen opportunity.

India is making planned, steady and focused progress to achieve Aatmanirbharta in the defence sector.

The main steps taken to inject momentum into the self-reliance drive include bringing out a series of ‘positive indigenisation lists’ to ban the import of major weapons, platforms, sub-systems, and components.

Since 2020, the Ministry of Defence (MoD) has prepared three lists of items for which there would be an embargo on the import.

Close to 2,700 items on these lists have already been indigenised. The rest will be manufactured in India in phases between December 2022 and December 2028.

“To promote indigenization, the Defence Ministry has brought out three positive indigenization lists. With the first and second list, we have been able to award defence contracts worth $7.1 billion … to Indian companies. We hope that over the next five to seven years, the indigenous acquisition will provide $64.28 billion worth of orders for the industry.”

India’s capital expenditure for defence procurement is expected to be around US$ 200-250 bn over the next 10 years.This offers a great opportunity to the Indian defence industry to rise to the occasion and manufacture the items in the negative list by using their own capabilities to meet the requirements of the armed forces in the coming years.

In 2020, the government announced increasing the foreign direct investment (FDI) limit from 49% to 74% under the automatic route and up to 100% through the government route in the defence sector.

India gives orders worth US$ 100 bn a year for defence procurement, making it one of the world’s lucrative markets for defence companies.

However, the earlier FDI limit of 49% was a deterrent for overseas investors as they were not comfortable sharing their technology without having the majority stake in the Indian JV company.

The increase in the FDI limit has finally kick started the production of advanced defence systems in India.

According to statistics shared by Ministry officials in 2021, FDI inflows of about US$ 559 mn have been reported by companies operating in the sector.

Greater FDI inflow in defence provides a chance of substantive economicadvantages. The increased flow of funds from a foreign source leads to more employment opportunities for the local population.

It also means that taxes and other revenues will flow back to the local economy.

The increase in FDI limit by the government aims to ensure the defence supply chain developed in India is sustained and continues to grow leading to self sufficiency and reduction in costs.

Defence is turning out to be Modi’s leading bet in his rigorous push for ‘Make in India’. This explains why the sector has the potential to produce the next set of multibagger stocks.

Defence is something to keep an eye on with a long-term view as there are going to be potentially some big beneficiaries of it over the coming years.

The best bet is to look at stocks with the most influence within the sector and are involved with R&D that will benefit from domestic production of defence equipment.

Defence sector stocks are somewhat buffered from industry-related losses because they are almost certainly going to have government projects at any given time.

While this certainty is a good thing, one must view defence stocks with the same amount of caution as one would view other stocks.

Disclaimer: This article is for information purposes only. It is not a stock recommendation and should not be treated as such. Learn more about our recommendation services here…

Yazad Pavri
Cool Dad, Biker Boy, Terrible Dancer, Financial writer
I am a Batman fan who also does some financial writing in that order. Traded in my first stock in my pre-teen years, got an IIM tag if that matters, spent 15 years running my own NBFC and now here I am… Writing is my passion. Also, other than writing, I’m completely unemployable!