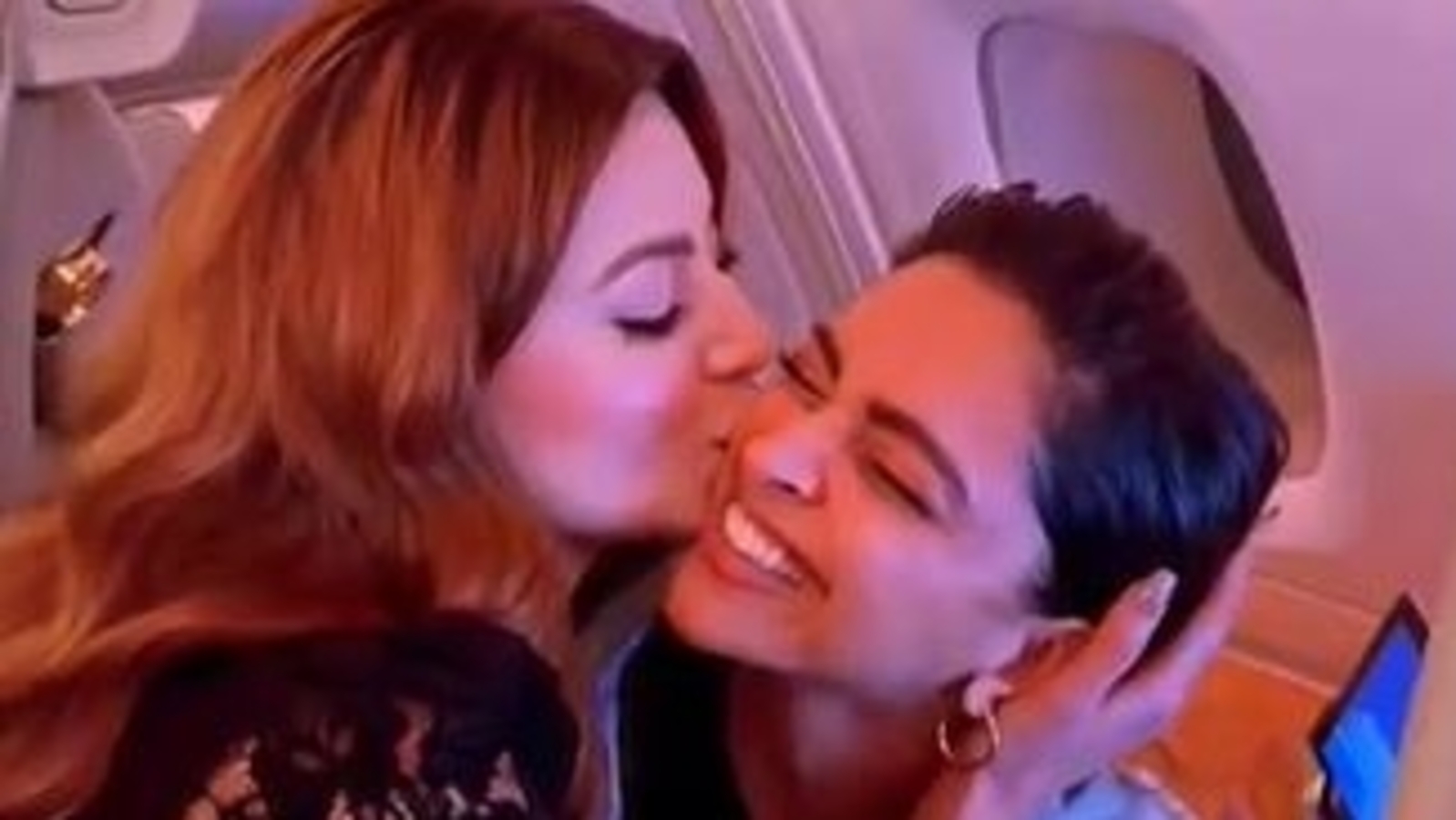 Actor Deepika Padukone has reacted after Urvashi Rautela planted a kiss on her cheek. Taking to Instagram Stories, a fan account shared a clip of Urvashi kissing Deepika on board a flight. For her travel, Deepika opted for a black outfit under a long denim jacket and white sneakers. Urvashi Rautela wore a black dress. (Also Read | Twitter users spot Deepika Padukone in a blink-and-you-miss cameo as Ranbir Kapoor’s mother in Brahmastra)

In the photo, Urvashi held Deepika’s face as she smiled and closed her eyes. The duo met during Deepika’s recent flight from Dubai to Mumbai. Deepika sat on her seat with a pillow on her lap while Urvashi stood next to her. Deepika returned to Mumbai on Thursday and was spotted at the airport.

A paparazzo account posted a video of the actor exiting the airport. She smiled at the people around her and also said ‘thank you’ before stepping inside her car. Reacting to the video, a person said, “Her smile omg my heart.” “Gorgeous,” read another comment. “Woman with class and grace,” said another fan. “She is the best. She is a real diva,” said an Instagram user. “Looking elegant hot and sexy beautiful,” said another fan.

Deepika was last seen in a cameo role in Brahmastra, helmed by Ayan Mukerji. In the film, Ranbir Kapoor plays Shiva, an orphan who lost his parents very early in life. After watching the film, fans were convinced that Deepika played the role of Ranbir’s mother.

Taking to Twitter, a fan wrote, “That clip of Deepika from Brahmastra is so wholesome. I’m obsessed.” Another person tweeted, “Umm… I’m halfway up the film but who played Shiva’s mom in the film? That kinda looked like Deepika idk.” A tweet read, “Spoiler alert from Brahmastra part 2: Deepika plays Ranbir’s mother.”

Ekta Kapoor’s lawyer denies reports of arrest warrant against her

Banijay Asia-produced Dahan becomes the most watched series on OTT

Jaya Bachchan calls Amitabh Bachchan ‘old,’ says he doesn’t like it when her friends visit: ‘He has changed’

Shweta Bachchan reveals why all her friends in college were boys: ‘They are just easier, less drama’