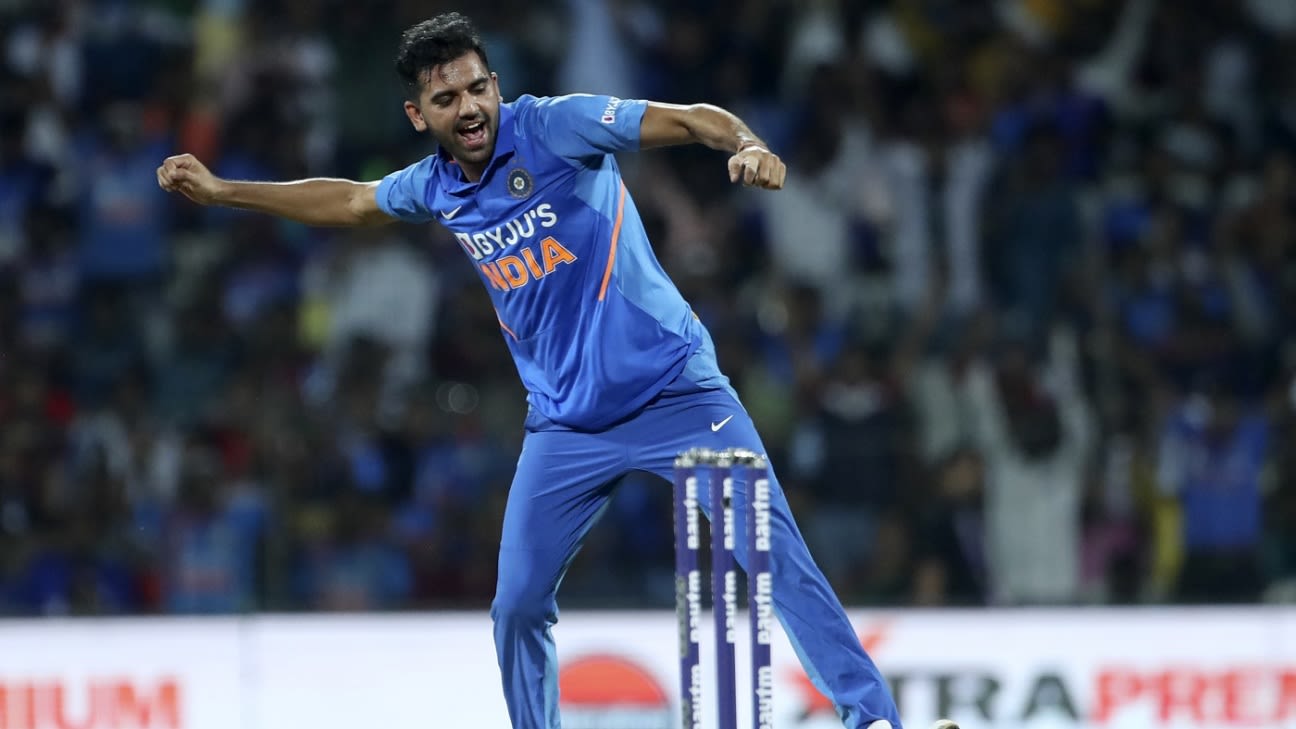 Deepak Chahar has made a comeback to the Indian team after a gap of nearly six months, during which he was being treated for a back injury, for the ODI series in Zimbabwe in August. Rahul Tripathi has received a maiden ODI call-up as well, while Washington Sundar and Kuldeep Yadav have been included in the squad of 15 for the three-match series in Harare.
KL Rahul, it is understood, hasn’t yet recovered sufficiently after first undergoing surgery for a sports hernia and then suffering from a bout of Covid-19.
Shreyas Iyer, Suryakumar Yadav, Ravindra Jadeja, Arshdeep Singh and Yuzvendra Chahal, who were all part of the ODIs in the West Indies, have been left out. While there has been no official word on the selections, or non-selections, it is understood that the premier players are being rotated as part of the BCCI’s policy keeping in mind the packed international calendar. India are currently playing a white-ball series in the West Indies, and the Asia Cup will start on August 27 in the UAE, just five days after the last ODI in Zimbabwe.
Chahar last played for India, or at any representative level, in the T20I series at home against West Indies back in February. He picked up the back injury while undergoing rehab at the National Cricket Academy (NCA) in Bengaluru, where he was recovering from the quadricep tear he was diagnosed with during the West Indies games. He subsequently sat out the IPL, where he was one of Chennai Super Kings’ big buys, as well as all the international cricket India have played since.
Kuldeep recently received the green signal from the NCA medical team after recovering from a hairline fracture in his right wrist, which had forced him out of the South Africa T20Is at home as well as the white-ball tours of Ireland and England. He is in the squad that is currently playing in the T20I series in the West Indies. Kuldeep last played in the IPL for Delhi Capitals, where he picked up 21 wickets in 14 matches.
Washington, who last played for India in the ODIs against West Indies, had recovered from a hand injury last month and, more recently, has been in action for Lancashire in the County Championship. He picked up a five-for in the first innings against Northamptonshire in his first county game, and followed it up with a match-winning knock of 34*. He has played one more match, against Kent, and took 3 for 24 in the second innings.

Tripathi had received his maiden India call-up in June for the T20Is against Ireland, but did not make the playing XI. While he has made a name for himself with his exploits in T20s, specifically in the IPL, Tripathi has a fairly good record in the 50-over format as well: in 43 List A games for Maharashtra, he has 1209 runs at an average of 31.00. In the 2021 Vijay Hazare season, he made 199 runs in five games at 49.75.

Shikhar Dhawan, who led India in the West Indies ODIs, will continue as captain for this series as well, with regular captain Rohit Sharma continuing to sit out. The likes of Virat Kohli, Hardik Pandya, Jasprit Bumrah, Rishabh Pant and Mohammed Shami have also been rested.