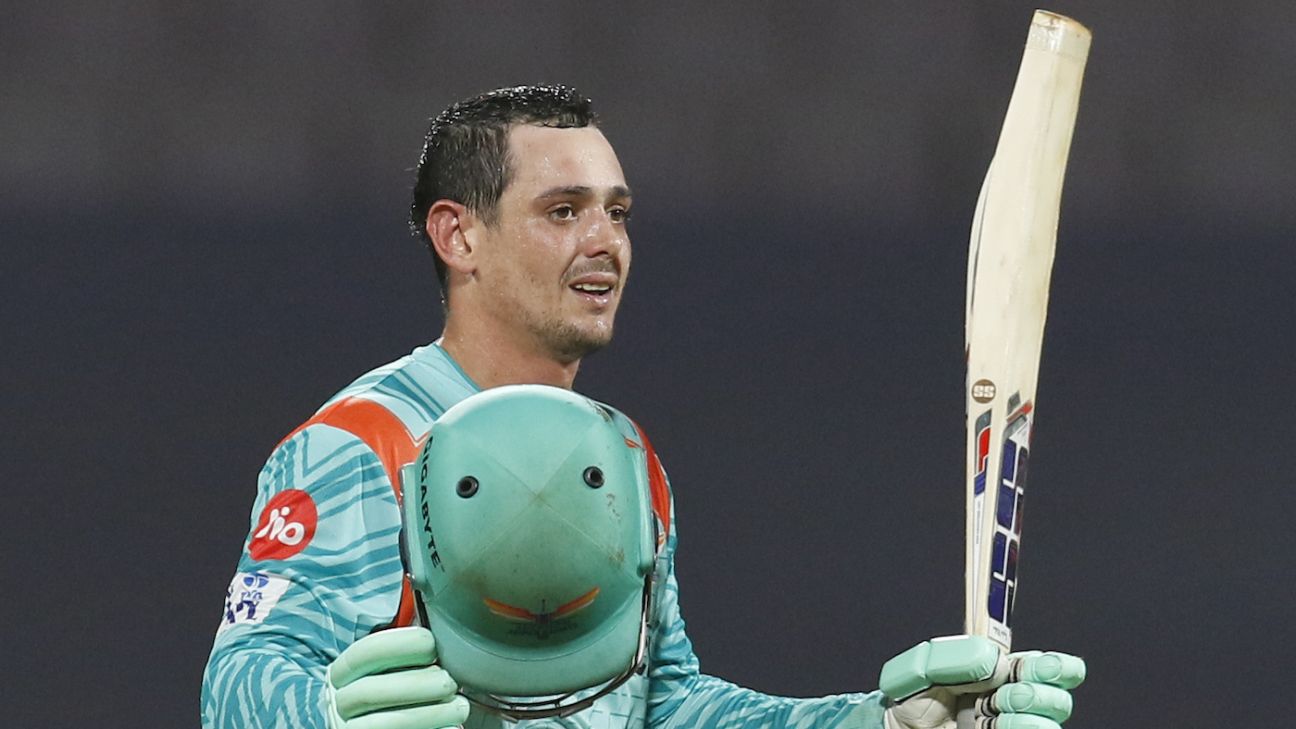 De Kock, 29, is one of South Africa’s key players. His left-handedness and aggression at the top of the order make him a sought after commodity in the T20 cricket. Alongside his runs – 8497 at an average of 33 and a strike rate of 138 – de Kock also has experience captaining the national side. He has led them in four Tests, eight ODIs and 11 T20Is. De Kock is also on the books of the Lucknow Super Giants, the IPL team that shares the same owners as this Durban team.