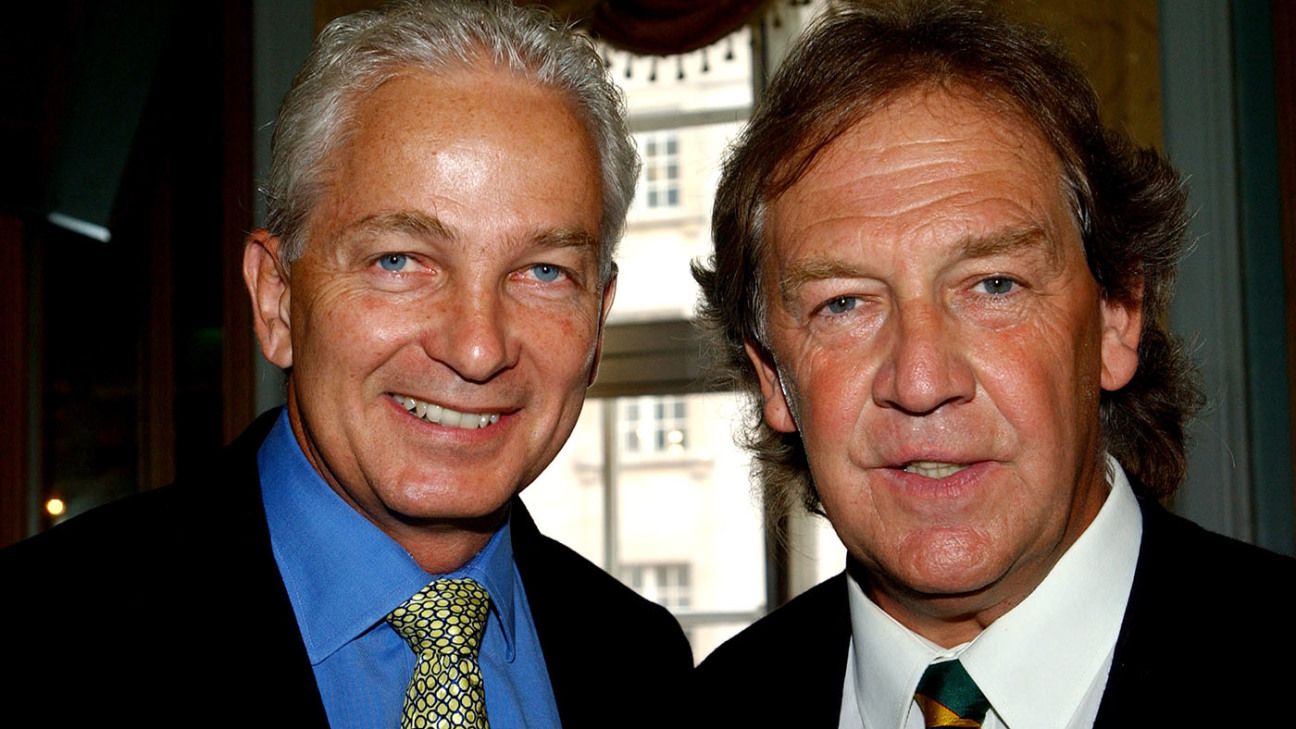 David English, the larger-than-life “Godfather of English cricket” – whose Bunbury schools festival has helped to foster the careers of more than 1000 first-class cricketers, including more than 125 international players – has died at the age of 76 following a heart attack.

English was a friend of the stars whose life story had to be seen to be believed. Among his claims to fame was a stint as the manager of the Bee Gees and Eric Clapton at the height of their fame in the 1970s, and production and acting roles on film and TV, including the children’s show You and Me, and credits in the 1977 second world war epic A Bridge Too Far (during which he taught Robert Redford the intricacies of cricket), as well as more prosaic roles in Emmerdale and Bergerac.

However, it was his personal involvement in cricket that has provided English’s most lasting legacy. In 1987, he was approached by the publisher of The Cricketer magazine, Ben Brocklehurst, with a proposal to fund their annual schools festival. He agreed, on the sole condition that it was named in honour of the Bunbury Tails … a series of children’s books that he had written about cricket-playing rabbits.

Thirty-five years later, his legacy was still going strong – in 2018, the ECB took over the running of the England Schools Cricket Association, the festival’s parent body, but English’s imprint remains ingrained in the Bunbury experience.

When England won the World Cup in 2019, no fewer than ten of the team that took the field for the final against New Zealand had experienced their first taste of the big time at the annual Bunburys festival. And, speaking to the Telegraph in the aftermath of that win, English himself related the conversation he had had with the players in the midst of their post-match celebrations.

“They all got on the phone,” English recalled. “I think they had had a few Coca-Colas. There was Root, Buttler, Stokes, Woakes, Plunkett, Wood, Adil Rashid, Moeen Ali and they all passed the telephone around and they all said, ‘Dave thanks very much for everything you did for us’, and ‘thanks for giving us the chance to show what we could do’. Very touching. That meant a lot to me.”

English was no less of a Godfather-figure to England’s 2005 Ashes-winners – nine of that team came through his festivals, including Andrew Flintoff, Michael Vaughan and Ian Bell.

English’s talents as a people person made him a voracious charity fundraiser – he was an enthusiastic backer of Ian Botham’s charity walks for Leukaemia Research, and earned from Botham in return the nickname “The Loon” – but his ability to bring together the stars from his various walks of life made for some remarkable scenes on a cricket field, be it the Rolling Stones’ Bill Wyman bowling to Viv Richards with a pint at the end of his run-up and a cigarette in his mouth, or Mick Jagger and Keith Richards batting in partnership.

English’s death was confirmed on the eve of the T20 World Cup final, in which several of his Bunbury players will taking on Pakistan at Melbourne, not least the captain Jos Buttler, who was one of English’s Class of 2006, alongside Ben Stokes, Jack Leach and Joe Root – for whom their karaoke night at Nando’s in Brighton was, according to English’s interview in The Cricketer in 2021, a highlight of the trip.

“In my heyday, I used to take them to Nando’s and we used to have karaoke, jumping about on tables,” he said. “Joe Root will say: ‘Dave, do you remember Nando’s in Brighton?’ Very rarely do they talk about the cricket!”

In a statement on Twitter, the ECB said that it was “saddened” by the news of English’s death, adding: “He did so much for the game, and for charity, and he played a part in the rise of many England Men’s cricketers. Our thoughts at this time are with his friends and family.”