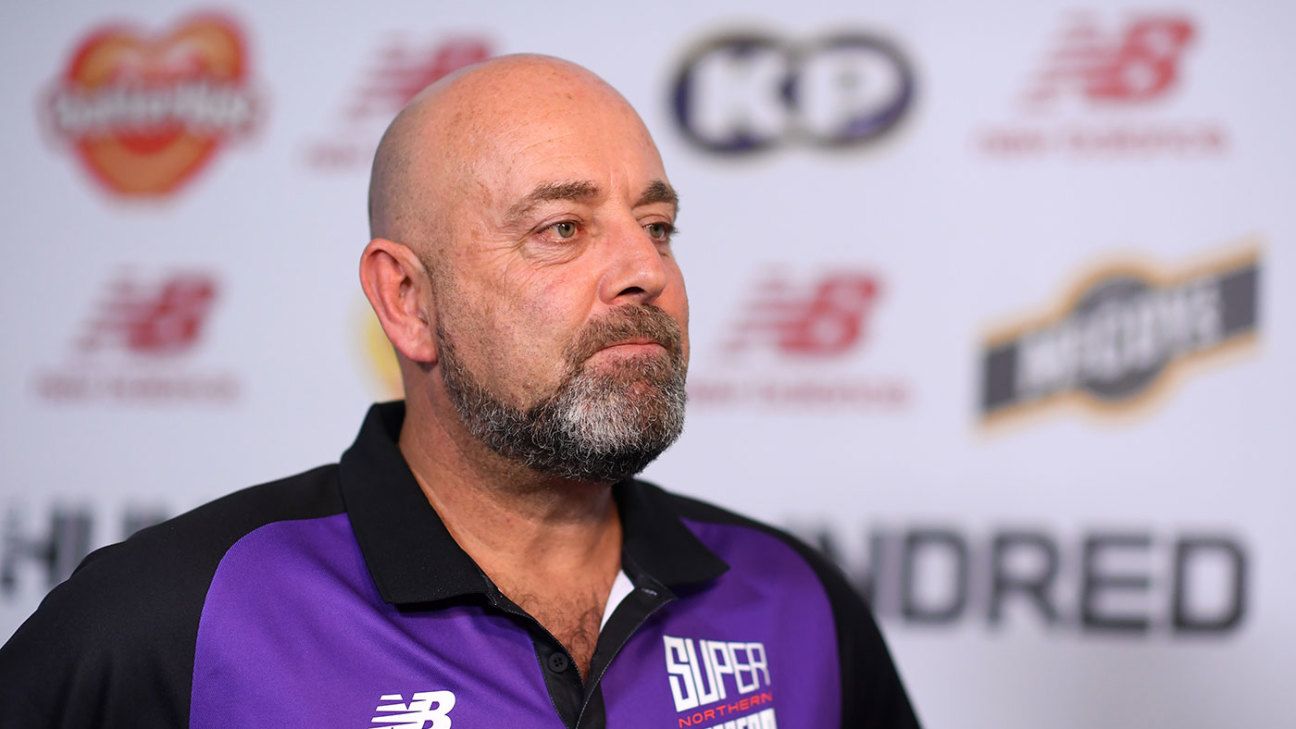 Darren Lehmann has resigned from his role as men’s head coach of Northern Superchargers, the Hundred team based at Headingley.

Lehmann, the former Yorkshire and Australia batter, has started to step back from his coaching commitments since suffering a heart attack on his 50th birthday in early 2020. He stepped down as head coach of Brisbane Heat ahead of the ongoing BBL season, moving to a role as assistant, and has now left the Superchargers ahead of the 2022 edition of the Hundred.

“It’s with a heavy heart that I have taken the decision to step down as men’s head coach at the Superchargers,” Lehmann said in a statement. “As for many people, the continuing uncertainty around Covid-19, quarantining and restrictions begins to play a part in your decisions.

“I loved my time with the Superchargers. Last season, despite all the challenges of Covid, was up there with one of my coaching highlights.

“The UK public got behind the new competition and I see it going from strength to strength. I thank the Northern Superchargers supporters, my coaching staff and the players and wish them all well.”

Heather Jackson, the Superchargers’ chair, confirmed that Marcus North, Durham’s director of cricket, would be “taking on lead cricket responsibilities” and that he would be responsible for recruiting a new head coach, along with Andy Dawson, their general manager.

Andrew Gale, Lehmann’s assistant coach, has not had his contract renewed with the Superchargers after he was sacked by Yorkshire following racism allegations made by Azeem Rafiq.
Lehmann’s own appointment as Superchargers coach came under scrutiny after Rafiq first made his allegations of institutional racism in late 2020. Lehmann was banned for five ODIs in 2003 after using racially abusive language following his dismissal in a game against Sri Lanka.

A statement from the ECB made no mention of Lehmann’s previous comments. The ECB’s decision in November to suspend Headingley’s right to host international and major matches extends to knockout fixtures in the Hundred, but it remains the Superchargers’ home ground for regular-season games.