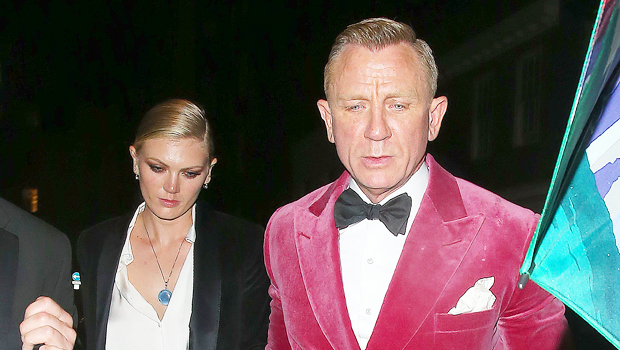 One of the most iconic roles in film has been James Bond in the 007 franchise. Spanning decades and seven different actors, it’s often a career-defining role for those who take up the mantle. The most recent actor to play James Bond has been Daniel Craig. The 54-year-old English actor has taken on plenty of other roles besides the world-class spy, like Mikael Blomkvist in The Girl With The Dragon Tattoo and Benoit Blanc in Knives Out. He even reprised the role of detective Benoit for the Knives Out sequel, Glass Onion: A Knives Out Mystery, which premiered on Sept. 10, 2022. Some of Daniel’s costars in the film include Kate Hudson, Outer Banks star Madelyn Cline, Iron Fist actress Jessica Henwick, Mrs. Fletcher star Kathryn Hahn, and many more.

While he’s had a film career that most actors would certainly envy, Daniel has been married twice and has two daughters, one from each relationship. He was married to his first wife Fiona Loudon from 1992 until 1994, and he’s been with his current wife Rachel Weisz, 52, since 2011. Find out more about both of Daniel’s daughters here!

Daniel’s older daughter Ella, 30, was born to his first wife Fiona in 1992. The Bond actor and his first wife split up in 1994, but Ella definitely still has a close bond with her dad, as she was his date to the premiere of the latest 007 movie No Time To Die in September 2021. Ella is an actress herself, having performed in live theater productions for the acclaimed theater group Shakespeare & Company, according to DailyMail. She also has acted in the short film Maneater in 2017 and the 2018 film Trauma is a Time Machine. She does have upcoming roles in the movies The Vizitant and Can’t Let It Go, according to her IMDb page.

Daniel tied the knot with Rachel Weisz in 2011, and in 2018, the pair had their first daughter together. Rachel has a son from her earlier relationship with director Darren Aronofsky named Henry, 16, but she and Daniel have kept their daughter very private. While the couple haven’t released a photo of the girl, 4, Rachel did mention that their child “does look very like [Daniel]” in a 2018 interview on The Late Show With Stephen Colbert.

While Daniel clearly loves both of his daughters, he did reveal that he doesn’t have big plans to leave a large inheritance in an August 2021 interview with Candis Magazine. “Isn’t there an old adage that if you die a rich person, you’ve failed?” he said, via The Guardian. “I don’t want to leave great sums to the next generation.”