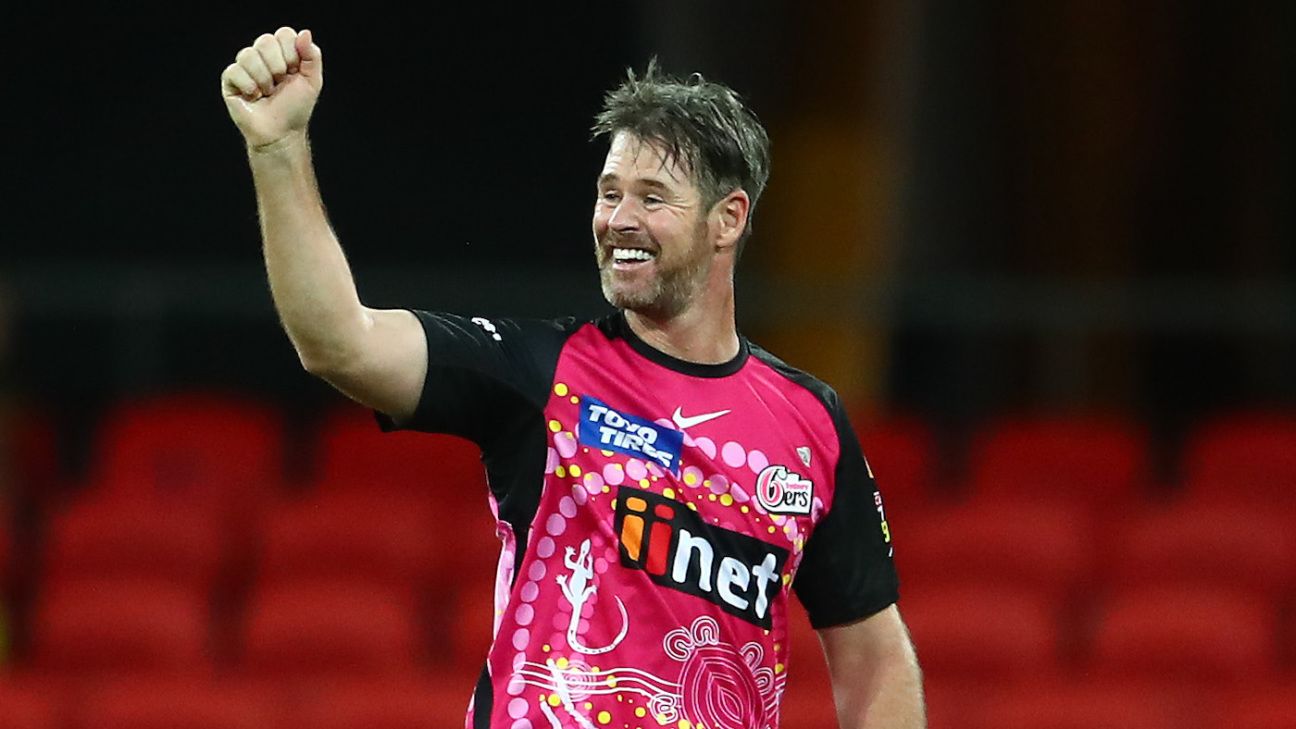 Dan Christian, one of the most decorated T20 cricketers in history, has announced he will retire at the conclusion of the ongoing BBL with Sydney Sixers.

Currently Christian, 39, has played 405 T20s amassing 5809 runs and taking 280 wickets. Selection permitting, he will have at least four more matches with Sixers guaranteed two shots at reaching the BBL final having finished in the top two of the regular season.

“Yesterday at training I told by Sydney Sixers teammates that I’ll be retiring from playing at the end of the BBL season,” Christian posted on Twitter on Saturday morning. “Sydney Smash tonight, followed by our last round game against the Hurricanes, and then the finals.

“Hopefully we can go all the way again this season, but regardless, it’s been a great run. I’ve achieved things and made some memories that I could only have dreamt of as a kid.”

Christian has enjoyed success all around the world over the last decade as his career became increasingly focused on T20. Since 2010, he has won nine domestic T20 titles, most recently the 2020-21 BBL with Sixers, two years after he helped Melbourne Renegades to the prize.

His last first-class match came in 2018 although there was a surprise return to Australia’s ODI side in 2021 when he played against West Indies in the Caribbean with the side missing several first-choice players due to Covid restrictions.

He returned to T20I cricket at the same time, after a gap of four years, featuring against West Indies and Bangladesh before being named as a reserve for Australia’s 2021 T20 World Cup campaign.

“What I didn’t expect to learn as a kid though, is how many people I was going to come in contract with that have had an influence on my career and ended up becoming lifelong friends,” he added. “I’m looking forward to now having the time to catch up with you all and now having to use the excuse: “Sorry, I’ve got cricket.”