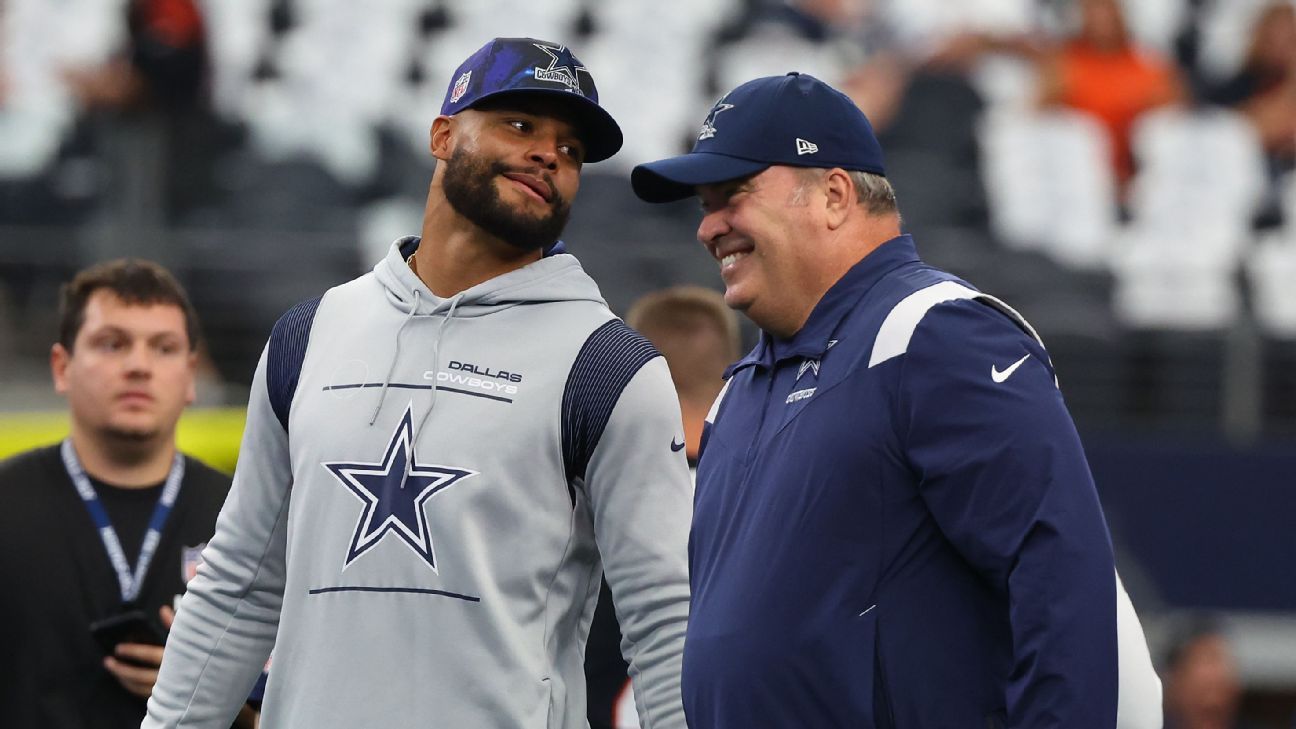 Dallas Cowboys quarterback Dak Prescott, who had the stitches removed from his surgically repaired thumb and began throwing a football this past week, is eyeing next Sunday’s game against the Los Angeles Rams for a possible return, sources told ESPN.

The Cowboys want to make sure that Prescott is as close to 100% healthy as possible and could push back his return until Week 6 against the division rival Philadelphia Eagles, according to sources.

If Cooper Rush continues to play well Sunday against the Washington Commanders and the Cowboys continue winning with the veteran backup under center, it would buy Dallas even more time for Prescott to be fully recovered. The two-time Pro Bowler initially was expected to miss six to eight weeks after breaking the thumb on opening night against the Tampa Bay Buccaneers.

Prescott clearly is progressing nicely, however, after the Cowboys elected not to place him on injured reserve. The seven-year veteran is feeling better and also is gripping and throwing the football again.

Prescott ideally would like to play off some of the rust next Sunday against the Rams before what could be a pivotal NFC East tilt the following week.

Rush, 28, has led Dallas to back-to-back victories since replacing Prescott, passing for 450 yards and two touchdowns over that stretch. With a win Sunday against the Commanders, Rush would become the first Cowboys quarterback to win the first four starts of a career.

“I think you have to recognize how he’s played the quarterback position,” Cowboys head coach Mike McCarthy said. “He’s played very well the last two weeks. He’s in total command of the offense. We’ve been a full template as far as the things you try to get in and out of, and that’s a credit to him.”