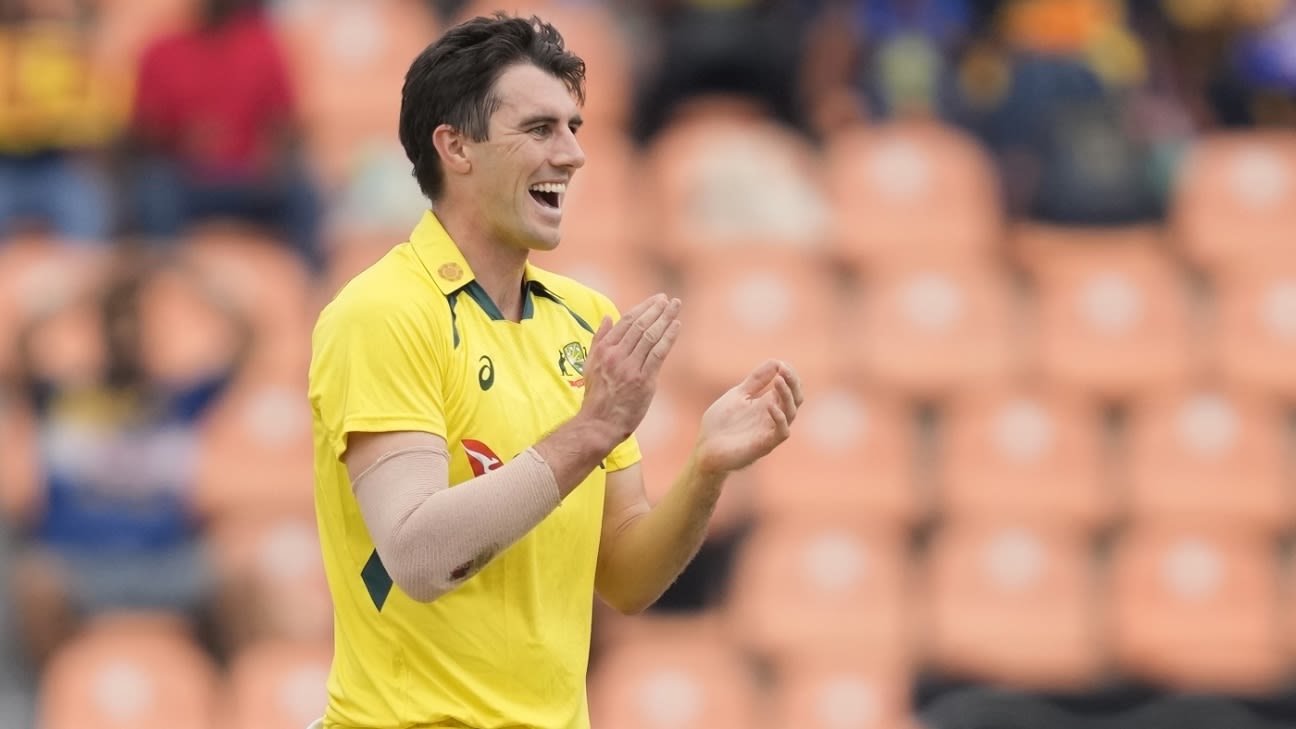 As he prepares to take the reins of Australia’s ODI team amid a gruelling schedule marked by a World Cup less than 12 months away, Pat Cummins said prioritising being physically and mentally “fresh” was behind his decision to skip next year’s IPL.

Now, juggling Test and ODI captaincy, Cummins calculated that he would be playing more than 100 days of international cricket over the next 12 months.

“I really do love playing in the IPL, but just looking at the schedule, the decision was pretty easy,” Cummins, who was a part of the Kolkata Knight Riders team, told reporters on Wednesday. “You not only want to be physically fresh but, as captain, you want to be mentally fresh as much as you can to make decisions.

“Straight after the IPL, there are six Test matches, hopefully we make the World Test Championship final. I was totally depleted after the last Ashes (in England) in 2019, so I just want to be going there as fresh as I can be.”

Having recovered from a bout of gastroenteritis, Cummins will start his ODI captaincy against England on Thursday in Adelaide. The three-match series has been derided as being inconsequential, coming as it does just days after England lifted the T20 World Cup trophy, and with Australia having home Test series against West Indies and South Africa coming up before a hectic 2023 highlighted by Test tours of India and England.

“The last 12-24 months, there has been a big focus on T20 cricket and I think that focus now shifts to ODIs with a World Cup in 12 months’ time,” Cummins said. “To challenge ourselves against the current title-holders and probably the most in-form team around the world, there’s a lot to play for.”

‘I don’t think you will see too much change from what Finchy brought to the squad around his captaincy. I hope I can provide an environment where the players can all go out and express themselves’

Cummins revealed that Mitchell Starc would start with the new ball against England after the left-armer was dropped for Australia’s must-win T20 World Cup match against Afghanistan in Adelaide. Starc had been shifted away from the new ball after he leaked 14 runs in the first over of Australia’s costly opening loss to New Zealand.

“He will take the new ball. He’s really positive. I hope he knows his value,” Cummins said of Starc. “He’s been fantastic, especially in ODI cricket. He’s a huge player for us.”

Having replaced Aaron Finch in the hot seat, Cummins didn’t foreshadow many drastic changes in leadership style in a role he will fulfil until at least the World Cup.

“When I took on this role, it was campaign-focused; there are a dozen ODIs until next year’s World Cup and we will see how that goes and make a decision after that,” Cummins said. “I don’t think you will see too much change from what Finchy brought to the squad around his captaincy. I hope I can provide an environment where the players can all go out and express themselves.”