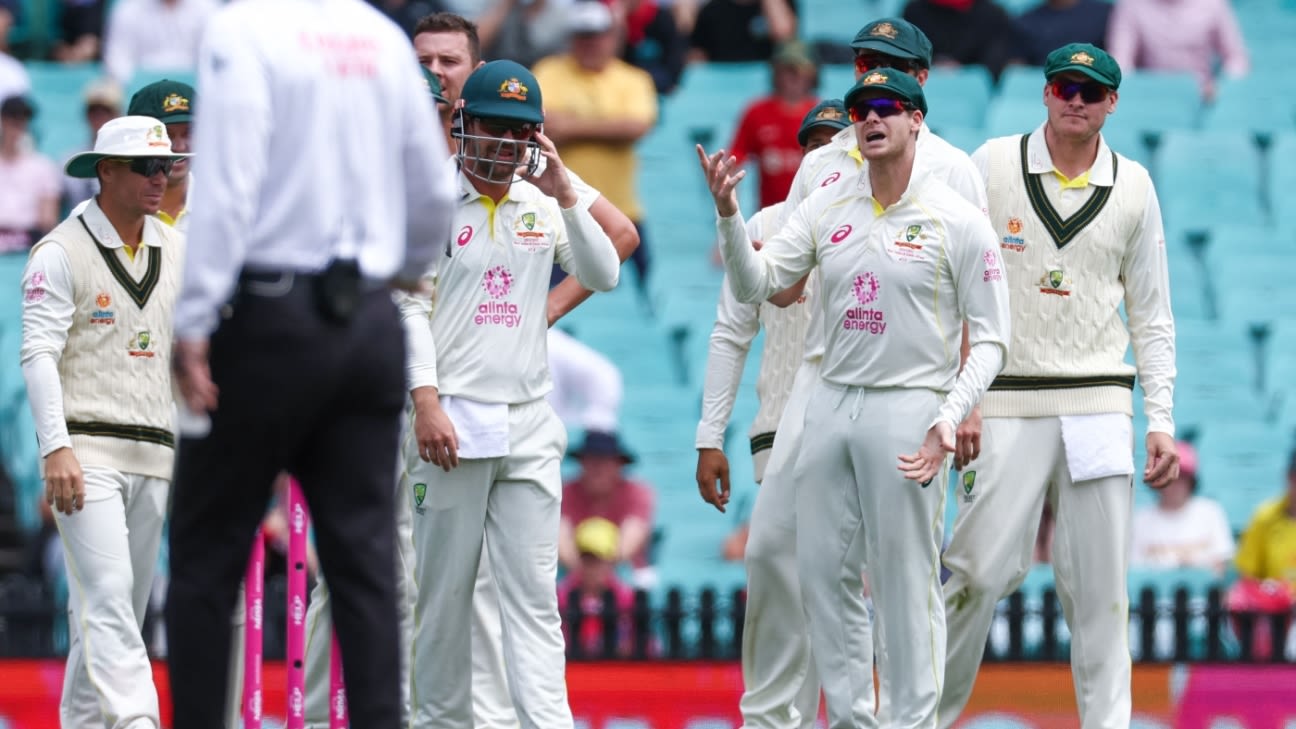 Pat Cummins says there has to be a better way for the third umpire to adjudicate on catches after Richard Kettleborough was forced to make three contentious decisions during the third Test.

Sydney match umpires lodged reviews for three catches taken low to the ground in the slips at the SCG. On each occasion, third umpire Kettleborough found evidence the ball had touched the ground before the fielder was able to control it. Consequently, none of the catches were given.

Cummins’ team-mates Marnus Labuschagne and Josh Hazlewood previously suggested the first step to changing the way such catches were officiated would be to scrap the on-field umpire’s soft signal, given the third umpire overturned it on two of the three occasions, although that decision now only becomes a factor if technology fails or is unavailable for the third umpire.

“I don’t really know the answers but there has to be a way to try and improve it somehow,” Cummins said after the Test against South Africa ended in a draw. “As it currently stands, it’s really hard to give a batter out. If there’s any kind of benefit of the doubt, it goes the batter’s way.

“I think with a couple of camera angles really slowed down, it’s pretty hard to not find doubt somewhere. I do feel for Ketts a little bit up there.”

In making a decision, the third umpire only has access to footage from the host broadcaster, Fox Sports and not from Seven Network cameras.

“Maybe there’s more cameras we can use down the track,” Cummins said.

South Africa captain Dean Elgar was visibly frustrated when his side was on the receiving end of the first non-catch call but at stumps said he was pleased the umpires remained consistent throughout the match.

“The way the umpires conducted the three was pretty good. I think it was brilliant,” he said. “Once you’ve set the bar with the first one, you can’t really budge much from there.