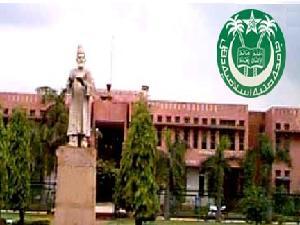 Candidates willing to apply for registration against the first merit list can do the same from September 29 to October 01, 2022. This year the college is going to conduct admission in the UG courses on the basis of the CUET scorecard.

The UGC has released the tentative dates for the Jamia Millia Islamia admissions. As per that, the first merit list will be released on September 26, 2022. Whereas, the academic year shall begin on October 03, 2022. Check out the table below to know about the important dates corresponding to the JMI admission.

As per the official brochure of Jamia Millia Islamia, a lot of courses are offered on the basis of CUET courses. The primary courses offered by JMI are BA, B.Sc, B.Voc, and B.Com etc. The final admission is subject to the rank and marks secured in the CUET entrance examination.

After the Jamia Millia Islamia merit list is released the candidates will be asked to complete the counselling registrations. The university will activate the online registration link that candidates can use to register for counselling. Next, they will be required to lock their seats for the course they have been allotted on the basis of their ranks.

Nobel Peace Prize for 2022 announced: see winners and why they won it?

MP BE Round 2 Seat Allotment 2022 Announced at dte.mponline.gov.in

Why and How women get fewer Nobel Prizes: know shocking facts on Nobel Prize