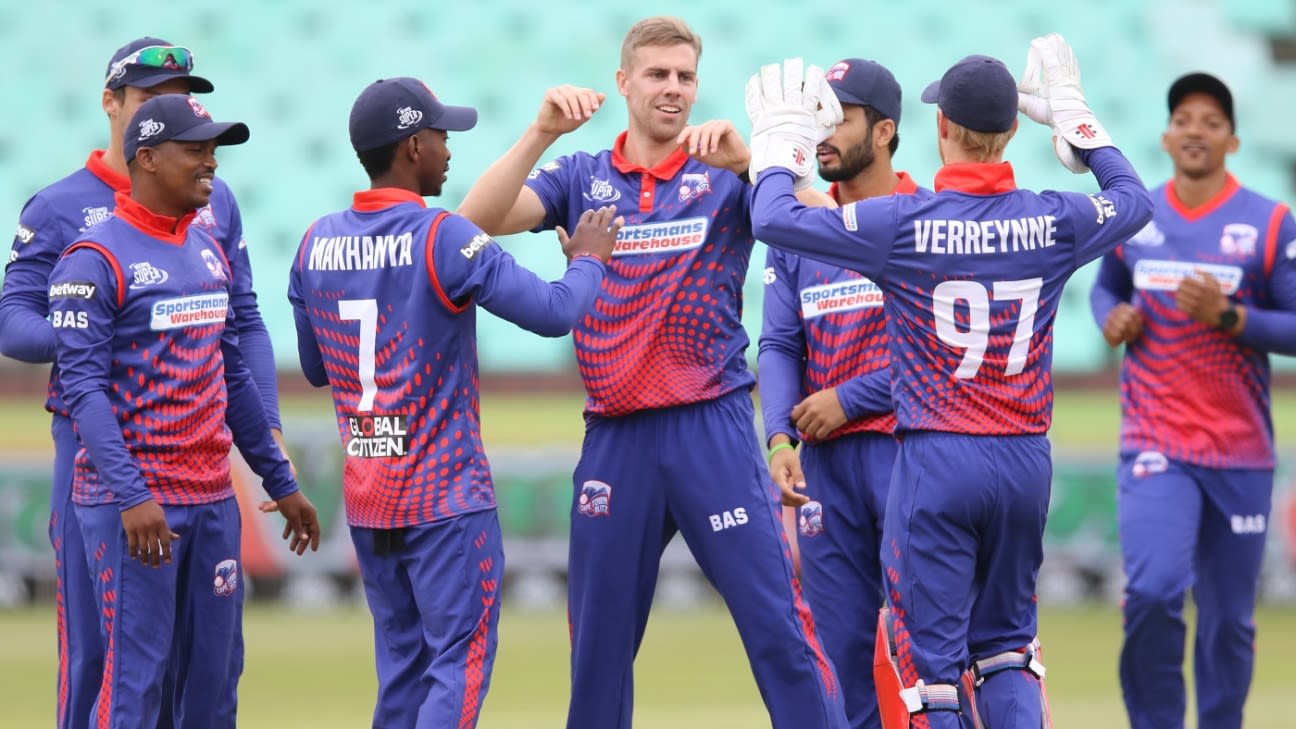 Cricket South Africa has announced the launch of a new franchise-based T20 tournament in association with SuperSport. The first edition of the competition is scheduled to be played in January 2023, immediately after South Africa’s tour to Australia. For subsequent editions, January will be the dedicated window for the tournament.

According to a CSA release, the league will feature overseas players as well, with a player auction to take place at a later date. Each team will be allowed to have up to four overseas players in the XI.

A new company formed by CSA and SuperSport will manage the tournament. “The company is looking at a very attractive player salary bill per team that will rival other leagues around the world outside of the IPL,” the release said.

The tournament will feature six privately-owned teams, who will play each other twice in a round-robin stage before the top three proceed to the playoffs. In all, 33 matches will be played over three to four weeks.

“We are excited by the formation of something this fresh and invigorating, which also offers the opportunity for private investment into the franchises,” CSA CEO Pholetsi Moseki said. “CSA has already received interest from a number of potential local and international investors.”

“We are delighted to invest in a product that will change the face of South African cricket,” Marc Jury, the CEO of SuperSport, said. “There is an early-year gap in the calendar, so the timing is ideal.”

The competition is expected to inject more funds into cricket in South Africa, thereby helping the game grow in the country.