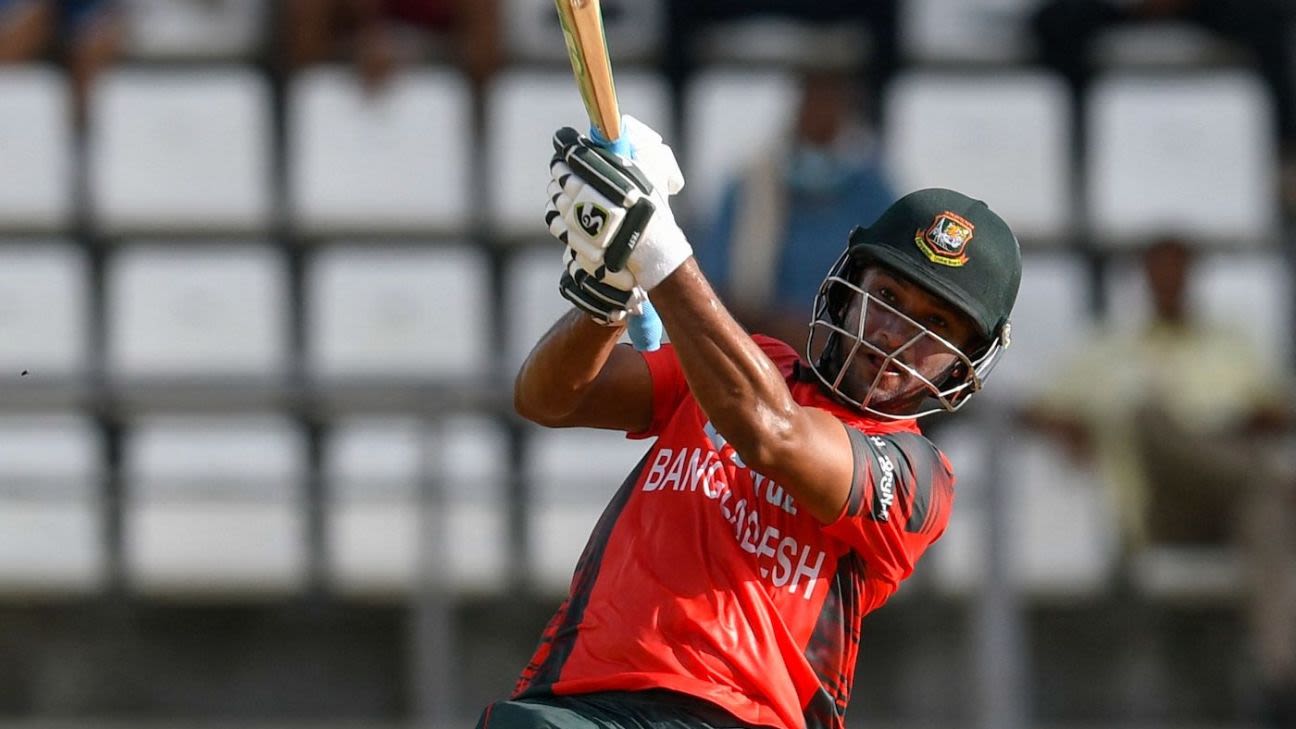 Shakib Al Hasan has joined Guyana Amazon Warriors for the remainder of CPL 2022. He replaces Tabraiz Shamsi, who worked particularly well with his idol Imran Tahir but now has to leave for South Africa duty. The Amazon Warriors’ attack has revolved around their wristspinners’ exploits this season, and though they now lose a bit of that X-factor, in Shakib, they get a player with vast experience and proven pedigree. He is the fifth-highest wicket-taker (419) in the history of T20 cricket.
Shakib’s work in the CPL is also impressive: in 2016, he had won the title with Jamaica Tallawahs and three years later he repeated the feat with the Barbados Tridents (now Royals). He also holds the record for best bowling figures in CPL history, having bagged 6 for 6 in 2013.
Shamsi was always meant to leave Amazon Warriors midway through the season and Shakib was always meant to join them, which is why he had obtained a No-Objection Certificate from the Bangladesh Cricket Board prior to the start of the CPL. But the league will now clash with a T20 World Cup preparatory camp in Dubai and BCB chief executive Nizamuddin Chowdhury said the team management will decide if Shakib will be called back from the CPL to attend the camp.

Amazon Warriors captain Shimron Hetmyer had said that spin would play a huge part in the last leg of the tournament in Guyana.

“It [spin] will be a big factor, especially going down to the end because all the pitches in the Caribbean are quite slow and they get lower and lower as we progress longer in the tournament,” Hetmyer said. “They will play a massive part for us in restricting teams for us and bowling teams out and just making sure if we’re bowling second to cross the line.”

Amazon Warriors are currently at the bottom of the points table with just one win so far in five games.

Nabi and Gurbaz get CPL deals too

Jamaica Tallawahs have signed up Afghanistan T20I captain Mohammad Nabi for the final leg of CPL 2022 in Guyana. Nabi will bolster Tallawahs’ spin attack after they had released Nepal legspinner Sandeep Lamichhane from the tournament earlier this month.
Lamichhane’s exit from the league came in the wake of his suspension by Cricket Association of Nepal (CAN) after an arrest warrant was issued against him in Kathmandu over an alleged case of coercion of another person. Lamichhane maintains his innocence though and said he was ready to face the “baseless allegations”.
Nabi, meanwhile, will also lend middle-order muscle to a fairly top-heavy Tallawahs line-up. He, like most of the other Afghanistan senior players, didn’t feature in CPL 2021 owing to national commitments. In his most recent stint, with St Lucia Kings, he was a vital part of then-coach Andy Flower’s all-rounder heavy side, picking up 12 wickets in 12 games and scoring 156 runs at a strike rate of 124.80. Nabi has also turned out for St Kitts & Nevis Patriots in 2017.
Nabi’s Afghanistan team-mate Rahmanullah Gurbaz has also earned a CPL deal this season, as a replacement player for Amazon Warriors. He is set to slot in for South Africa wicketkeeper-batter Heinrich Klaasen who will return home to prepare for the six-match white-ball series in India, which begins with the first T20I in Thiruvananthapuram on September 28.

Gurbaz is only 20 and is yet to make his CPL debut, but is a well-travelled cricketer, having had stints at Pakistan Super League (Islamabad United and Multan Sultans), Bangladesh Premier League (Khulna Tigers), Indian Premier League (Gujarat Titans) and Lanka Premier League (Jaffna Kings and Kandy Tuskers). In all, Gurbaz has played 90 T20s, boasting a strike rate of 154.