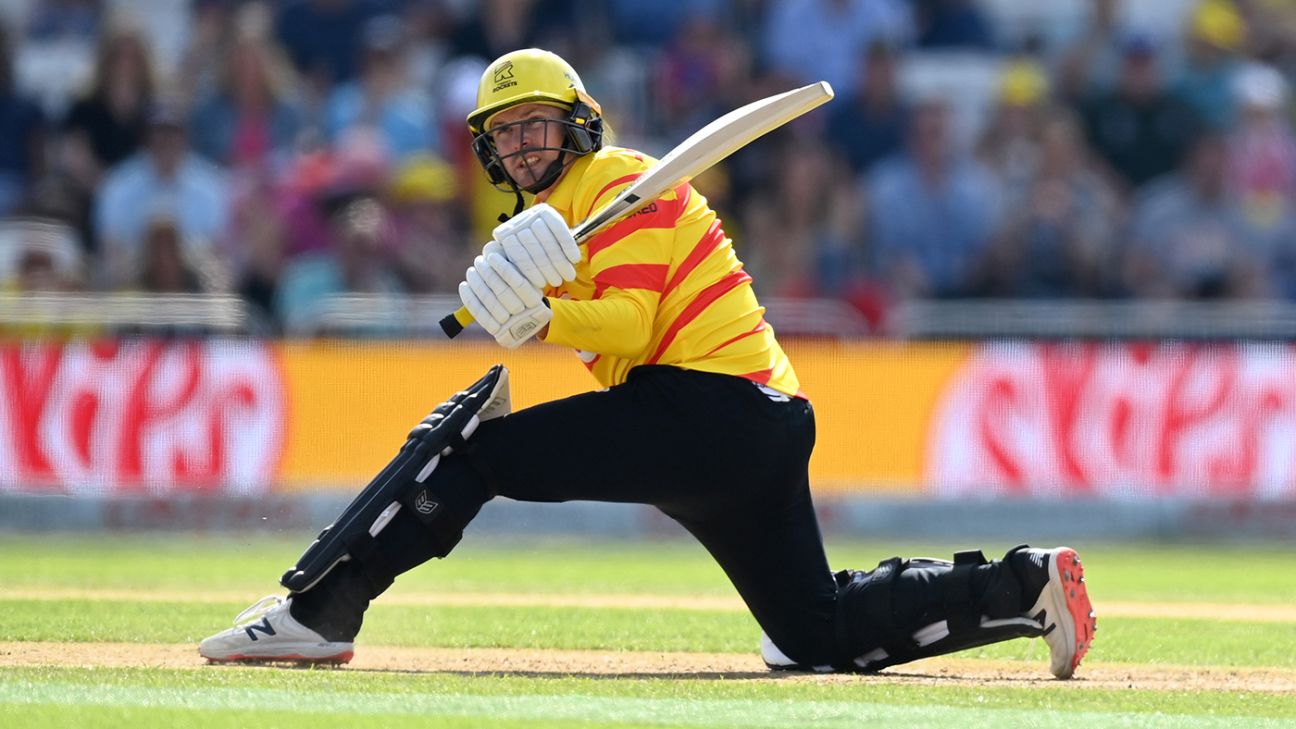 Colin Munro has signed for Notts Outlaws as an overseas player for the 2023 Vitality Blast.

Munro, the 35-year-old left-handed top-order batter from New Zealand, was part of the Trent Rockets team which won the men’s Hundred title in 2022.

He has three centuries from 62 T20I innings with a career strike-rate of 156.44, and has represented New Zealand on 123 occasions across all formats. Munro is also the 12th-highest run-scorer in T20 history, having scored 9,195 runs.

“I’ve witnessed first-hand how much the crowd get behind the team with the Rockets last summer and when I’ve been fortunate, or unfortunate, to come up against the Outlaws at home,” Munro said. “I’m joining a team which plays an aggressive brand of cricket which suits my style and how I like to go about scoring runs. I want to come in and add my experience to what is already a well-oiled machine.”

Munro scored 206 runs in nine matches for Trent Rockets last season at an average of 41.2 and strike rate of 168.85. In addition to The Hundred and previous stints in county cricket with Hampshire and Worcestershire, Durban-born Munro has IPL, PSL, Big Bash and CPL experience, with titles in the latter two tournaments and a total of 365 short-format appearances around the world.

“We’ve spoken a lot about Dan [Christian] and what he brought to us; experience, quality and a positive and dynamic style of play,” Moores said. “I see Colin in the same bracket. He’s got his game sorted, he’s played T20 cricket all around the world and he will complement the likes of Alex Hales at the top of the order.
“We’re conscious of the fact that Ben [Duckett] has done really well for England and there’s more than a fair chance that we’ll miss him for parts of the summer. That’s one of the reasons we wanted to bring Colin in, to make sure we have that wealth of experience to call upon.”
Christian, who won the Blast with Notts Outlaws in 2017 and 2020 as part of a glittering global T20 career, recently announced that he would retire from cricket at the end of Sydney Sixers’ current BBL campaign. Duckett, meanwhile, returned to the reckoning with England’s Test and T20 sides late last year.