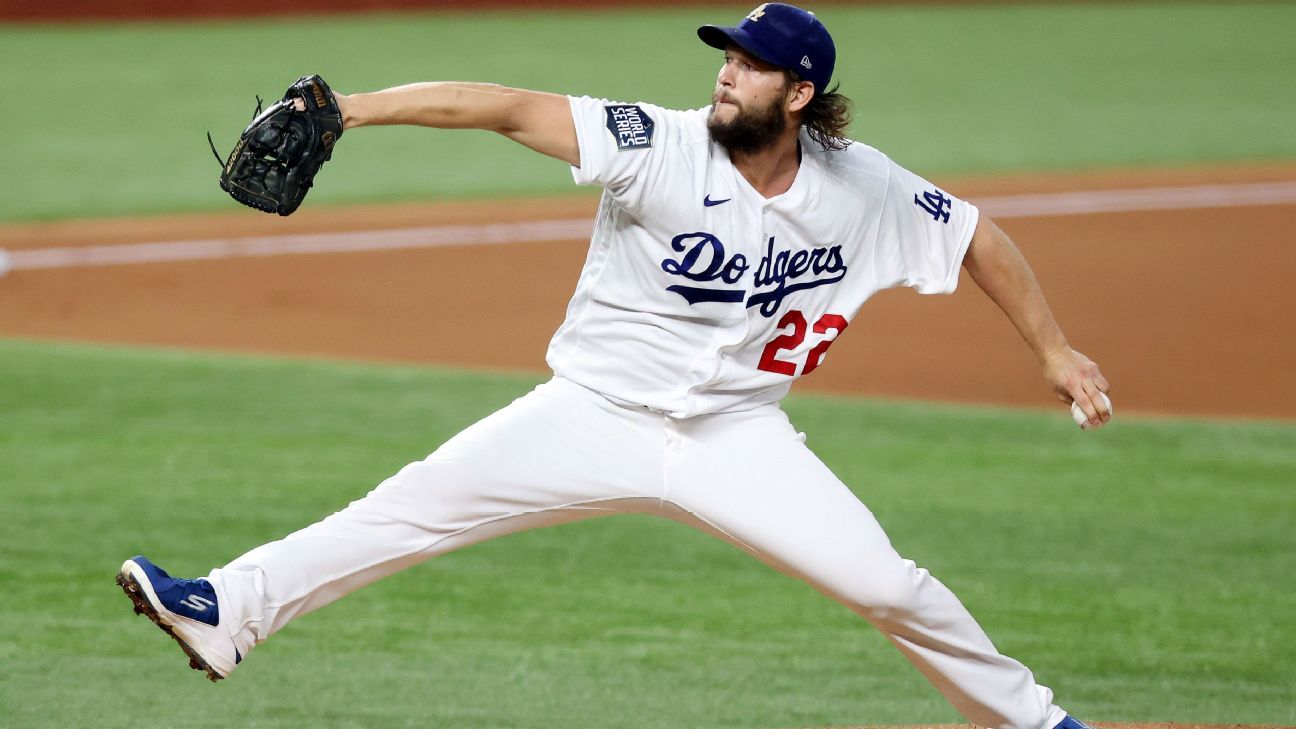 Clayton Kershaw quelled some of the questions about his future with the Los Angeles Dodgers, saying Sunday he would “absolutely” consider the possibility of re-signing with the team after his contract ends this season.

The future Hall of Fame pitcher will turn 33 less than two weeks before Opening Day, and with that long-elusive championship in his back pocket, there’s a perception that this could be his final year in baseball, let alone with the Dodgers.

That perception was strengthened by a Los Angeles Times profile published earlier this month in which Kershaw said he hadn’t discussed an extension with the Dodgers and wasn’t sure if he wanted one.

“I’m on a year-to-year basis,” Kershaw said during his first media availability of the season. “I wanna reevaluate at the end of every year and see how we’re doing — as a family, myself personally, where we are as a team — and then just make a decision from there. I have no intentions of hanging them up. I’m only 32. I feel like I have more years left in the tank.

“If you ask me right now, I really still love playing, I feel healthy right now, I feel like the ball’s coming out good. I’m excited for this year, and that’s really all I meant [by his answer in the L.A. Times profile]. I’m focused on this year and trying to win a World Series, and then after this year, we’ll figure things out.”

Kershaw is a three-time Cy Young Award winner who has already cemented his place as a first-ballot Hall of Famer. But he experienced something of a career renaissance during the shortened 2020 season, tapping back into some lost velocity to finish the regular season with a 2.16 ERA, 62 strikeouts and only eight walks in 58 1/3 innings.

Kershaw signed a three-year, $93 million extension shortly after the 2018 season and will earn $31 million, part of it as a signing bonus, in the final year of his deal.

The Dodgers will exceed the luxury-tax threshold this year and have accepted the strong possibility that they’ll do so again in 2022. They also have the impending free agencies of Corey Seager (after the 2021 season), Cody Bellinger (after 2023) and Walker Buehler (after 2024) to consider.

But those decisions aren’t expected to impact their ability to retain Kershaw, a source familiar with the team’s thinking told ESPN. If Kershaw ultimately wants to remain in L.A. beyond 2021, the Dodgers would be motivated to figure out a way to make it happen.

“I love being here,” Kershaw said. “I love the Dodgers, I love everything about this organization. I just feel really fortunate that I’ve gotten to have as many opportunities as I’ve had to win a World Series, and now that we finally won one, you just don’t take that for granted. I really have enjoyed my time here and continue to do so.”

Wooden Watch – Which Wooden candidate is most likely to go off in a conference tournament?

‘Euphoria’: Everything You Need To Know About The Special Episodes &...