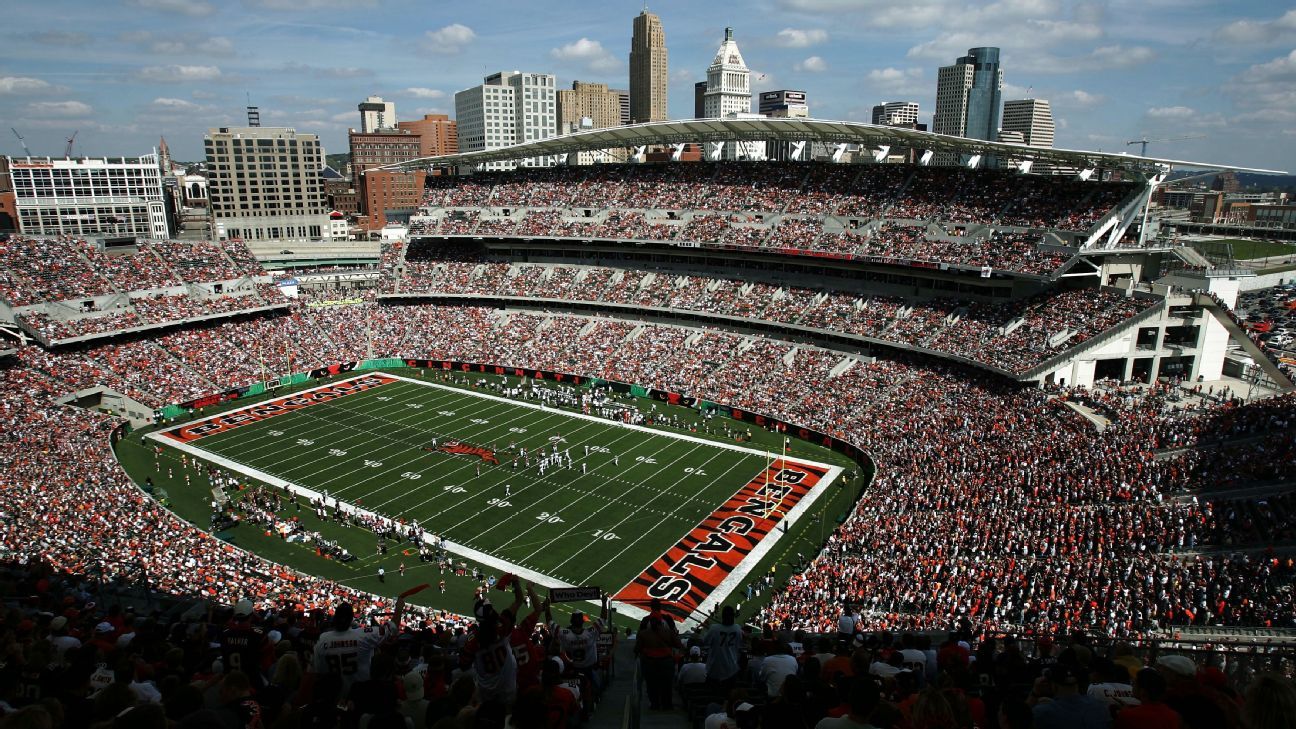 CINCINNATI — The Bengals will have a new name for their home stadium.

The facility formerly known as Paul Brown Stadium will now be called Paycor Stadium, the team announced Tuesday. The Bengals sold the stadium naming rights to Cincinnati-based Paycor, a company that specializes in human resources software.

The agreement is for 16 years. Financial terms were not disclosed.

“This is a move that I think my father would have agreed to. He was always for what is best for the football team,” Bengals president Mike Brown said in a statement. “This partnership allows the Bengals to continue to compete at the highest level in the NFL and exemplifies our long-term commitment to the community.”

The move comes as the Bengals are looking to capitalize on one of the best seasons in franchise history. In 2021, Cincinnati reached the Super Bowl for the first time in 31 years. The Bengals lost to the Los Angeles Rams 23-20.

Since then, the franchise has sold the naming rights to the team’s practice facility, signed Altafiber (formerly Cincinnati Bell) as a major corporate sponsor and now added Paycor as well.

The details of the revenue split from the team’s original stadium lease with Hamilton County remain intact. According to the Cincinnati Enquirer, the Bengals will receive the first $60.5 million and then 70% of the remaining revenue, with the county receiving the other 30%, per the terms of the lease.