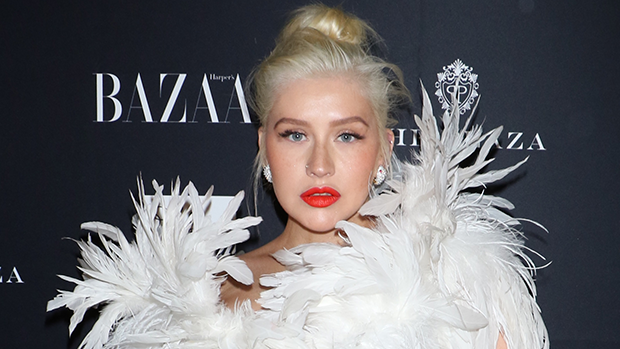 Christina Aguilera, 40, was “genuinely surprised” after being called out by Britney Spears, 39, on Instagram. “Christina wasn’t expecting to be called out from Britney, she was genuinely surprised over the call out. They obviously aren’t close friends with each other anymore, but they still hold a history with each other that Christina feels she should still protect,” a source spilled to HollywoodLife EXCLUSIVELY. “Now Christina would like to have a private chat with Britney to settle some issues that still clearly lie,” they also said.

The awkward social media moment happened when Britney reacted to Christina’s comments (or lack thereof) about her conservatorship ending while attending the 2021 Latin Grammy Awards: a reporter asked if the “Genie In A Bottle” singer had “any communication” with her former Mickey Mouse Club co-star as a publicist intervened and said, “No, we’re not doing that tonight, I’m sorry.” As Christina was being taken away, she quickly added, “I can’t… but I’m happy for her.”

Britney seemed rattled by Christina’s lack of response, and posted the short video clip to her Instagram story. “I love and adore everyone who supported me… but refusing to speak when you know the truth, is equivalent to a lie!!!!” Britney began, writing. the text over the clip on Nov. 20. “13 years being in a corrupt abusive system yet why is it such a hard topic for people to talk about??? I’m the one who went through it!!!! All the supporters who spoke up and supported me, thank you… yes I do matter!!!!!” she also said, following up with a clip of Lady Gaga expressing support.

Notably, Britney’s conservatorship began in 2008. Her father Jamie Spears, 69, served as conservator of her estate until Aug. 2021, when he stepped down after Britney’s pleas in court. The conservatorship finally came to an end altogether in Nov. 2021, meaning the “Toxic” singer will be once again in control of her life and finances.

Many celebrities have spoken up in recent months to express support for Britney, including Christina. “What Christina said back in June [via Twitter] was from the heart as she was really concerned with Britney’s well-being. Now things are clearly very awkward after Britney decided to share her thoughts on what she thinks Christina did or did not do throughout the conservatorship,” the source explained. “She is not looking to be in any type of feud. She wants Britney to be healthy and happy and she doesn’t want to be the cause of any sort of hurt whatsoever,” they concluded.

These past few days I’ve been thinking about Britney and everything she is going through.

It is unacceptable that any woman, or human, wanting to be in control of their own destiny might not be allowed to live life as they wish. pic.twitter.com/NRhNwcJaD3

In the late ’90s and early ’00s, fans would often pit the two against each other as they each had massive musical successes with their early albums. Despite fans participating in a feud, Britney and Christina — who have known each other since they were teens on Disney’s Mickey Mouse Club — always stayed friendly with each other. The two women even introduced Whitney Houston together at the 2000 MTV VMAs.

Back in June, Christina made her thoughts on Britney’s conservatorship drama public. “These past few days I’ve been thinking about Britney and everything she is going through…It is unacceptable that any woman, or human, wanting to be in control of their own destiny might not be allowed to live life as they wish,” Christina wrote on June 28.

“The conviction and desperation of this plea for freedom leads me to believe that this person I once knew has been living without compassion or decency from those in control,” the 40-year-old also wrote. “She deserves all of the freedom possible to live her happiest life…My heart goes out to Britney. She deserves all the TRUE love and support in the world.”