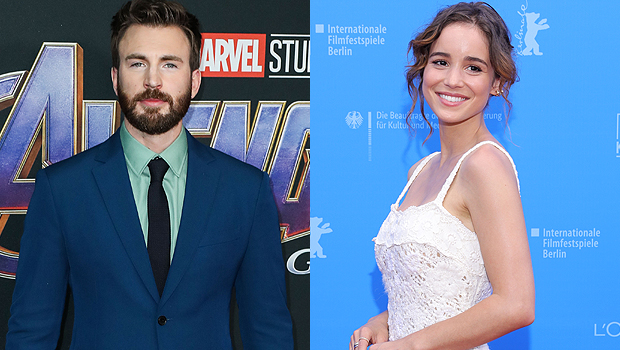 Chris Evans is off the market, according to a new report by PEOPLE. A source for the outlet, which named the 41-year-old actor the 2022 “Sexiest Man Alive” earlier this week, claimed Chris has been seeing actress Alba Baptista “for over a year and it’s serious.” They added, “They are in love and Chris has never been happier. His family and friends all adore her.” HollywoodLife reached out to representatives for both actors and did not receive an immediate response.

The report comes after Eagle-eyed fans suspected a romance between the two due to their social media activity. Chris reportedly began following the Portuguese actress in 2020, and she gave him the follow back in June 2021. Alba has since followed Chris’ brother, Scott Evans, 38. Furthermore, Chris has been spotted in Lisbon, Alba’s home country, and rumor has it that Alba was in Los Angeles with Chris for New Year’s Eve in 2021.

After being named the “Sexiest Man Alive”, Chris opened up to PEOPLE about wanting to one day get married and start a family. “That’s absolutely something I want,” the Knives Out actor told the publication in an interview released on Nov. 8. “Wife, kids, building a family.”

He went on to say that while he loves his work, he believes that having kids is what’s most important. “When you read about most of the best artists, whether it’s actors, painters, writers, most of them [admit] it wasn’t the work they made [that they are most proud of], it was about the relationships, the families they created, the love they found, the love they shared,” he explained. “So it’s also something through my long 41 years that also rings true. Those things are the most important. I love the idea of tradition and ceremony, I had a lot of that in my life so the idea of creating that, I can’t think of anything better.”

While he did not reveal whether or not he’s in a relationship, Chris noted that “a certain level of humility” in a girl is “sexy” to him. “I just think it’s very wise to recognize that you might not know [everything],” he continued. “It’s wise to recognize you could be wrong. It’s wise and mature to be able to say ‘I’m sorry I made a mistake,’ to be vulnerable and not always be looking for the argument or take things to an argumentative place. That takes a lot of maturity and I find that very sexy.”

Upon learning of his “Sexiest Man” title, Chris said he would most certainly get made fun of, rather than applauded. He also said it was a bit “tough” to talk about the honor. “It feels like a weird form of humble bragging,” he admitted.