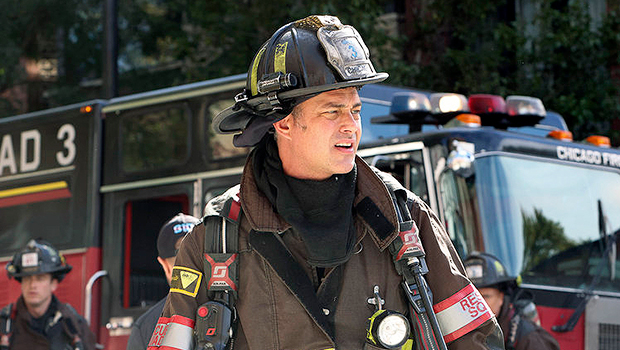 Taylor Kinney is on a “leave of absence” from Chicago Fire to “deal with a personal matter,” a source close to production told HollywoodLife. The source didn’t have any further details to provide regarding Taylor’s exit for the time being. The news was first reported by Deadline.

The outlet reported that the Chicago Fire cast and crew were informed of Taylor’s leave on January 20, the same day the news was announced. Future season 11 scripts will likely be “rewritten to accommodate Kinney’s absence,” according to the outlet.

After more than a decade filming Chicago Fire on location in Chicago, Taylor calls the Windy City “home.” He told TODAY in October 2022, “I’ve been here over a decade. This city’s been good to me. I love the city. I’ve gotten to know it through my work.”

The actor also recently opened up about auditioning for the show, which has since become one of NBC’s biggest hits. “My first audition for Chicago Fire? I was in the circuit of auditioning a lot, so I was decent at it. I remember never having any anxiety. I was excited about it, and then you kind of leave it up to the powers that be,” he told NBC. “It went well, and 10 years later I’m still here bugging you through your televisions while you fold laundry.”

Chicago Fire kicked off the One Chicago franchise in 2012. NBC has solidified its Wednesday night lineup with One Chicago shows: Chicago Med, Chicago Fire, and then Chicago P.D. Chicago Fire hasn’t been renewed for season 12 just yet, but it’s almost a sure thing. The show ended 2022 at #1 among NBC’s scripted and non-scripted series. Chicago Fire season 11 will return with all-new episodes starting February 8.